The Expanding Tyranny of Cant 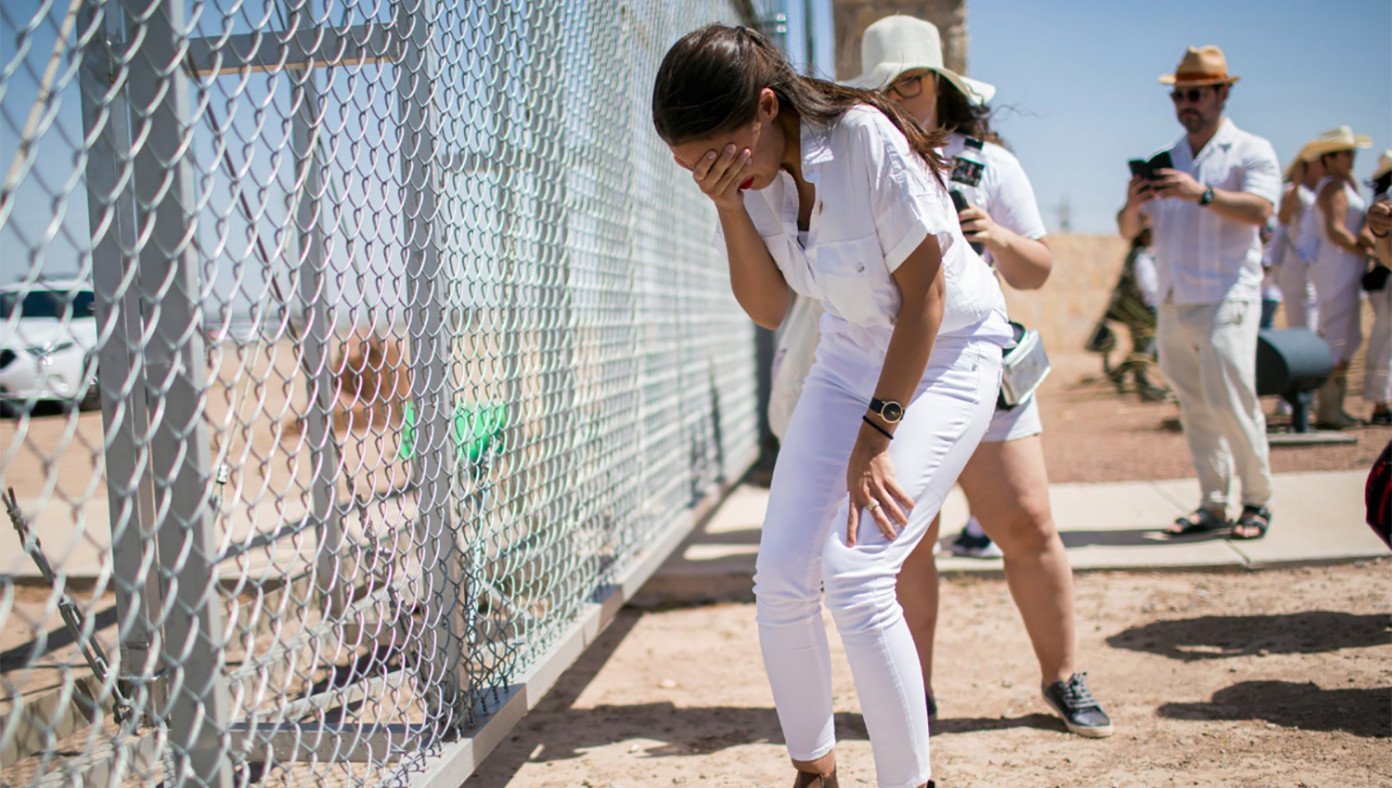 Few people, I imagine, would deny that the political temperature, not only in the United States but elsewhere in the world, has risen of late, though few of us would admit to having been in any way responsible for this other, far more dangerous, kind of global warming.

It is always the others who are unreasonable, never ourselves. We are principled, they are intransigent. Unlike them, we would be prepared to compromise if only their demands were not so outrageous, if only they didn’t so brazenly demand the total abandonment of all that we stand for.

A major proximate cause of the polarisation of opinion and consequent envenoming of political life is what the authors of this book call grandstanding, though a better word for it (in my opinion) is cant, a word which, oddly enough, they never use.

To cant is to utter moral sentiment far in excess of what is felt or could ever be felt. The purpose of cant is either to present the person who utters it as morally superior to others or to himself as he really is, or to shut other people up entirely. These purposes are not mutually exclusive, of course.

Cant is not new in the world, though the authors of this book offer no history of it. “Of all the cants that are canted in this canting world…” Laurence Sterne wrote more than quarter of a millennium ago, and Doctor Johnson suggested that his interlocutor should clear his mind of cant. My late friend, Peter Bauer, when elevated to the House of Lords, took “Let us be free of cant” as his heraldic motto, but far from ushering in an era free of it, subsequent years have proved a golden age of cant. The social—or antisocial—media have been a powerful catalyst of cant.

The authors are more concerned with descriptions and typologies of cant than with explanations of why it should be so prevalent now. They are very anxious, understandably so since they are academics working in universities, to be politically even-handed that they miss an obvious point, that cant is now much more prevalent and powerful on the left than on the right. (Outright lying seems to be evenly distributed across the political spectrum.)

It was not always so: cant can switch sides, and it is within living memory in Wales, for example, that religious cant held sway. Indeed, the only Welsh joke that I know pokes fun at that religious cant: a young congregant asks a preacher whether it is permissible to have sex on Sundays, to which, after thinking for a while, the preacher replies, “Yes, so long as you don’t enjoy it.” A great deal of Islamism is also cant, which the authors do not mention.

How does one distinguish cant from real concern or real emotion? The authors rightly say that there is no fool-proof test. Some people are more sensitive than others to the wrongs of the world: as Mrs. Gummidge puts it, “I feel it more.” But if I were to say with a pained expression, “I am so concerned about the situation in the Southern Sudan that I cannot sleep at night,” and you knew perfectly well that I slept like a log the night before after dining well, and furthermore that I had no connections whatever with the Southern Sudan, you would know that I was canting.

As the authors point out, canting has an inherent positive feedback mechanism. For example, in the game of more-compassionate-than-thou it is always possible to be outflanked by someone who claims an even wider circle of concern, a deeper fellow-feeling with the downtrodden, than any that you have expressed, so that you feel obliged, in order to come out top in this competition, to go another step beyond your original claim, which was bogus to start with. Once you start canting, it is difficult to stop, at least in the short term.

But does canting have to be conscious to exist? Here the authors enter difficult philosophical territory which is highly complex and I am certainly not qualified to explore. What is it for someone to be both the deceiver and the deceived, or for someone to deceive himself by believing and behaving as if he cares about something when in reality he doesn’t? Of course, cant may be used consciously and cynically, as when a politician knows that he needs to express deep feeling for some tragedy to which he is completely indifferent. But the demonstrators in Portland, Oregon, for example, or most of them, are not cynical in this crude way.

He who will examine the motions of his own mind, as Dr. Johnson put it, will soon come to acknowledge how mixed his motives and feelings often are. Outrage which may once have been genuine soon declines to mere abstract condemnation, the red-hot declining to the lukewarm; but since outrage is to the mind what whisky is to the body on a cold day, people try to keep it going for the pleasurable sensations it imparts, and it then becomes cant. To someone observing your behaviour and listening to your words, perhaps, nothing has changed; but the inner experience has changed. However, if you have successfully inducted others into your cant, if they echo it and exceed it, you can disguise even that change in the inner experience from yourself because your cant stands validated by others. Cant is a contagious disease, and there is no lasting immunity from it.

Cant matters for a number of reasons that the authors enumerate. It destroys moderation. It is cruel and intolerant towards those who think differently. It divides people into the saved and the damned. Because it is one-sided and does not recognise the complexity of life, let alone the tragic dimension of life, it encourages bad policy in the name of some supposedly immaculate principle. People who cant are often willing to decimate a countryside because actual results as experienced by others do not interest them. What they are interested in is how they appear morally to others, and that only as a means to advancement. Cant is careerist.

It is also dictatorial in vocation. It not only demands no contradiction but, when it has taken over the minds of the ruling class of institutions, it demands positive assent. “Silence is violence” said the Black Lives Matter activists; and many universities now demand diversity statements by applicants for jobs, demonstrating or pretending how they would go about fulfilling the universities’ aims of diversity, inclusivity, and equality. Where cant rules, the right to silence is abolished.

The authors are clear that because something is cant, it is not necessarily false or wrong. It does not follow from the fact that I don’t care very much about the treatment of the Uighurs that, when I go out, demonstrate and shout slogans about it, pretending to be much more concerned than I actually am, that the Uighurs are not indeed abominably treated. But cant tends to error because it relies on emotion and superficial knowledge, though it is not wrong because it is cant. The authors suggest, therefore, that we be careful not to dismiss a message on the grounds that it is cant, even though, more often than not, it will be wrong if it is. Indeed, they say that on occasion cant may do some good, if it attaches people to a noble cause.

Nevertheless, the authors are against cant, even where it does good. The problem with cant, they say, is that it is not respectful of those to whom it is addressed. Their moral theory seems to me a little strange, not to say shallow. They begin “Some would say ensuring respect for others is the whole point of morality” and then appear to be among them:

This seems to me itself to be approaching cant, certainly to procrusteanism, the attempt to fit something into a pre-established mould. The demand for respect, indeed, is often cant. Surely we would say of a bad immigration policy that it was cruel to children, not that it was disrespectful of them. There is the distinct favour of Uriah Heep about this account of morality.

I do not think that this book will tell anybody who has read a little literature, reflected on his experience of people, or tried honestly to look into himself, much about its subject. Surely all of us have sometimes exaggerated the degree to which we feel for or against a moral position in order to appear morally grander in the eyes of others than we are, or perhaps merely from fear of diverging from the view of the social group with which we are associated, so that we all know about canting from the inside, as it were.

For an elderly person like myself, the use of the impersonal she in this book, even in situations when he would be more appropriate, is disturbing. If the use is self-conscious, it is cant. Moreover, sometimes it leads to muddle, when the authors try to restore the balance with a male impersonal pronoun or two. Here is a passage relating the tendency of cant to make use of bogeymen:

Bogeymen grandstanding accomplishes two things. First, it communicates that the out­group is too vicious to be trusted, since it intimates that the grandstander and her audience are not only morally better than such people, but also united in opposition to them. Perhaps the grandstander will even protect his audience from the hated figure and the movement she represents. Neither of these messages bodes well for potential compromise with those on the other side who are not bogeymen.

And surely it should be bogeyperson?

I note that my spellchecker does not draw my attention to this locution, though it does to hangperson. I am furiously, incandescently angry at this gross inconsistency.