The Fascistic Drive for Equality 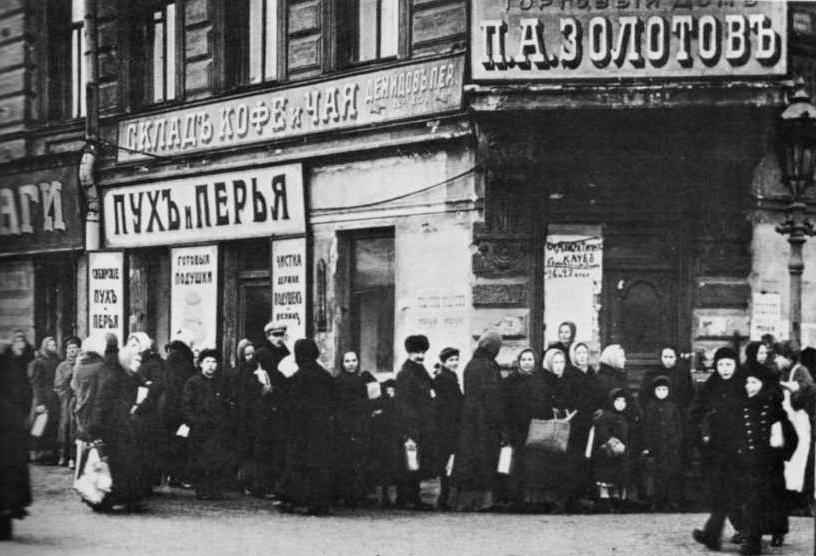 Bread line in the Soviet Union

We live in an age of social engineering, in which unprecedentedly large numbers of people know, or think that they know, what is best for society.

They mistrust spontaneity, believing it necessarily to result in injustice, and have a profound faith in their own wise guidance, under which humanity will at last be led to the sunny uplands of freedom, justice and equality. It does not generally occur to them that their desiderata may conflict with one another.

The most important tenet, perhaps, in the drive for totalitarian social engineering of the proto-Stalinist variety is that all differences in desirable—or at least desired—outcomes between identifiable groups, even in the most open society, can only arise from injustice or the exercise of illicit influence by the already powerful. This idea is now so deeply entrenched in a large part of the intelligentsia that it has become almost an unassailable orthodoxy.

Like a gas leaked into the atmosphere, the orthodoxy seeps everywhere, even into the remotest corners of the intellectual world, for example into the British Journal of Psychiatry. This month’s issue has an article titled “Gender equality in academic publishing: publishing action from the BJPsych.”

This article accepts, implicitly and probably without realizing it, the arguments of the anti-Semites and Nazis in Germany before 1933: namely that there were too many Jews in academia, in medicine, in commerce, in law, and in the information and entertainment media of the time such as publishing, newspapers, theatre and cinema.

The fact that Jews were over-represented, even grossly over-represented, in these important fields was statistically undeniable, but instead of inquiring what qualities—for example, hard work, talent, aspirations—had led to this result, the anti-Semites and Nazis indulged themselves in the simple and much more politically and psychologically gratifying theory that there was a Jewish conspiracy to take over society and a freemasonry among them to secure what Marxists used to call “the commanding heights.”

The solution to the “problem” was to get rid of the Jews and take over the positions for themselves. Of course, once in power they turned out to be less enthusiastic about extending their principle to non-Nazis and other groups.

The article, as is now depressingly common if not yet quite universal, confuses equality and equity, indeed more or less claims that they are the same thing: “The current inequality in academic publishing is a reflection of the male-dominated hierarchy that used to exist throughout medicine, and although much improvement has occurred in the clinical realm, this inequity remains within research structures.”

Here the only solution is for there to be complete equality between men and women in the numbers of research papers published. In this worldview, no other variable is important: for example, the quality of the work submitted, which one might have thought was important for a supposedly scientific journal which goes to the trouble of having papers peer-reviewed.

The drive for equality trumps all other considerations. The assumption that of 100 best papers, 50 will be by men and 50 by women could be the case but is not necessarily the case and in fact is statistically unlikely to be the case.

Actually, I am not being quite fair here, the authors do say that certain other demographic features of authors should be taken into account. I will give you three guesses as to what these are. Yes, I’m sure that you guessed right, at least in part: they are race and genders other than simple male and female.

With regard to gender, the authors mention only non-binary in addition to male and female, but this is surely a very reduced number, albeit that the precise number has yet to be worked out—there are so many new ones. Genders are like human rights, in fact: new ones are discovered every day.

Why is class-origin or religion not included in the search for demographic justice? These are important characteristics or determinants of people’s trajectory through life. It is obvious, for example, that the majority of psychiatrists are middle-class, and even if they started lower down the social scale they soon take on the characteristics of a class higher than theirs of origin. So it seems that matters of equity-as-equality turn out to be rather complex.

They are made all the more complex because no denominator of the relevant characteristic is mentioned. Take, for example, the question of what proportion of the BJPsych’s published papers should have a Moslem as a first author.

Is it by comparison with the proportion of Moslem psychiatrists, or of Moslems in the population, and if so in what population? That of the world, or of Britain, or of the city in which a Moslem psychiatrist happens to live? Which is the relevant comparator? One might soon find oneself having to impose a “numerus clausus” against overrepresented groups (such as Jews or Indians or Chinese).

Now of course it is perfectly true that in an informal system that does not place a demographic grid over applicants for jobs or those who submit papers for publication will be subject to biases. But life cannot be made entirely fair, and the attempt to make it so will not reduce but rather fan disgruntlement.

The fairness of a situation will be pored over like Roman soothsayers used to pore over the entrails of a chicken, and with the same degree of accuracy. Conflict will be eternal and resentment stoked further.

It is not a coincidence that many of the most resentful people are also successful in their careers. They may well have struggled against some unfairness or other and triumphed in the struggle, but are still not satisfied, and will not be satisfied to their dying day.

It is not enough that they had sufficient opportunity themselves to make good: they want to reform the world, at the same time—and not altogether incidentally, perhaps—accruing great power to themselves as the panjandrums of social justice.

There is one word for the article, for once not misplaced, not used as an insult but descriptively: and that word is fascistic.

PrevIsrael is not an Apartheid State
Staying on the Plantation: Racial Insensitivity and the Power of Social MediaNext