The Liberals are failing us on many fronts 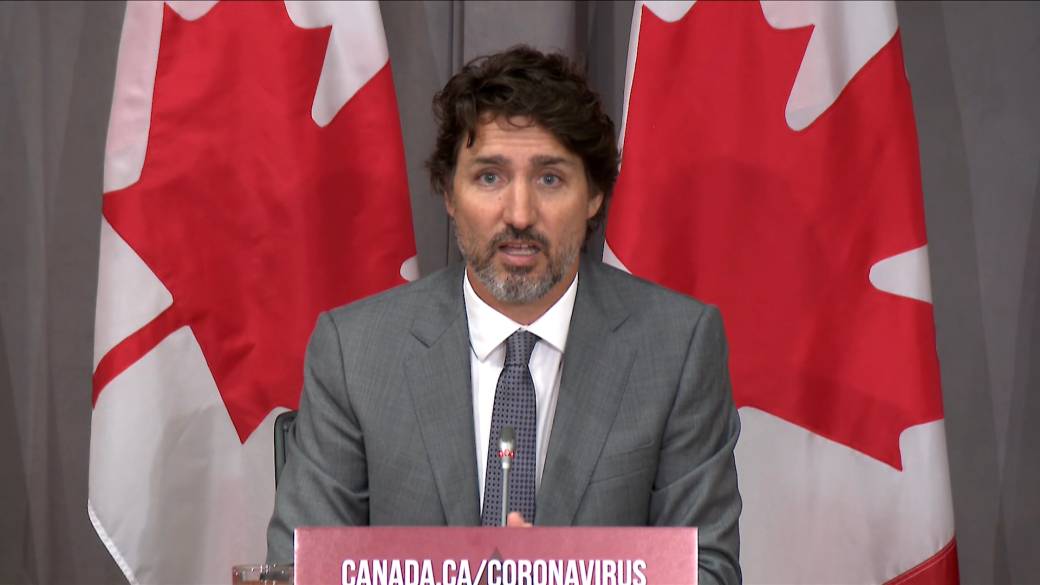 The handling of the COVID-19 crisis by the various governments in Canada has been diligent and sincere, but the objective of eliminating the virus altogether as in New Zealand was always a fantasy, and is now a completely insupportable burden to the country. Unless a vaccine is discovered soon (unlikely), the only economically sustainable way to deal with this illness until such a vaccine is ready is through what is inelegantly described as “herd immunity.” Canada essentially followed the initial international model of a shutdown to slow the rise and spread of the illness in order not to overload the health-care system, but it did not follow the United States and others into the second phase of reopening the economy as quickly as possible to prevent economic devastation and the ancillary problems of a serious deterioration of the mental and financial health of society.

The data gained in the three months of general lockdown indicated that approximately 80 per cent of fatalities occur in the 20 per cent of people with challenged immunity systems, especially the elderly, and it became obvious that the only practical course was to focus altogether on protecting the vulnerable and bringing the rest of society back to normalcy as quickly as possible. Since over 90 per cent of people in all age groups have minimal or no symptoms, such a policy, if carefully structured and adhered to, need not inflict hardship on many people. No government in any civilized country would monetize a life, but it is obvious that reactivating a country is far more important than hobbling everyone to achieve marginal reductions in fatalities of susceptible individuals who already have reduced life expectancies.

Allowing the coronavirus to spread amongst people healthy enough to repulse it without serious discomfort steadily reduces its danger as it is much weakened if it returns to a survivor. This is “herd immunity” and was always the only way to defeat this virus before a vaccine is available. Everything — schools, entertainment centres and certainly any outdoors attractions, such as parks and beaches, should be opened at once. Reasonable safety precautions are warranted; masks are often advisable in confined places, and restaurants and bars should not be crowded. Those vulnerable to the illness must have maximum assistance, but if they are autonomous and not in the care of others, they have the duty to be cautious also.

Canada is absurdly and self-punitively restrictive about travel. Canadians returning even from European countries with lower incidences of COVID-19 than Canada, such as Germany and Switzerland, are still required to self-quarantine for two weeks. This should apply only to people that have recently been in high-risk places. All intra-Canadian travel should be unrestricted — the present regime of in-country travel is like going across Europe 80 years ago from one dictatorship to the next being told “your papers are not in order,” as in grainy films of the 1930s.

As a country, and as a species, we have to emancipate ourselves from the paralytic fear that has reduced us to inert moles and snitches, a pitiable condition that the federal government has endlessly encouraged. It is hard to be precise about these things but amongst the 80 per cent of comparatively risk-free Canadians the fatality rate of the coronavirus is approximately one in 20,000, a statistical insignificance. Even among those in the 20 per cent who are more vulnerable, the fatality rate is not much more than one in 1,000; our overall death rate, 237 per million people, is lower than all other large advanced countries that publish credible numbers except Australia, Japan and Germany.

While the federal government has been pursuing a will-o-the-wisp of viral eradication, the economic consequences of the coronavirus have reached horrifying proportions. Lack of economic competitiveness has been a substantial and growing problem throughout the Trudeau years. We now have one-ninth of the population of the United States, and only one-12th of its gross domestic product; and 150 per cent of Australia’s population but only 125 per cent of Australia’s GDP, even though Canada is a country of much greater natural resources, as well as being economically much more conveniently located next to the world’s greatest market than Australia.

The self-preening Peter Pan naivete of the present government’s policy choices has provoked an immense reduction in foreign investment in Canada and a radical upsurge in Canadian investment elsewhere. People vote first with their wallets and then with their feet. The implications of this are obvious and dangerous. I refuse to snigger if my cordial acquaintance Margaret Trudeau can collect $250,000 for speeches from WE, the foundation of the precocious and talented hustlers, the Kielburgers (which is not to say that WE does no good works — I assume it does). But gifting WE Charity a contract to oversee $900 million in spending with no elaboration and no serious job description and no competing bids and no recusal from the prime minister on the decision is egregious conduct with no precedent in the vast sticky-fingered history of the Quebec patronage system. Hector Langevin, Honoré Mercier, Israël Tarte, Alexandre Taschereau, Jacques Bureau and the entire membership of Maurice Duplessis’ Union Nationale would be horrified.

It’s all of a piece: we trail the entire world in reopening the economy as capital is fleeing the country and the national debt skyrockets while the prime minister feathers his friends’ nest, wages war on Alberta and the oil and gas industries for spurious climatic reasons, deluges preferments on native leaders and hangers-on and distracts the country with endless piffle about gender. In democracies, people get the government they deserve and the basic problem is not the inadequacy of the Trudeau government, which is still apparently somewhat popular, even though it is almost completely inadequate.

The problem was inadvertently expressed in an interesting article by John Ibbitson in the Globe and Mail on July 2. He correctly described the leadership race in the federal Conservative party as “lacklustre” and referred to the three strains of conservatism, libertarian, red toryism and traditional institutional, faith-based conservatism, and dismissed them all as obsolescent. In fact, as I have advocated elsewhere, they can be blended together and topped up with some original concepts, especially in taxation and social welfare benefits and education policy, and the result would shatter the derelict hulk of contemporary liberal (and Liberal) pseudo-virtuous tokenism, aggravated by extravagance and swaddled in humbug. But in the midst of his rather stimulating piece, Ibbitson uttered a startlingly inane comment that brilliantly summarizes the current Canadian malaise: “Anyone who denies systemic racism (in Canada) has failed to examine their soul.”

I have examined my soul thoroughly and found much fault, which I repent appropriately, but I deny the country is systemically racist. There is racism, in institutions and individuals, but it is rare in anyone of authority in the “system,” despised when revealed, and in steady and terminal decline. The problem is we are falsely accusing ourselves of heinous shortcomings and failing to make our way in a Darwinian world.

If we do not build and strengthen our own country sensibly, we will be resistless against those who compete with us. The Kielburgers (and the Trudeaus) disdain materialism, though they do not eschew its benefits personally, and materialism determines peoples’ living standards. If this crew doesn’t rediscover the purpose of government, it won’t be personing the regime even to the end of the present (minority) term. We do not deserve the government we are now receiving.