The Logic of Political Correctness: Avoiding a Word Means Avoiding the Truth 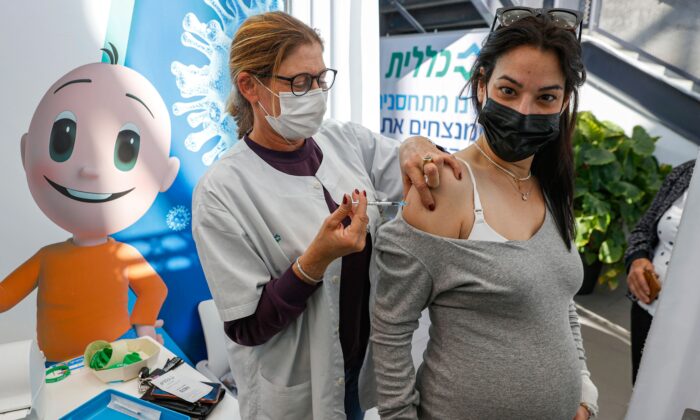 The mills of political correctness grind exceeding fine, though unlike those of God or justice, they also grind rather fast. Nothing is too small or insignificant for them, nothing can hide from them for long.

Recently I noticed an article in the online version of the Journal of the American Medical Association titled “Pregnant People’s Paradox—Excluded from Vaccine Trials Despite Having a Higher Risk of Covid-19 Complications.”

Pregnant people? What kind of people? Women, surely? But it seems than the word women, at least in certain contexts, has become some kind of insult, as strenuously to be avoided as another well-known insulting epithet.

Here, for example, is a paragraph from the article: “January 7: The US Centers for Disease Control and Prevention (CDC) updated its COVID-19 vaccination guidelines for pregnant people. ‘Based on how [messenger] RNA [Pfizer-BioNTech and Moderna] vaccines work, experts believe they are unlikely to pose a specific risk for people who are pregnant,’ the update’s authors wrote. However, the actual risks to pregnant individuals and their fetuses are unknown because the vaccines haven’t been studied in this population. The bottom line, the CDC said, is that vaccination ‘is a personal choice for people who are pregnant.’”

Note how delicately the word women is avoided here. It is as if it were a pure coincidence, mere chance, that women and not men were the ones who were pregnant, and that it might well have been otherwise.

It is not difficult to see the implicit lie that underlies and motivates the semantic evasion in the article, a lie which it appears that an important government agency (the CDC) now accepts and is willing to collude with, spread and no doubt soon to require adherence to as a condition of funding.

The lie is that there is no biological difference between men and women, a lie that has been adopted in the most cowardly possible fashion because of the activity of a very small but ruthless pressure group. In Britain, people (not only pregnant people) may change their sex on their birth certificates, a revision of history at which even Stalin might have balked.

Increasingly in learned journals and other publications for the intelligentsia, the locution “women and men” is used instead of “men and woman,” despite the fact that the latter trips off the tongue much more easily and is more grateful on the ear, just as “ladies and gentlemen” (soon to be an outlawed locution, no doubt) trips off the tongue and is much more grateful on the ear than “gentlemen and ladies.”

There are, perhaps, few ladies and few gentlemen left—note that I put the sentence this way round in the interests of euphony rather than of ideology—but that is another matter.

To abandon the locution ladies and gentlemen because there are no ladies and no gentlemen any more, in the sense that we have all become unmannerly brutes, is different from abandoning it because there might be a transexual in the building, or rather (since transsexuals want to be ladies or gentlemen), a person of the many indeterminate genders that have recently been discovered or acknowledged to exist.

One might regard the ludicrous circumvention of the word women by JAMA and the CDC as of trivial import, but I think that this would be a mistake.

Indeed, it is the very smallmindedness, or if you like thoroughness, of it that gives it its significance, for it suggests a policing of language that is so totalitarian in sensibility.

And perhaps what is most alarming about it is that there is no central dictatorship, such as that of Nazi Germany, that is commanding a change of language and terminology.

Under a totalitarian regime it is at least understandable that people adopt the new language, because they are afraid not to do so and will be denounced if they do not. We, by contrast, are surrendering in anticipation of totalitarian victory.

The very absurdity of the expression “people who are pregnant” is an advantage from the point of view of those who would like to impose a totalitarian regime on the rest of us (forgetting, as they do that totalitarian regimes quickly devour their young). If we are forced in one way or another to use absurd locutions, we forgo our probity, despise ourselves, and then lose all will to resist.

Suppose I want to publish an article in a prestigious journal that insists upon a language code with which I do not agree, but which will not publish what I write unless I accede to it. I am then faced with the choice: abandon my article, or abandon my principles.

You can go elsewhere, you say: and for the moment you are quite right. But increasingly, though informally, every publication—at least, every prestigious publication, whose contents are noted—adopts the same or similar language code (which, of course, changes rapidly, as did official history under Stalin, to ensure that we remain in a state of anxious vigilance, for todays “correct” locution may tomorrow be evidence of bad character, if not of thoughtcrime).

Perhaps there will remain a few publications in which one will be able to publish, just so that the mainstream can claim to be tolerant: but they will play the same role as the non-communist political ‘parties’ in the people’s republics of Eastern Europe immediately after the communist takeover.

We are all—or many of us—careerists in the sense that we want to get on. This is not necessarily discreditable: an entomologist wants to make a contribution to entomology. If in the process of getting on, we have to sacrifice a few little principles, agree to things we don’t agree with, just in order to get on with our real life’s work—well, it is regrettable, but so be it. Anyway, people have always had to sacrifice their principles to an extent, so the change is of degree rather than of type.

And thus, before long, we shall all call pregnant women people who are pregnant, and adopt whatever other absurd and sinister locution the pressure group du jour dreams up, until no one can tell the truth any more because the very concept of truth will be despised.

PrevBiden Appoints Another Israel-Hater: Uzra Zeya
Easy Meat by Peter McLoughlin is Back on AmazonNext