The Revival of English Identity 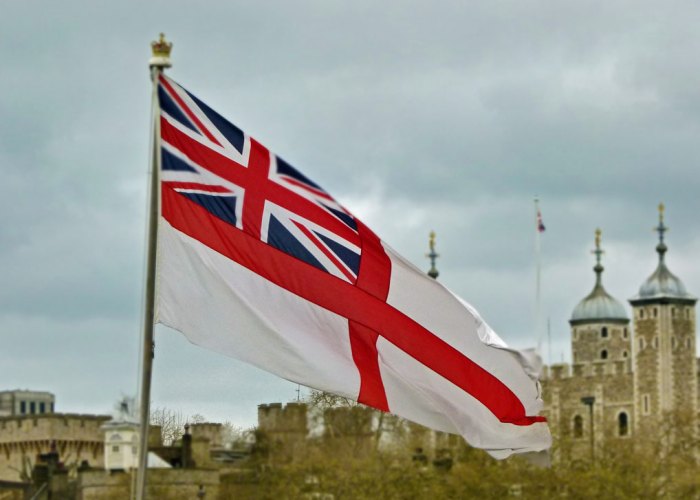 Smile at us, pay us, pass us, but do not forget for we are the public of England that never have spoken yet.

What does it mean to be English in a multi-ethnic society?  The distinction between “English” and “British” has always been nebulous. The popular 1939 song, a patriotic defiance of the Nazis, heralded, “There will always be an England while there’s a country lane, while there’s a busy street.” So will be the Morris Dance around a maypole, Yorkshire tea, and Cornish cream scones. Iconography is emotionally moving. The flag of St. George flies and the White Cliffs of Dover are compelling. The question now is whether there is a significant sense of English identity, and if so whether it is growing in a land of competing national identities where different flags are flying.

The area known as England had an identity under the Anglo- Saxons, but took its name from the Angles, a Germanic tribe during the 5-6th centuries. It became a unified state in the 10th century. It had a significant impact on the world, with its attributes of the English language, Anglican church, the common law system, the parliamentary system of government, and later in the 18th century the industrial revolution. That impact is declining for various reasons: the loss of empire and dominance, decline of past greatness, and the spread of Scottish and Welsh nationalism.

The different units of UK have taken part in an intellectual and scientific evolution, an industrial revolution, the building of an empire, and military power. Now the union is weak and fraying, not least because of Brexit and Britain’s exit from the EU. Three factors are pertinent:  whether the Union can hold together in its present form; whether England could survive as a separate entity; and whether any of the constituent parts of the Union if they declared independence would have different pollical and cultural values from the UK at present.

Is a dramatic change in the political structure likely? Much depends on the consequences of Brexit, which the country is unenthusiastically undergoing, and the strength of the demand for separate independence of the units. The votes on Brexit are germane. In the referendum on June 23, 2016, on whether to Leave the EU, the vote, with turnout of 71.7%, was 51.8% (17.4 million) to Leave to 48.1% (16.1 million) to Remain.

A new book, Englishness by Alisa Henderson and Richard Wyn Jones argues that politically there is a big difference between people who self-identify as “English” and those who identify as “British but not English.” The basic argument is that Englishness is related to and correlated with a very strong sense of grievance about England’s place in the UK, and the feeling that England is losing financially and politically to the other units, particularly to Scotland , a country which has been linked with British politics,  prime ministers and cabinet members, and free trade, and which has a separate  church and legal system .  The grievance asks, why should the Scots and Welsh have their own parliament, but England does not? Scotland for example since July 1, 1999 has a devolved, unicameral legislature with power to legislate on all areas, education, transport, health care, except those explicitly reserved for Westminster.

Scotland was an independent kingdom through the Middle Ages, and many of its citizens now favor independence.  First there was pressure for devolution, in 1979 when 52% to 48% voted     in favor, and in 1997 when 73% were in favor. Devolution was obtained in July 1999.  The referendum in 2014 on whether Scotland should be an independent country was defeated; 44.7% were in favor and   55.3%   were against. Had it not been for COVID-19, another referendum would have been held in 2020.

The pressure for independence is amounting as the major political party the SNP, which is expected to win most seats in the Scottish parliament election in May 2021, is strongly in favor of it. If it succeeds it would give Scotland full decision making power, over items such as nuclear disarmament, defense and foreign policy, removal of Trident nuclear weapons, and full exploration of North Sea oil and gas, and adopting the euro.  Yet links will remain.  About 700,000 adults born in Scotland live elsewhere in UK, and 470,000 who were born elsewhere live in Scotland. Moreover, 60% of Scotland’s exports go to the rest of Britain, and cost over 6% of  its GDP. One major problem is the fear of Wales and Northern Ireland following lead of Scottish independence movement.

English nationalism until recently was not pronounced so strongly. As so often, George Orwell spoke the truth. In his essay England, your England, written in 1941, he wrote, “It is quite true that the so-called races of Britain should feel themselves to be very different from one another. England is perhaps the only great country whose intellectuals are ashamed of their own nationality.”

Brexit which has weakened the union has made a difference in assertion of English identity and deep pride in Britain’s past. The number of people who describe themselves as exclusively or mainly English is increasing. They feel left behind as other parts of the UK are getting disproportionate benefits. They are more Eurosceptic than other areas, and hold that   English identity is incompatible with membership of the EU. English nationalism is not a rejection of Britain, but is a combination of commitment to and pride in the past of real identity, bound by culture, history, language and a sense of grievance about  the place of England in the UK today.

The number of people who describe themselves as exclusively or mainly English is growing,

All this is not without ironies. One is that the most extreme advocate of Leave, the break with EU was UKIP (UK Independence Party). A second is that the book, Englishness is written by two scholars both at non-England universities, Cardiff and Edinburgh.  A third concerns the speech by John of Gaunt in Shakespeare’s Richard II, perhaps the most   famous invocation of English patriotism, “This royal throne of kings…this blessed plot, this earth, this realm, this England.” Eloquent but mistaken. The ambitious John of Gaunt, Duke of Lancaster, for twenty years was most interested in pursuing the crown of Castille. And John le Carre, distinguished novelist who had worked for MI5 and MI6, became an Irish citizen before his death.

England has 84% of  British population, and London has more than Scotland and wales combined. Studies  show that people who are “English” feel aggrieved, left behind, some living in unfashionable parts of the country, or older, or less educated. But they also adhere to a set of values: commitment to fair play, parliamentary democracy, pride in England’s history. They feel the Scots are getting more than they should; the Scottish tail is wagging the English dog. They dislike the membership of EU  because they regard Parliament as the only legitimate source of power.

Yet the exact meaningful self-identification of citizens is ambivalent. The latest poll indicates that 83% indicate they are strongly English, while 85% feel strongly British. Those who identify as English have a strong identity with a region or place in England, and are proud of their identify. Britishness means very different things in different parts of Britain, and British identity tends to align with different political attitudes. A meaningful conclusion is that English nationalism is developing for two reasons; skepticism of the EU  and of Europe; and  high levels of  grievance about England’s place in the UK.