The Sinister and Ugly Sides of Fashion Shows 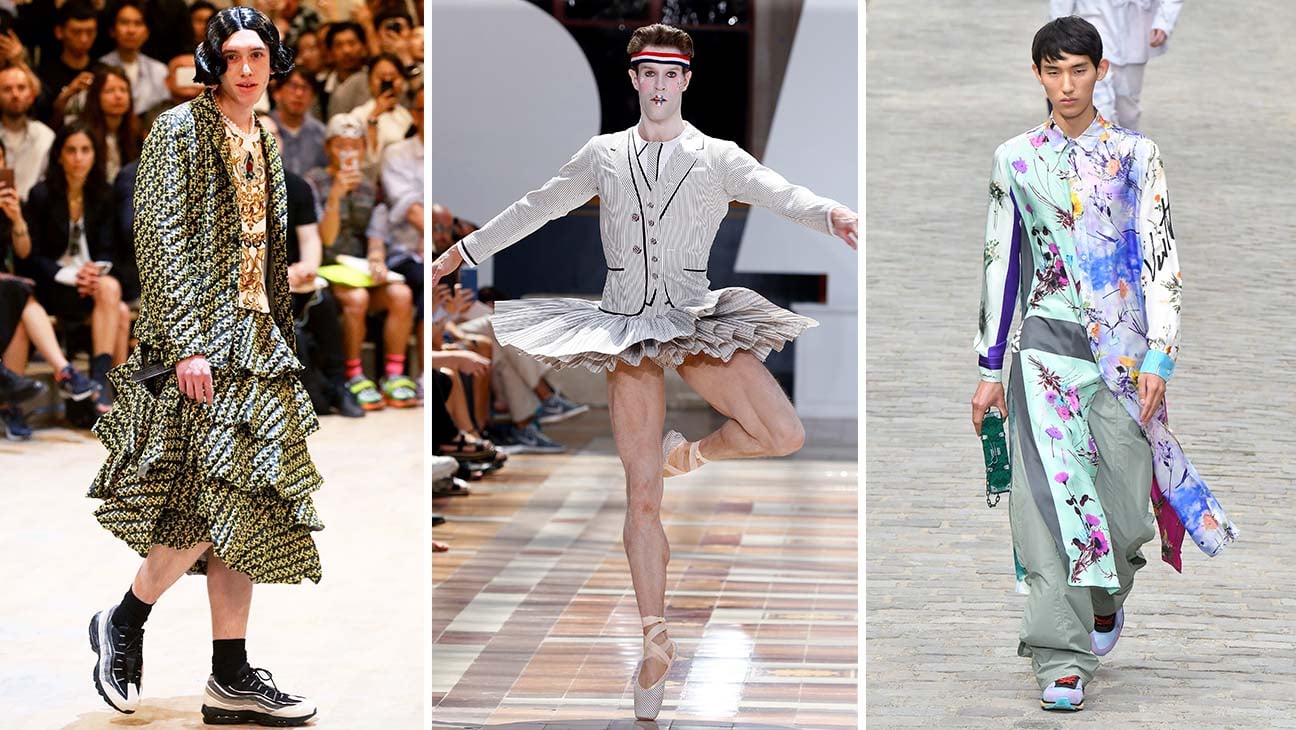 A friend of mine sent me pictures of a famous fashion house’s latest collection for men.

I believed that they were for men, for my friend would not deliberately have misled me, but the models on which the clothes were shown looked to me very like severely anorexic women. It was as if they had been recruited from some concentration camp run by an atrocious regime.

As for the clothes themselves, they were feminine, deliberately so, for the designers claimed that they wanted by their collection to combat sexual stereotypes. They, the designers, have become what Stalin once called writers (that is to say, those whom he did not kill or drive into exile), namely engineers of human souls.

Fashion in ideas has become as important to fashion designers as fashion in clothes. In this, they are following the architects, who long ago ceased to be mere designers of buildings and took on the role of social engineers.

In fact, so great have ideological obsessions become in our society that practically no profession is nowadays free of them. All applicants for jobs are assured that their prospective employers are committed to diversity, equality, and so on, with the implicit corollary they they expect their future employees to be likewise committed. Only the self-employed can escape this sickly miasma of supposed rectitude.

But to return to the world of fashion parades, which to me is utterly mysterious. In the case of the latest collection that I have mentioned, the models marched like automata down the catwalk, observed by an audience in the dark.

The models were as lacking in individuality as the soldiers in a North Korean military parade, and their expressions no more inviting. They were mask-like in their immobility, looking straight ahead of them unseeingly.

When they came to a turn in the catwalk, they negotiated it like robots. Insofar as their ghostlike faces expressed anything, it was a kind of malign dislike or even hatred of the world, a default setting of loathing of existence.

This is surely all very odd. One would have thought that, of all fields of human endeavour, that of clothes design should be joyful and pleasing. These models reminded me of a young man who used to jog obsessively in the street in Paris where I stay when I am there. He was a skeleton in Lycra and so thin that I had to avert my eyes from him, just as La Rochefoucauld tells we avert our eyes from both the sun and death.

I haven’t seen him for some time: he must either have moved away or, just as likely, have died. We are inclined to forget that being underweight is as hazardous to the health as being overweight; and the models of the fashion show did indeed look close to death.

The competition to become a model is ruthless, and it appears that starving androgyny is what is required among men now for them to be chosen. Fashion designers are deliberately fostering a way of life that will permanently damage the health of those whom they employ and soon discard as children discard last year’s Christmas presents.

It is odd that anyone should choose to be exploited in this way—it is a case of what Montaigne’s great friend, Étienne de la Boétie, called voluntary servitude. Moreover, the financial rewards for most are not great, though the very few that win through to celebrity may become fabulously rich. It is a lottery in which winning tickets are few.

I must be lacking in imagination, for I cannot enter empathically the world of someone who makes of his appearance his sole asset (apart, perhaps, from determination to succeed). It seems, at least in the modern fashion business, that no special charm or personality is the key to success, for the models, at any rate to my eye, are virtually indistinguishable in anything but minor differences in appearance.

Since it is our difference and uniqueness that makes our humanity, this industry, admittedly in a small way, is as horrible as a totalitarian regime, which in important respects it resembles.

So much for the supply side, but what about the demand? Obviously, the fashion houses are commercial enterprises, many of them very successful and household names, and so presumably they are sensitive to the tastes of their customers. Even if they mould those tastes, they must be aware of what will or will not appeal to them.

Not to put too fine a point on it, as Mr Snagsby said in “Bleak House,” fashion shows have become the equivalent of Victorian fairground freak shows in which people with some extraordinary characteristic or other were exhibited for money, to the delectation or amusement of the prurient and salacious.

Without descending to mere Marxism, there must be some economic explanation, or correlate, of this fashion show, but it must also be indirect. Nobody would actually wear the clothes on display at the shows, except possibly at a fancy-dress party.

They cannot possibly sell in quantities sufficient to make much money, even at the most exorbitant price, for even in these multi-gender times I have never seen anybody wearing apparel so bizarre that it makes punk rockers look conservative gentlemen.

The latter is perfectly possible, of course, for managers, like anyone else, often don’t do their job properly, but I suspect that in this case they have made the calculation that if they jump on the bandwagon of gender fluidity their young, well-off, educated and Woke clientele will be more disposed to look on them kindly and therefore buy their products.

If I am right, this reflects something that, in my opinion, is sinister: namely that their clientele has been so successfully brainwashed into believing a fatuous ideology that it is not even capable of discerning the horrible exploitation of weak-minded young models who parade in fashion shows, or the sheer ugliness of what they are made to wear.