The U.S. Congress and Vladimir Putin 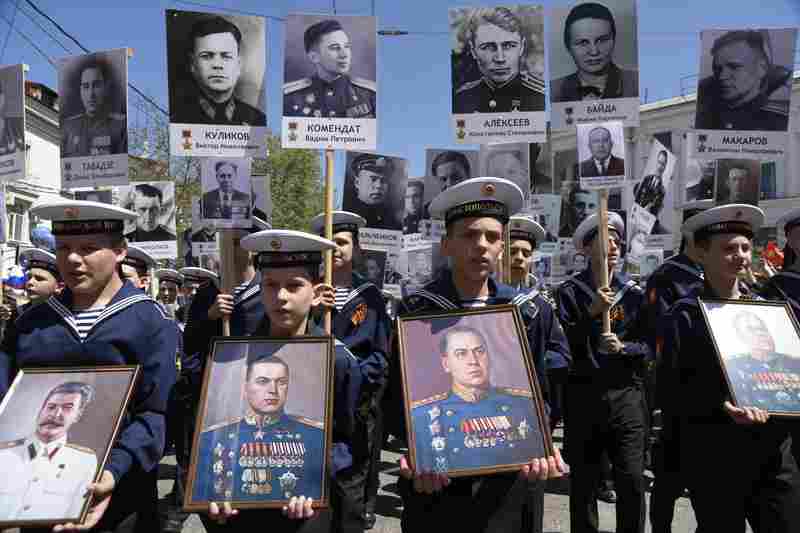 In the United States the arts and humanities in the main are flourishing, but one art seems to have disappeared, the political art of losing gracefully. Instead, there is the frenetic search for scapegoats to blame for unexpected and embarrassing defeat. Washington political leaders, rather than wallowing in allegations of foreign electoral interference in US elections, might more properly benefit from examining changes in and the significance of recent events in Russia, a century after the revolutions that ended the Tsarist regime and led to Communist power. For U.S. officials concerned with foreign policy it is useful to reflect on the nature of the Russian revolutions in 1917, and changes since then.

On May 9, 2017 a massive military parade was held in Red Square in Moscow in which 10,000 troops marched, featuring contingents of female servicewomen dressed in different outfits, and 114 units of equipment were displayed, including medium range and long range surface-to-air missile systems, intercontinental ballistic missile system, and battle tanks.

President Vladimir Putin attended, together with Prime Minister Dmitry Medvedev, took the salute, and displayed a photo of his father in naval uniform. The parade is significant in two ways. It celebrated the 72nd defeat and capitulation in Berlin on May 9, 1945 of Nazi Germany in World War II, and it was a showcase for Russian military might.

But from a political point of view, the parade. honoring the 26 million soldiers and civilians killed in Russia’s “Great Patriotic War” was important. Parades were held throughout Russia but the main one in Red Square was central. In essence this parade replaced in importance the former celebrations of the 1917 revolutions. In reality there were two revolutions. In February, (really March in the Gregorian calendar) a popular uprising of workers and soldiers led to the abdication of the Tsar. In October (really November) the small Bolshevik group led by Vladimir Lenin, dissolved the constituent assembly and captured power.

Putin’s remarks after the May 9 parade emphasized the military might of Russia which in 2016 spent $69 billion on its military. He was forthright about Russian strength, but more important for the U.S. policy, Putin also urged international effort to fight terrorism. In words that may well have been aimed at President Donald Trump, the Russian leader said, “Our forces are capable of repelling any kind of attack, but to efficiently combat terrorism, Nazism, extremism, what we need is the consolidation of the international community. Russia will always be on the side in the world of those who fight against these scourges.”

What is important is that this celebration of Russian might and defense of country has essentially replaced the celebration of the 1917 revolutions, especially October. It is a commonplace truism that it is difficult if not impossible to predict the future. Russians for several generations have found it not only difficult but perilous to predict the past, though memories linger on and there is, according to recent public opinion polls, a positive view of Lenin’s role in history. Yet, like the aphorism in Virginia Woolf’s Orlando, in Russian political parlance, “But Sasha was from Russia…and sentences are often left unfinished from doubt as how best to end them.”

It is risky to give simple answers to complex problems, but it may be telling that, apart from true believers in Stalinism, only a minority want to celebrate the revolution of October  25, 1917, the military coup and insurrection by Lenin and his Bolshevik group  that overthrew the republic established by the February 1917 revolution, and established a dictatorship, and then a totalitarian regime, started by Lenin and fully implemented by Stalin.

The former October ceremonies, starting with a speech by Lenin in Moscow on November 7, 1918, became the main holiday of the year, the glorification of Lenin, the opportunity for revolutionary propaganda, memories of revolutionary heroes, and advocacy of world-wide “proletarian” revolution. In 1996 the day changed to one emphasizing concord and reconciliation. The speech by Putin on May 9, 2017 was devoted, not to any call for revolution, but to the Russian patriotic victory over the Nazis.

It can be argued that the true significance of October and the victory won by the Bolsheviks in the Russian civil war was that it prevented the development of a western type democratic system, continuing the slow change in Russian politics after the emancipation of the serfs in 1861, the creation of the Duma in 1905, the abdication of Tsar Nicholas II on March 2, 2017 and the start of the Soviet of Petrograd on February 27, 2017.

Attempts after February to introduce elements of democratic freedom, by Soviets (worker’s councils), factory committees, and popular expression, were crushed by the Bolshevik dictatorship, which turned out to be not “dictatorship of the proletariat,” as Lenin proclaimed, but dictatorship and compulsion by a small group of Bolshevik politicians, and the physical liquidation or persecution of those, people, parties, and publications, who disagreed with the ruler, and the imposition of state terror.

Not until the regimes headed by Mikhail Gorbachev and Boris Yeltsin was there any real attempt to modify the system and introduce western political concepts, and the official renunciation of Marxism and a call for universal Communism. Under Putin, there is a complex arrangement in contemporary Russia, a developing if faltering capitalist economy, limited political freedom, political authoritarianism, a place for the Orthodox Church, a very limited Communist party, absence of official memories of or monuments to Stalin, and an expanding middle class. For President Putin, stability not revolutionary insurrections throughout the world is the declared objective. The current celebration is patriotic, not revolutionary, focused on the political and military power of the state.

In spite of the allegations of Russian interference in western elections, Putin has made his position clear, independent management of Russian destiny, Russian global power, and cooperation with the U.S. in the fight against the real threat, international terrorism, not a fictional threat. Washington, particularly Congress, should be really be spending its time reviewing the possibilities of such cooperation, not performing in front of television cameras.