The Villain of the Compelling ‘My Son Hunter’ Isn’t Hunter “My Son Hunter” is a good movie, but not a great one, although that shouldn’t deter you from viewing it. In fact, the reverse is true—you must—and I’ll explain the various reasons why in a moment.

Nevertheless, to call a film good is far from an insult. The list of great movies is short and subject to endless unresolved and often self-righteous disputes. I’ll see you a ”Lawrence of Arabia” and raise you a “The Treasure of the Sierra Madre” and on it goes. 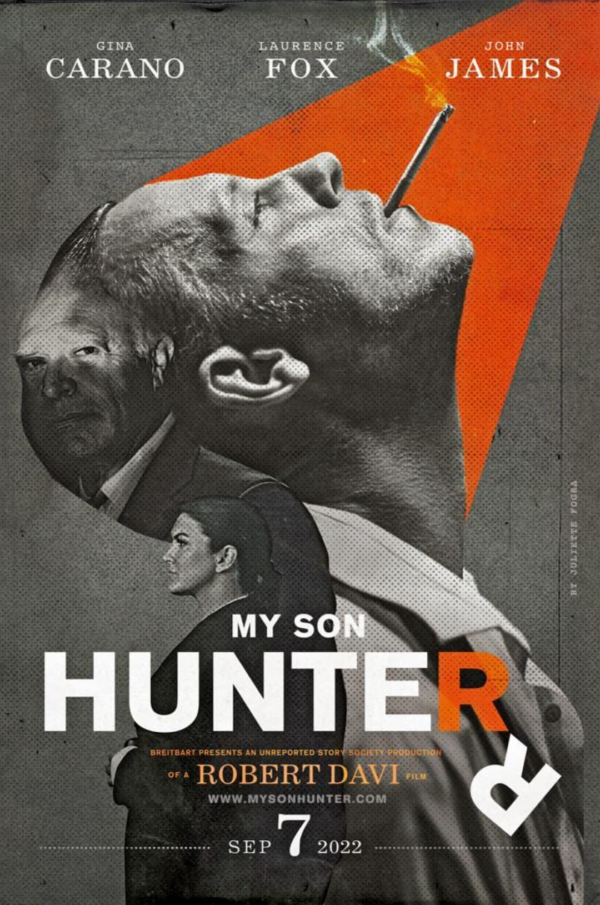 The most recent one from the perspective of many, mine included—it won the best foreign film Oscar among many other plaudits, if that means anything—was the 2006 German film “The Lives of Others.” Set in 1984 East Berlin, this cinematic masterpiece explores the mortifying experience of life under their secret police, the Stasi, making it as good a guide as I can think of for what many of us Americans are currently going through.

Many of us, again myself included, wish they would all go away, so we could never see or hear from them again.

The principal reasons for its success are its theme and the extraordinary performance of its lead, the English actor and activist Laurence Fox.

Both of these are intertwined because the theme is that the real villain of the Biden crime family saga isn’t Hunter but Joe, aka “the Big Guy.”

Hunter Biden, as portrayed by Fox, is oddly sympathetic, his father’s victim, odd as that may seem to call someone a victim who is a crack addict, serial adulterer even with family members, hired prostitutes in foreign countries such as China, and clearly put our national security at risk in the pursuit of riches, while working for some of the more evil people on the planet.

Yet, Fox’s portrayal is more complex than that. In what was the most powerful moment in the film, the actor reacts to his father calling him, as he did in real life, “the smartest man he knows.” The look on Fox/Hunter’s face to that extremely disingenuous and malicious remark from father to son tells many stories.

As one of those soon-to-be extinguished dinosaurs—a conservative in the Motion Picture Academy—I could easily vote for Fox for best actor. But we all know that’s not about to happen.

John James, who plays Joe, is unfortunately not nearly as good. The complexity isn’t there, nor is the subtextual villainy. And the jowly James doesn’t look much like Biden.

It’s hard to blame the filmmakers or James, however, because to find the right actor to play this role—a career killer in today’s world—seems nigh on to impossible. Gene Hackman, who has been known to say nice things about Donald Trump, might have been great, but he’s now 92. (On second thought, maybe that’s just the right age to play Joe Biden.)

Another, again understandable, weakness in the film is there’s too much of the schticky Woody Allen-style turn-to-the-camera stuff. Woody made “Annie Hall” in 1977. Enough already.

But this speaks to an overall problem for conservative filmmakers. We want to make sure the audience gets it, and knows the facts, since the mainstream media and Hollywood are doing their best to do the opposite. It’s kind of a trap because a movie is usually more successful if the audience comes to conclusions by themselves—and, in the more intimate scenes from “My Son Hunter,” of which there are many, they do.

So back to why you must see this movie. First and foremost, obviously, for Fox’s performance—and he’s on screen for most of the film.

Secondly, to support a fledgling industry in our country and help it grow—conservative cinema. If we lived in a decent world, we wouldn’t need it, but in case you missed it—and you didn’t—we don’t.

Speaking of which, many of the great Hollywood classics of yore that everyone went to see together— from “High Noon” to “On the Waterfront” to “Godfather I and II”—are conservative in nature. Now, the best we can do is a Tom Cruise movie that doesn’t even dare name the enemy.

All praise then to the people who made “My Son Hunter” for bravely stepping into the fictional film arena on the smallest of budgets. And they are to be further praised for being professionally skilled enough not to make it look that way.

It’s a genuinely well-made movie, shot, of all places, largely in Serbia, which you will notice from the credits. The Serbian crew did an excellent job. The camera work is good. (No, Novak didn’t participate. He’s practicing for Australia.)