The Waning of the Kennedy Cult 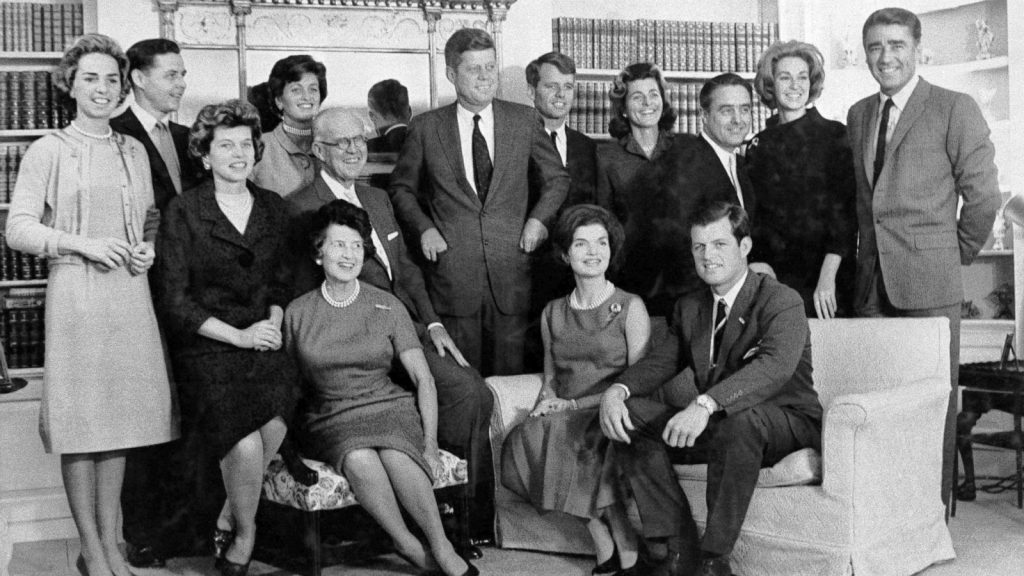 The 2017 movie, Chappaquiddick was truly unique in that it threw a bucket of ice-cold water on the Kennedy cult. It portrayed that episode in Ted Kennedy’s life that the Kennedy clan—and countless older journalists—wish they could exorcize from everyone’s consciousness. The movie broke with the practice of painting the Kennedys as wise, benevolent, unblemished, idealistic saints.

In my personal observation, the intensity of adulation has been in two centers, New York City and Massachusetts. And, of course, anywhere that one finds a gaggle of older journalists.

Every once in a while, parts of the media in this country indulges in a flurry of maudlin Kennedy worship, whether it is over a living or dead member of the Kennedy clan. A few years back there was a much-to-do over the 50th anniversary of JFK’s assassination. In 2017, the Democrats rolled out drooling Kennedy to give a rebuttal to President Trump’s State of the Union speech. You could practically see the wheels grinding in their heads to push him forward as the Democratic opponent to Trump in 2020, since at the time the Democratic geriatrics believed that the moribund Kennedy “mystique” would carry the day.

I, for one, do not adhere to the Kennedy Cult.

John F. Kennedy was the most overrated president of the United States of America. For decades, the journalists spoke in hushed, awed, tones about JFK and “Camelot.” But what, exactly, was this “Camelot,” anyway? And what did it comprise? No one to my knowledge ever explained; the word “Camelot” was whispered in reverence, as if it was a talisman, a mantra, and always linked with the Kennedy name, but it was never exactly pinned down. The only other Camelot that I learned of was King Arthur’s Camelot and it, at least, has always had a distinct identity. The “Camelot” of the Kennedys is just a word, an empty word. But, it is a word that, as in the case of Pavlov’s famous dogs, induces old liberals to salivate.

Frankly, I find almost nothing praiseworthy about John Kennedy and much to disparage. Yes, he was handsome and young and had a cool accent. But that was it. “Not only was Kennedy charming, bookish and educated, but he, or at least his family’s ‘machine’, was also ruthless without appearing to be.” On the other hand, he botched the Bay of Pigs operation. He did not carry out any significant civil rights legislation (his successor, Johnson, who had all the charisma of a turnip but was, nevertheless, very powerful in Congress, did). JFK brought the world close to a nuclear war to achieve something that could have arguably been accomplished in other ways (and which Nixon did, much later). He engaged in adultery, which liberal journalists found amusing and sophisticated, just like they do with Bill Clinton’s rapes (yet were indignant at Trump’s alleged adultery). As for the space program, it had been going on for years prior to his administration, thanks to the efforts of President Eisenhower. Lastly, and much more importantly, by the consensus of most historians, he won the 1960 presidential election through electoral fraud. Just like in 2020.

And, of course, he was shot. That, naturally, elicited abundant sympathy.

As with Stacey Abrams and Rev. Al Sharpton, the Kennedy cult was the creation of journalists, the principal motivation for this being based on the fact that Kennedy beat Nixon in the 1960 election. I do not think that anyone will deny that most journalists harbored a deep, pathological hatred for Nixon (one which was amply reciprocated by him, of course, and which we saw exponentially echoed in the case of Donald Trump) due to the fact that he exposed a Communist espionage ring in Washington. In fact, to this day, most journalists still living from that era take great pride in continuing to express their hatred of Nixon. Additionally, Hollywood keeps making movies denigrating Nixon, without actually being able to explain specifically why he was supposedly so evil (mention “Nixon,” or “Trump” to many journalists and see them foam at the mouth).

The Kennedy cult extended beyond JFK. It was transferred to his brother, Robert, who by being assassinated in 1968 rekindled the previous grief and intensified the cult’s following. Then, with Robert’s death, the cult transferred its focus to JFK’s widow and his other brother.

Yet, Ted Kennedy was an alcoholic scumbag, pure and simple. His most famous debacle was a criminal act—strictly speaking, criminal acts. On his way back from a party, he lost control of his car and ended up in a body of water. He cowardly abandoned the girl he was with, who later died at the scene, and went to bed. Next day, he summoned his minions to do damage control on his political career. Lots of money—I mean, lots and lots of money—was handed out both to the girl’s family and to Massachusetts authorities, and no serious legal repercussions ever took place. Journalists’ compliance in this blatantly obvious cover-up—one that lasted for decades—is one of the most revolting, contemptible, episodes in American journalism—and that’s saying something—one that can be contrasted with the obsessive, self-righteous crusades and character assassinations that American journalists periodically engage in otherwise. Of course, a lot of that has got to do with the simple fact that he was a Democrat. The media will usually ignore acts of racism or anti-Semitism if they are carried out by a Democrat. Just like feminists ignored Ted’s Chappaquiddick and Clinton’s rapes.

And, of course, the Kennedy brothers’ father was a bootlegger, i.e., a criminal.

The second object of adulation is not criminal at all, but is equally nauseating: Jacqueline Kennedy, or Jackie O as she was subsequently called. Initial views of her during her white House years were that she was an elegant, classy lady, and, indeed, she gave every appearance of being so. Women are experts at projecting a false image of themselves.

That image disappeared. She abandoned her husband at the critical moment when he most needed her, leaving him to die. Then, shortly thereafter, the widow married one of the most repulsive men—repulsive in character and appearance, and a foreigner—simply for the money. After the frog died (he barely reached her shoulders in height and he did look like a frog), she moved to New York City, where its awed citizens would point her out with respect and hushed tones as someone worthy of admiration for . . . who knows why. And, although a multimillionairess, her personal assistant would insist that Broadway shows give her free comp tickets.

The Kennedy Cult has diminished considerably. Even some younger journalists are having trouble conjuring up enthusiasm and awe for the Kennedys. Some even privately snicker when one of the geezers (I mean, respected, elder colleagues) refer to the Kennedys as “our American royalty.” But, if you do not hear any dissent over the cult, do not be surprised as liberal journalists are part of the media hivemind, incapable of independent thought.

As for the rest of the country, it laughs at the Kennedy cult whenever it manifests itself. The journalists may not want to notice it (as with so many other things that they do not want to notice because it goes against their worldview). But it laughs.

Armando Simón is a retired forensic psychologist and the author of A Cuban from Kansas, Very Peculiar Stories, The Cult of Suicide and Other Sci Fi Stories.

PrevWoolwich; Ninth anniversary of the jihad murder of Fusilier Lee Rigby.
The Law of the Conservation of AnxietyNext