The Wrath of Grapes: The EU and Israel Wine 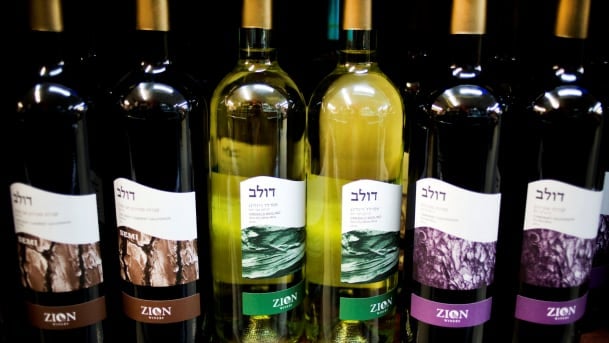 The European Court of Justice based in Luxembourg ruled on Tuesday November 12, 2019 on a challenge to a French decision that certain Israeli wines must explicitly be labelled as products of occupied territories. To no great surprise, the European Court of Justice, ECJ, mandated that products from Israeli settlements must be labelled, clearly marked, as such to enable consumers to make “ethically informed choices.” These choices, the Court held, were related not only to health, economic, environmental, and social considerations, but also to ethical concerns and considerations relating to the observance of international law. For the Court Israeli settlements in the West Bank were in defiance of the rules of international humanitarian law. The Court stated that the European Union did not support any form of boycott or sanctions against Israel, but in reality its expected decision is a subtle form of BDS, as well as a political declaration.

After the Great Flood, the Lord made a covenant with Noah. As a result, Noah planted a vineyard, becoming the world’s first wine maker, bringing relief from the toil of work. He himself drank of the wine, and got drunk. We know from the Bible that Moses and King David were good drinkers. Wine presses still exist going back 6,000 years. In Isaiah chapter 5, there are instructions on how to plant a vineyard, one that would bring forth grapes. The land of milk and honey also produced wine, especially in the period of the Second Temple. However, Arab control of the area put an end to all wine production for 1,200 years.

A major step toward production was taken by Baron Edmond de Rothschild, owner of the Chateau Lafite winery in Bordeaux, who set up a winery in Yichron Yaakov in 1889.  It is not a seismic shift in culture that modern wine growing in the State of Israel that began in the 1980s is now plentiful. Today there are more than 300 wineries in the State, including well known exporters from producers such as in Carmel, Barkan, and Golan Heights. Israel cannot yet produce a wine comparable to Gevry-Chambertin or Chambolle Musigny, but it can and does compete with wines in the rest of the world.

The controversial issue has arisen over the labelling of Israeli production of wine. It is not a technical issue, but underlying it is a central political issue, Israeli presence in the West Bank and Golan Height. Fundamentally, should international law require goods produced in the West Bank to be specifically labelled as coming from an “Israeli settlement?”

In November 2015 the EU laid down guidelines for labelling products made in Israeli settlements that determined that goods produced in those settlements must not be labelled as “Made in Israel.” These guidelines have been accepted by some countries. However, the French Conseil d’Etat in June 2018 decided to refer to the European Court of Justice a case arguing that such labelling was discrimination against Israel. The French court challenged the opinion of the French Minister of Economics in November 2016 that products from the West Bank and the Golan Heights have to be labelled as coming from the settlements. The opinion was then overturned by the European Court of Justice, ECJ, ruling that the French decision was invalid. Before the ECJ decided, the advocate-general of the court, Gerard Hogan, upheld the use of “Israeli settlement,” as legitimate. Prime Minister Benjamin Netanyahu regards this as hypocritical and hostile towards Israel, and wanted suspension of diplomatic contacts with the institutions of the EU and its representatives on this issue of the settlements.

On this issue there are a number of problems. The Court decision illustrates the reality that the EU has a political position regarding Israel. The EU asserts all Israeli settlement is illegal under international law, and calls on Israel to end all settlement activity. It regards the Palestinian territories as occupied, and that Israeli control do not conform with international law. The EU proclaims it is concerned with violations of international humanitarian law and human rights commitments regarding the Palestinian population of the “occupied” territories.

One problem is that the ECJ decision represents a double standard applying only to Israeli companies but not to companies operating in other territories with disputed borders, such as Kashmir, Western Sahara, and Northern Cyprus. Brooke Goldstein, executive director of The Lawfare Project, a legal think tank, has put it succinctly: “Of the hundreds of territorial disputes around the world, it is Israeli business alone that find themselves targeted by these unnecessary and politicized labelling requirements.” Why not label plastic cups from China, wine from Turkey, oil from Iran? Shrimp from New Caledonia could be labelled “New Caledonia-French colony,” and products from Crimea, “Russian annexed area.”

The second issue is that the unilateral action against Israel is in effect another form of BDS, boycott, divestment, sanctions. It would limit if not virtually end the EU-Israel Association Agreement, AA, that entered in force in June 2000 which liberalized trade in industrial goods, agriculture and fisheries, research cooperation, air traffic, and pharmaceutical products. Already, in the terms of the EU grants and prizes program of 2013 Israeli entities are ineligible if they operate in East Jerusalem or the West Bank. Israeli settlements in the “occupied” Palestinian territories are held not to be subject to that agreement. The ECJ in the Brita case decided on February 25, 2010 that projects originating in the West Bank do not fall within the territorial scope of the AA, and thus do not qualify for preferential customs treatment.

The European Commission on November 11, 2015 issued “interpretive” guidelines for identification of origin of goods from the territories occupied by Israel since June 1967. The EU, stating it was in line with international law, does not recognize Israel’s sovereignty over those territories, Golan Heights, Gaza Strip, West Bank, including East Jerusalem, and does not consider them part of Israel.

This suggests that some of the decision makers in the EU, critical of Israel, and heads of EU missions in Jerusalem and Ramallah, favor and propose incremental increase in various limits on Israel rather than overtly declaring a forthright BDS policy. The previous U.S. administration did not agree. John Kirby, in January 20, 2016, then spokesperson for the U.S. State Department said that the EU statements on labelling were not tantamount to a boycott. Labelling, he said, was not equivalent to a boycott.

A leading participant in the case before the ECJ is Psagot Winery, founded in 2003, that has grown rapidly and produces 350,00 bottles a year from a range of different wines, 70% of which are exported. Wine connoisseurs recognize that Psagot makes a superb Cabernet Sauvignon. The controversy is over the fact that Psagot is located on a hilltop in a settlement north of Jerusalem.

The EU, likes other decision makers in the UK, Denmark, and Belgium, already add fix labels on  Israeli goods, differentiating those from the State of  Israel, and those from the West Bank. The problem is three fold. Objectively, these restrictions ae part of BDS, not merely concerned with technical barriers to trade rights. The regulations were imposed for safety and health food reasons, nor for political ones.

The ECJ case stemmed from a challenge to the French regulation published by the French Minister of Economics on November 24, 2016 that foodstuffs from the territories occupied by Israel since 1967, the West Bank and the Golan Heights, must reflect labels that they are products of “Israeli settlement,” (colonies Israeliennes) or equivalent term. The case was brought by Psegot winery,.and the Lawfare Project, a U.S. think tank.

Around the same time a similar case was heard in Canada. Judge Anne Mactavish, Federal Canadian court on July 29, 2019 ruled that Israeli wine from settlements can no longer be marked as “Made in Israel.” To do so is false, misleading, and deceptive, because the settlements are not part of the State of Israel. This, she held, was contrary to Canadian law that food products be truthful, non-deceptive, and non-misleading about the country in which the products are produced. Canada, she said, does not recognize Israeli sovereignty beyond the 1967 lines. She did not, however, specify how the wines from the settlements should be labelled.

The decision of the ECJ applies to all countries in the EU. However, before they decide on the exact labelling of Israeli wine they should recognize that the ECJ decision is a political one, reflecting the fact that the EU has always condemned the existence of Israeli settlements. The decision on the “provenance” on Israeli products is discriminatory, and indeed a sign of bigotry.

PrevEveryone a Law Unto Himself
The impeachment hearings: It should be funNext