I have been following events at Crown Court Leeds concerning men and women from Huddersfield. There is a partial reporting restriction different from earlier news reports allowed to the Huddersfield Examiner.  This is now a new trial.

From the Huddersfield Examiner on Tuesday and yesterday (Wednesday)

Nine defendants – eight men and one woman, all of whom are from Huddersfield – are now on trial at Leeds Crown Court in relation to the alleged abuse of three young girls. The men face 14 charges including rape and attempted rape, while the woman faces a charge of arranging or facilitating the commission of a child sex offence.

Five of the nine defendants cannot be named for legal reasons.

A 39-year-old woman denies arranging or facilitating the commission of a child sex offence.

Umar Zaman, 31, of William Street in Crosland Moor, denies two counts of rape. He is being tried in his absence. 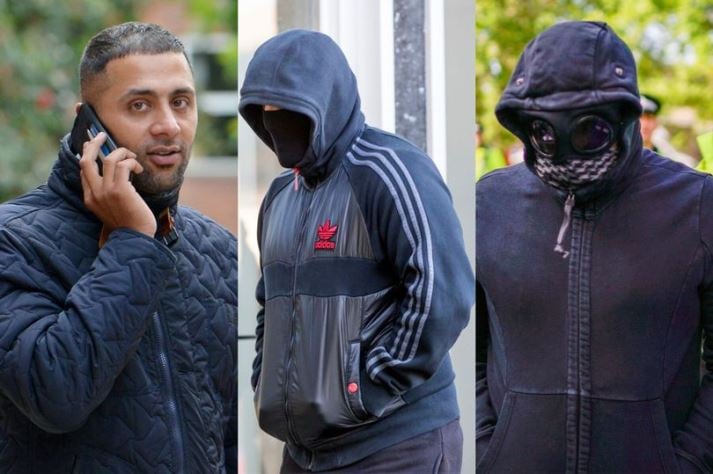 Opening the trial Wednesday, prosecutor Richard Wright QC told the jury: “This case concerns the cynical sexual exploitation of young girls who were deliberately targeted by older men who wanted to use those girls for their own sexual purposes.”

Mr Wright said the men saw the girls as ‘commodities’ ‘to be used and abused at will’.

Leeds Crown Court heard the alleged victims were socially isolated – one had been bullied at school and another was the daughter of an addict. He said the girls were lured in with friendship, cigarettes, alcohol and drugs and sexually abused in isolated areas such as cars and the defendants’ homes.

Mr Wright told jurors that the issues in the case are narrow.

Summarising the men’s defences to the allegations, he said: “These defendants are either the victims of a series of mistaken identifications by girls who they have never met or for unknown reasons have made up a series of wicked lies against them. If they are compelled to admit that they have had sex with one of the girls it is then said that it was entirely consensual and that the girls cruelly misled them as to their age.”

He also said some of the men who abused the girls remain unidentified and some are yet to stand trial.

The trial continues on Monday