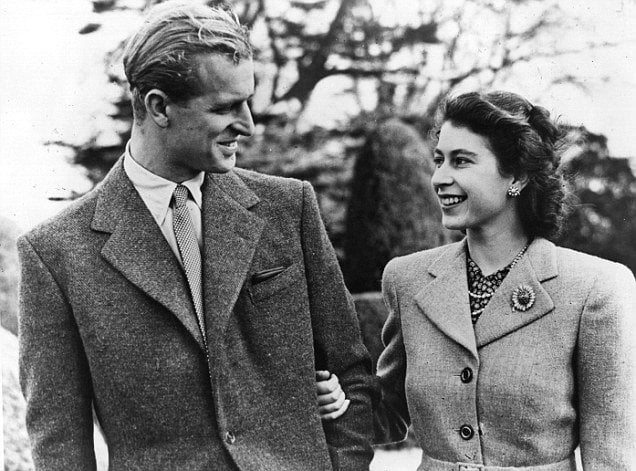 Uneasy lies the head that does not wear a crown. According to the constitution of the French Fifth Republic of 1958, France is “an indivisible, secular, democratic and social Republic.” However, in reality there are strong differences on all these concepts, over laicite (secularism), ideologies, power and role of the state, the school system, nationality, and immigration. The Presidential election campaign in France in 2016-2017 has been marked by a lack of national unity, by strong divisions, violence, and “resistance” to the legal system.

Events in Britain, specifically the announcement on May 3, 2017 by the 95 year old Prince Philip, Duke of Edinburgh, that he will “stand down” from his royal duties in the fall illustrate the nature of a unified society not prone, at least in recent years, to violence. This was shown by Jeremy Corbyn, leader of the opposition Labour Party. He cannot be considered a monarchist but he paid tribute to the Duke. Corbyn remarked, “He has dedicated his life to supporting the Queen and our country with a clear sense of public duty.”

Naturally, there are legitimate differences of opinion about the value or appropriateness of a monarchial system in contemporary society. In this respect the story of Philip’s career is interesting in itself as well for illustrating the working of a monarchial system, aloof from partisan politics. In Philip’s own words, monarchy exists in the interests of the people, not in the interests of the monarch.

The significance of the British monarchy is that it is largely limited to non-partisan functions. Its role is the “dignified” rather than the “efficient” part of government. It represents the unity of the nation, allowing political actions to be carried out in the name of the monarchy. Its role is governed by convention and is no threat to the political structure. The sense of non-elective continuity allows partisan activity to take place in peaceful fashion.

Philip’s own jocular comments on his standing down were,”I can’t stand up much,” and “I’m past my sell-by date.” If as Woody Allen said “90% is just showing up,” Philip has made history by being the longest serving British royal consort, and a symbol of unity. His symbolism is all the more remarkable, since he started as a prince born in Corfu, Greece who went for a time to Gordonstoun School in Scotland, founded by Kurt Hahn, a German Jewish refugee.

Philip became a cadet at  Dartmouth Naval College where he won a prize as the best cadet, joined the Royal Navy in 1939 and was in active service during World War II on a number of ships including the battleship HMS Valliant.

A dashing and handsome prince, he married his distant cousin, Princess Elizabeth on November 20, 1947, and engaged in what, in spite of some rumors, has been a successful 70 year-long marital partnership. He renounced his Greek title and became a naturalized British subject and was made Duke of Edinburgh by King George VI on the morning of his wedding. He choose the name Mountbatten (formerly Battenberg), a name from his maternal grandparents, though the royal family later has become known as Mountbatten-Windsor. When Elizabeth at age 25 became Queen in February 1952 his naval career ended and he became what Queen Elizabeth called “my strength and stay all these years.” He does this, always a few steps behind the monarch in processions.

Philip has been a unifying player in the system, being involved with more than 780 organizations, either as patron, president, or member, many in industry, environment, education, and sport. He has been Chancellor of Universities, Cambridge, Edinburgh, Salford, and Wales. Among his activities he was responsible for the Duke of Edinburgh’s award, youth self-improvement scheme that began in 1956 with youngsters carrying out challenges to earn awards; president of World Wildlife Fund, the Work Foundation, National Playing Fields Association (Fields in Trust), and International Equestrian Federation. .

As well as an admiral naval officer, he is also a qualified pilot and got RAF wings. He played a part in establishing a national engineering academy, and modernizing Buckingham Palace, including computers, and renovated other royal estates.

Philip accumulated dozens of titles and honors, Admirals, Generals, Field Marshals, Colonels, and Lord High Admiral of the Royal Navy. The variety of honors is astonishing, including: Deputy Sheriff, Harris county, Texas; Admiral of the State of Nebraska; Companion Rat, the Grand Order of Water Rats, show biz charity group; Danish Dragon Club; the Sydney University Tiddly Winks society; and God worshipped by the people of Tanna, an island in Vanuatu in the south west Pacific.

He is renowned for remarks that sometimes are amusing, but some of which have been gaffes or politically incorrect. He is the self-confessed master, even the inventor of “dontopedalogy,” the science of opening your mouth and putting your foot in it, a science he said he had practiced for a good many years.

However, his main public service has been not simply helping his wife Queen Elizabeth II but helping sustain the system of unity, being at the Queen’s side at events in Britain and abroad. That help has gone on for 64 years during which the country has had 13 prime ministers of both political parties. France and other countries, and perhaps the United States in the presidency of Donald Trump might take notice.