Universities Should Remember, Galileo Was Right 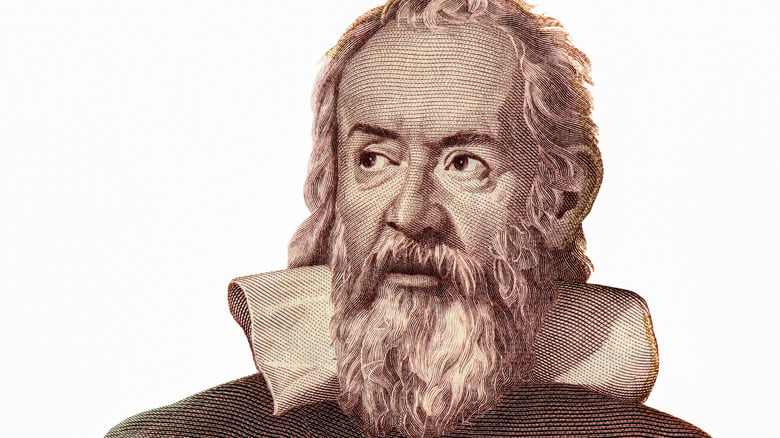 If people don’t want to come out to the ballpark, nobody’s going to stop them, Yogi Berra.

It has long been argued, and public opinion polls illustrate it, there are important gender differences on policy issues. This difference has been notable on issues such as abortion, death penalty, gun control, use of military forces, social welfare programs, and immigration, though the differences are narrowing. Women have been prominent in the historically large number of protest movements and street demonstrations that have substantially increased in recent years.

While It is true that there are similar views on issues within particular gender groups,  nevertheless, gender groups, like race or ethnic groups, are not monolithic.  It is evident that women have various views on general social and political issues. Some women, almost always associated with academic institutions or affairs, have increasingly been involved prominently in bitter intellectual disputes with other women on issues pertinent to the nature and definition of gender and sex, and  whether gender is dependent on social and cultural factors.

On this question there are at least four relevant facts. First, the disputes have become more extreme and acrimonious than is customary on an intellectual issue, and they have also become offensive and discriminatory. Second, they have taken on a frenetic tone as if the definition of gender and sexuality is an issue on the same life-threatening scale as  Western relations with China, or  the nuclear deal with Iran. Third, unlike almost all other intellectual disputes, this dispute mainly among educated women has led to serious outcomes such as loss of job and discrimination. Fourth, above all, the issue is most significant because it is central to the principle of freedom of expression, especially in universities. The doctrine that ideas with which you disagree are dangerous and harmful and should be stopped is a crucial issue, fostering a culture of censorship. Professor Kathleen Stock, a gender-critical feminist, claims that in October 2021 Oxford University Press abandoned a book on female philosophers because her inclusion in it  made it too controversial.

The issue of gender identification and whether an individual has the right to self identify as a man or a woman has become a minefield of free speech. Related to it are three  issues: whether arguments on the subject make trans staff and students at universities feel unsafe; the taxonomy of  levels of variation in sexual characteristics; and the visibility of transgender public figures such as Chelsea Manning, Caitlyn Jenner, and Chaz Bono.

The issue became prominent when JK Rowling who enchanted us with Harry Potter was accused of being “transphobic” after declaring that only women experience menstruation, and had criticized a newspaper article that was titled, “Creating a more equal post COVID-19 world for people who menstruate.” Rowling held that “Erasing the concept of sex removes the ability of many to meaningfully discuss one’s life. It isn’t hate to speak the truth.”

The trans row controversy continues. The medical journal The Lancet, after criticism of its September 1 article, apologized for using the phrase “bodies with vaginas” in place of “female.” A  29 year old law student at Abertay University, Dundee, and mother of two, Lisa Keogh launched legal action for the disciplinary process against her after she said in a seminar on transgender issues that women have vaginas and are weaker than men. The University, she said, directly discriminated against her because of her  belief in biological rather than societal determination of sex identification.  Her views, even though against the commonly held view that gender is socially constructed should be respected in a society that claims to be democratic. Though there appears to be no evidence she had discriminated against anyone, and the University did not uphold the charge against her of making offensive comments and behaving in a disrespectful manner, Keogh has taken legal action for alleged   breach of equality by the university in pursuing her for expressing her criticism of gender as a social construct,  She is suing for stress and mental anguish at what she said was the most crucial moment in her university career. She felt that the university’s action was a direct attack on her right to free speech.

In October 2021, Kathleen Stock, 48-year-old professor of philosophy at the University of Sussex, who is critical of the generally held feminist view that gender  is a social construct rather than biological, resigned from her job after students mounted demonstrations for her dismissal, bullying and harassing her because of her views on transgender people, and her argument that people cannot change their biological sex.

The issue of free speech for individuals who hold views that are oppositional to current commonly accepted views, is not confined to gender and sexuality. MIT, the Massachusetts Institute of Technology, disinvited a speaker, Dorian Abbot, professor of geophysical sciences at the University of Chicago due to give the prestigious John Carlson Lecture, a  major honor, in which he was going to discuss climate change and the potential for life on other planets. The withdrawal was based on reasons not related to the subject of his talk. The Carlson lecture is less a scientific talk  for fellow scientists than a public outreach event, the purpose of which is to increase public understanding  of climate science. The disinvitation was an egregious violation of the principles of academic freedom. Abbot is well known for his criticism of what is called DEI, diversity, equity, and inclusion initiatives. He, and his colleague, Ivan Marinovic, who have co-authored statements on the subject  argue that these initiatives violate the ethical and legal principles of equal treatment and categorize people as merely a means to an end. People, Abbot argues, should be hired based on individual merit, fairness, and equality without consideration of race, gender, status, or other identity group membership.

Earlier, in 2019 MIT didn’t disinvite Dr. Subramanian Swamy, a former Indian politician, from speaking at the MIT India Conference. While stating that the institution was committed to ensuring that different points of view can be heard and debated in a respectful and safe way it hypocritically avoided the disinvitation by cancelling the Abbot lecture, arguing that the current distractions would detract from the meaningfulness of the lecture.

The Abbot disinvitation was a sad decision and a betrayal of academic freedom. A small group of ideologues forced the cancellation of a distinguished science lecture because of differences in political positions. In acting on their disagreement with his criticism of some aspects of affirmative and diversity programs, and denied the essential commitment to academic freedom and free speech.

To his credit, Robert P. George, Professor of Jurisprudence at Princeton and Director of the James Madison Program and founder of the Academic Freedom Alliance, hosted the lecture by Abbot which was apparently seen by thousands on a Zoom broadcast, on October 21, 2021. George held that MIT  behaved disgracefully, part of a trend in the politicalizing of science.

On November 3, 2021, Jo Phoenix, Professor of Criminology at the Open University was forced out of her job and likened to a “racist uncle at a Christmas dinner table.” She had been invited to give a lecture at Essex University on the subject that male bodied trans women should not be in female prisons. Students complained she was a transphobe who was likely to engage in hate speech and threatened to shut down the lecture which was cancelled.

Phoenix claims she has been bullied by those who disagree with her on sex and gender issues and is bringing an employment tribunal claim in connection with the campaign of harassment, public vilification by her colleagues who called her a transphobic and racist. She has not been invited back by Essex to give the lecture which was on the topic of exploring the problems with applying trans rights to criminal justice. What is particularly disgraceful is that the UCU general secretary of the university and college union, Jo Grady, refused to condemn the ousting of Professor Stock.

However, the university’s vice-chancellor. Anthony Forster, did issue an apology to Phoenix who commented that his action was a counterbalance to the attacks on gender-critical views and gender-critical research.  Interestingly, Reading University also apologized to Professor Rosa Freedman for events surrounding a Holocaust memorial week event in January 2020.  Freedman had been invited to appear, was then disinvited, but later reinstated, because of her views on gender identity. The topic on which she was due to speak was totally unconnected to the question of gender identity.

Some, like Colin Riordan, vice-chancellor of Cardiff University, have been more forthright. In 2015 he rejected demands that Germaine Greer, the eminent Australian feminist, be banned from lecturing at Cardiff because she had made transphobic comments. In October 2021, Sarah Honeychurch, a fellow at the business school of the University of Glasgow, was fired as editor of the academic journal Hybrid Pedagogy because she had signed a public letter by 30 other feminists questioning the relationship of universities with the LGBT+ charity Stonewall. The letter condemned the anti-scientific claims that are presented as objective fact in the LGBTQ program, as well as the use of gender-neutral programs, and the argument that trans women should be allowed to use female changing rooms.

Undoubtedly the transphobia issue, like that of racism and sexism, is a divisive one and rouses strong emotions, but universities must approach it, as they do on other issues, by defending academic freedom and upholding free speech. People must be free to talk critically about gender identity. The issue should not be stifled in British or American universities.

PrevOuch! The Wheels of Justice
Ignore feminism, be an obedient wife: al-Qaeda’s tips for womenNext