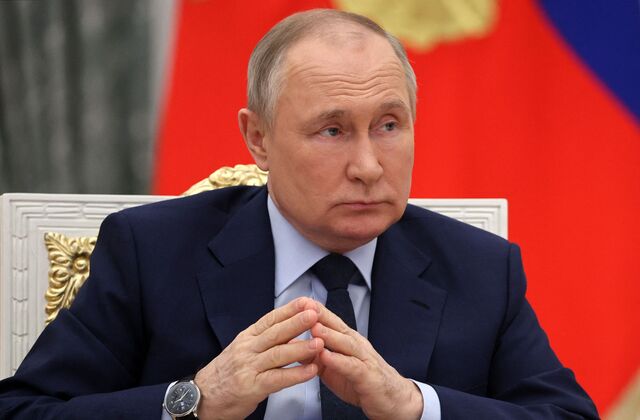 Consider an analogy, a fictional analogy I rush to say.  Suppose I am habitually given to sexual assault.  I force my hands upon women, not necessarily a mere pat or touch here or there; rather, I am a grabber and squeezer.  But I am never guilty of forcible sexual intercourse, forcible penetration with my male member.  I keep my trousers zipped. That is to say, I’m not a rapist.  .  . except by rad-fem metaphor.   Nonetheless, one of my assault victims charges me with rape.  Rather than offended, I am delighted.   Decent normal people know rape as violent forcible penetration of the vagina (or any other port of entry, so disgustingly to speak); they do not use the word in some loosely metaphorical way.  So I know that I am now more or less home-free, as I can document—so to say—my innocence. “C’m’on, officer, I was just foolin’ around and maybe I got a little aggressive—y’know how it happens—feelin’ ‘er up a bit, but I did not rape her, for god’s sake.  Good grief.  .  . have your medical staff examine her!”   I do not have to be a rapist to be a disgusting violent son of a bitch!  End of analogy.

Let us not give Putin the opportunity to charge us with exaggeration!  That is precisely what we do when we charge him with Genocide.  Anyone with any sense of history can provide examples of genocide.  Most famously the Holocaust—when Nazis killed Jews for being Jews, not for their being citizens of another nation, whether Poland, the Netherlands, France, Czechoslovakia, or you name it.  .  . but simply for being Jews even if the victims were from Axis nations such as Hungary and indeed and of course from Germany itself.  In 1994 in Rwanda the majority Hutu tribe initiated its genocide against the Tutsi tribe and incidentally the small pygmy group known as Twa—the crime of the Twa and Tutsi being that they were not Hutu.

There has long been and probably will long be the temptation to expand the definition of Genocide beyond the classic meaning of the organized murder of members of a nation or ethnic group for the purpose of destroying that nation or that group.  A handy example of course is the famous “genocide” of American settlers killing Amerindians because “the best Indian is a dead Indian,” but that canard was not why Indians were killed directly or indirectly: they were victims of a war of conquest, no matter one’s judgment of the justice or injustice of that war.  And indeed the Indians were victims of a war of conquest or the more pleasant sounding “territorial expansion”—even if they occasionally victimized the expanders and beat the hell out of Custer’s forces at Little Big Horn.

Disgusting murderous thug that he is, Vladimir Putin is not through military force committing Genocide against ethnic Ukrainians for being ethnic Ukrainians in order to destroy that kind of Slav.  He is involved in a war of conquest, which he would probably prefer to call territorial expansion, to bring that kind of Slav into an embrace where he thinks it belongs.  If we focus on Genocide instead of War Crimes we innocently—or at least foolishly—invite him to insist “You wildly exaggerate; I have nothing against Ukrainian people themselves, only their illegitimate nation-state.”

But why the temptation to charge the Russians with genocide in the first place?  That’s easy to answer: because it sounds worse than war crimes.  And of course it is worse.  But there is another reason as well.  .  .  and here I am about to get myself in trouble.

Since the advent of aerial war, whether dirigibles in World War I or bombers in World War II, war crimes are practically inevitable, as long as the phrase war crimes means the intentional killing of civilians, as opposed to the “cleaner” but lethal “collateral damage.”  (Collateral damage itself is pretty inevitable when military targets are in urban areas of course—as they often are quite intentionally even when not necessarily so.)  Strictly speaking—which is not the way we always speak—and focusing on bombardment alone while setting aside the behavior of ground troops (which is a hell of a lot to set aside, especially in the cases of Germany, Japan, and Russia), all belligerents committed war crimes (if the truth be told).  Germany was guilty (Rotterdam, London, Coventry, etc.), but so technically were the U.S. and Britain (Berlin, Dresden, etc.), even while the latter actions were retaliatory rather than “introductory.”  That cannot be said however of Hiroshima and Nagasaki, since the Japanese were focused on battleships and airfields at Pearl Harbor, “fastidiously” avoiding downtown Honolulu.  The point is that the clear policy of the RAF and the U.S. Army Air Corps with the approval of London and Washington was to kill German civilians to encourage demands for surrender.  Moralists at the time may have been offended (“Just because the Germans do it doesn’t mean that we should”); but war is hell and morally compromising.  The essential difference is known to kids on playgrounds and in violent quarrels and carries its own authority: “You started it!”  And indeed we know who started it.

I, by the way, am not one of those who thought it deadly hypocritical to charge Germans at Nuremberg with War Crimes when Anglo-American hands were not without blood and Russian hands looked suspiciously Germanic.  A bit of compromise of consistency was worth it to see that the guiltiest nation in world history was held accountable.

But now, Now, Putin’s guilt is manifestly clear and obvious; and we only obscure matters and give the bastard a break if we exaggerate his guilt to make his actions hyper-distinguishable from our own historical imperfections.  He is guilty of all the counts of the International Military Tribunal at Nuremberg: (1) Crimes Against the Peace (Aggressive War), (2) Conspiracy to Commit that Crime and the subsequent ones, (3) War Crimes, and (4) Crimes Against Humanity.  He is a four-count criminal, whether he ever pays or not.

And consider furthermore the following speculations and observations:  The Holocaust aside—since nothing is comparable with it—the other “classical” WWII actions against non-combatants pale when compared to Putin’s and his military’s.  For when Americans and Brits bombed Berlin for instance one could think to himself, “I am bombing Hitler’s Nazi capital, not meaning to kill German innocents, and am sorry if that is one unfortunate consequence, but war is hell”—a kind of collateral damage so conceived, in other words.  And one could think, “These bombs are for Nazi capital buildings and for essential factories and such, and certainly not for hospitals and schools and mere neighborhoods, which I cannot actually aim at and see from this aerial distance anyway.”  A way of merely cheering oneself up, I suppose, but graspable nonetheless since it was at the very least apologetic, so to speak.  There was no concerted strategical and tactical plan to hunt down non-combatants in the street and kill as if they were soldiers, nor to single out hospitals and schools and obliterate houses and apartment buildings as in for instance Mariupol.  People are anxious that the Russian war against Ukraine not evolve into World War III (although I personally think that is what it is).  .  . but I feel confident in saying that Putin’s reported desire to claim a victory during the May celebration of Russia’s WWII victory is hypocrisy of the extremest sort, since his actions are reminiscent of Hitler’s action during WWII—the invasion of Poland—and irony of ironies, Stalin’s invasion of Poland from the east as Hitler’s ally.  I doubt the man is just plain stupid, but he is surely demented; one characteristic of dementia is the non-recognition of ironies.  In any case, his actions are vile and disgusting: no need to mis-characterize them as genocide, so easily dismissed.

And there is another consideration, if I may risk it:

No European nation needed NATO membership as much as Ukraine given Russian      actions since 2014.

When NATO, inspired by Joe Biden’s absurd conclusion that Ukraine “was not yet ready” for membership, closed the door on Ukraine, Vladimir Putin got the message that what he would do about Ukraine was up to him.

Furthermore, intelligence, including American intelligence, thought it certain that Putin had made up his mind to invade, so a matter of when rather than if.

That fact did not inspire Biden (nor his foreign ilk) to call for a reconsideration of the NATO rejection of Ukraine and make an emergency invitation in order to scare Putin off with the threat of Article Five military defense of a NATO member.

That failure along with the previous ones had to be taken by Putin as a passive green light.

NATO’s essential purpose, its reason for being, now avoided, all that was left were sanctions—which worked neither to stop the invasion (Aggressive War, Nuremberg Count One), nor reverse it, nor to interfere with the War Crimes (Nuremberg Count Three), nor Crimes Against Humanity (Nuremberg Count Four).

So, does one wish to add to this disgrace, this dishonor, the following accusation, that Biden and friends are in part responsible for Genocide?