Wards of the Court 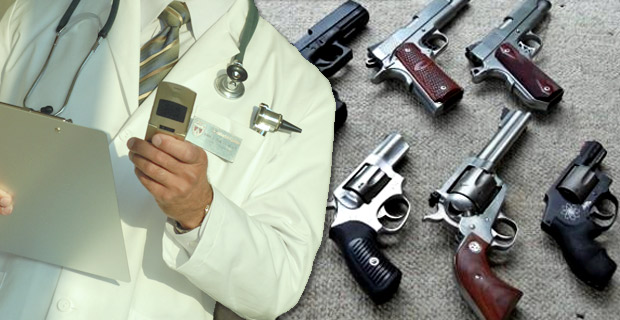 The rule of law is not at all the same thing as the rule of laws, or the preeminence of law in our lives; indeed, they are almost opposite, insofar as one of the objects of the rule of law is to make the legally permissible and impermissible knowable to the citizen in advance. Where there are so many laws that even highly specialized lawyers have difficulty in keeping up with the provisions in their own area of specialism, the rule of law declines, and litigators rush in where common sense fears to pronounce. This superabundance of laws exists in many places around the world today, and needless to say it flatters the self-esteem of legislators and judges. It makes them the arbiters of our existence. It also makes the rest of us wards of the court.

An article in the New England Journal of Medicine offers food for thought about just how enveloping are the tentacles of law once they start gripping our lives.

It concerned a peculiar measure of the Florida legislature called the Firearm Owners’ Privacy Act. This act (at least according to the article) forbade doctors from routinely asking their patients about their ownership of firearms kept in their homes, or “from unnecessarily harassing a patient about firearm ownership.” The authors found the law preposterous, and so it seemed to be, for more than one reason.

When it was challenged by a group of local physicians, the main legal grounds were that it violated the Constitution’s First Amendment. The Eleventh U.S. Circuit Court of Appeals struck the legislation down, but its jurisprudence in doing so seems to me fraught with possibly dangerous consequences.

I quote from the article:

The state argued that FOPA’s effect on speech was merely incidental to the regulation of medicine and therefore not subject to the First Amendment. The court, however, disagreed; it held that “speech is speech, and it must be analysed as such for purposes of the First Amendment.”

Nothing could be clearer than that. The court seemed to hold that Florida had no right to tell doctors what they might or might not say to or ask their patients.

But then the waters began to muddy: “As the court explained, the state relied on anecdotal evidence [that it had an overriding interest in the matter], and ‘there is no claim, much less any evidence, that routine questions to patients about the ownership of firearms are medically inappropriate, ethically problematic, or practically ineffective.’ ”

The first ruling, then, that speech is speech, was not quite what it appeared to be. On the contrary, all speech is equal, but some speech is more equal than other speech.

If it could be shown that what a doctor asked was “ethically problematic,” apparently he could be legitimately prohibited—by the legislature and/or the court, not by his professional body—from asking it. It wouldn’t, mind you, have to be shown to be ethically wrong, only “ethically problematic,” in order to justify the legislature from acting and the court from backing up that action. And since what is ethically monstrous today is ethically required tomorrow, and vice versa, with every stage of development in between, the case for endless meddling is made out.

Moreover, the legislature and court could presumably declare illegitimate something a doctor was asking if it were “practically ineffective” to ask it. I need hardly point out the difficulties in proving the effectiveness of various kinds of questioning. Here again, a locus standi for potentially interminable meddling appeared to be claimed.

It is difficult to escape the conclusion that the court struck down the law not because it interfered with free speech, but because it didn’t agree with the lawmakers’ view on the particular subject on which the latter were legislating. One suspects that, had the Florida legislature tackled a different subject—had it passed a law forbidding physicians from pointing out the social construction of transsexualism to their patients, for example—the result might have been very different.

The authors of the article say that the state of Florida could not point to any evidence in favor of its ridiculous prohibition because:

The decision to keep a gun in the home substantially increases the risk of death for all household members, especially the risk of death by suicide . . . [and] second, the majority of U.S. adults who live in homes with guns are unaware of the heightened risk posed by bringing guns into a home. Indeed, by providing accurate information about the risks created by easy access to firearms, as well as ways to modify that risk (e.g., by storing guns unloaded and locked up, separate from ammunition), a physician’s counseling can not only enhance a patient’s capacity for self-determination, but also save lives.

I hesitate to point out that the presence of guns may increase rather than decrease a suicidal person’s capacity for self-determination; but the question here is not whether such counselling can have the claimed effects, but whether it does have them. Such is the nature of human perversity that the best of intentions are often subverted by those who are the subject of them; and evidence on the answer to the question might be conflicting, as evidence on such questions often is. It is absurd, as well as dictatorial, for legislators and judges to meddle in such matters.

It might be supposed that those who challenged this law and its preposterous provisions on First Amendment grounds, were the friends of freedom, especially freedom of speech; but I am far from certain about this. For what starts out as freedom to ask the questions prohibited by the Firearm Owners’ Privacy Act may become an obligation to ask them, and prescriptive censorship is actually worse than the proscriptive variety.

Thus the authors’ fatuous pronouncement that: “In recognizing the central role that the medical profession can play in reducing firearm injuries, the court’s ruling highlights the opportunity that physicians have to reduce firearm violence.”

Would it not be negligent for them to fail to do so? I look forward to the first case in the civil courts of a grieving father suing his doctor because he was not told by that doctor that leaving a loaded gun within the reach of his three-year-old son was a dangerous thing to do.

Absurd, no doubt; but satire is prophecy. After all, what are we, adults and infants, but wards of the court?