We Have Nothing to Fear but Hope Itself 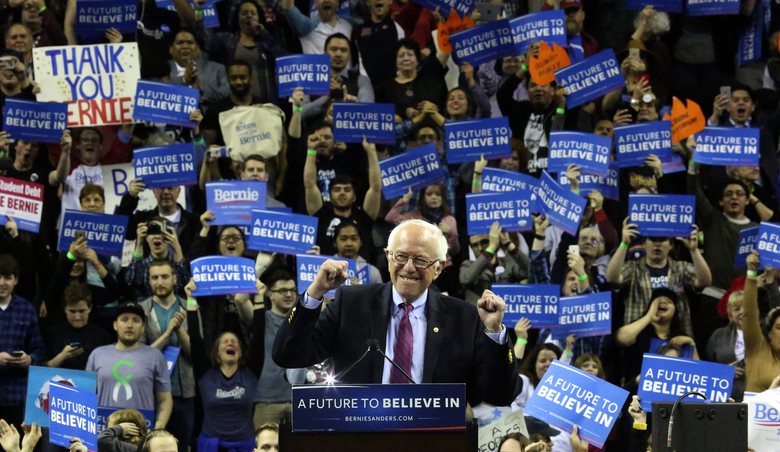 There is a strange dialectic at work in Western society, or so it seems to me, between political apathy on the one hand and political rage on the other. In the recent French elections, for example, the rate of abstentions was the highest ever seen, more than half in the second round of the election of the legislature. But in the first round of the presidential election, the candidates of the extreme Left and extreme Right, both of whom drew their supporters by appealing to subliminal rage, had more votes than the eventual winner, a man previously almost unknown.

The very fact of the French people’s unfamiliarity with Emmanuel Macron was no doubt significant. I was reminded of the election in Peru a quarter of a century ago in which Mario Vargas Llosa ran against Alberto Fujimori (I happened to be in Peru at the time). A peasant was asked why he had voted for Fujimori. “Because,” he replied, “I know nothing about him.”

This was a very revealing answer, much more revealing than it would have been had he referred to the candidate’s economic policy (if he had had one). It spoke volumes about Peruvians’ mistrust of anyone entering the political field. It is not uncommon to hear it said that any candidate is disqualified from office by the very fact of seeking it; in fact, I have sometimes voiced this sentiment myself.

“They are all the same”—one hears this a lot. In other words they are corrupt, self-interested, untrustworthy, insincere, lying, hypocritical, never fulfilling their promises once in power, using their rhetoric for purely personal ends. Not much ever changes; the ship of state heads for the rocks whoever is at the helm, just as if no one were in charge. One thing is sure, however: the helmsman will be made for life.

This is the drift of a thousand, a million, conversations, in some of which I myself have participated. It is hardly surprising, in the circumstances, that our elections are at most media events rather than important events in the life of citizens. Even those who bring themselves to cast a ballot will more than likely claim to be voting against someone rather than voting for the person who garnered their vote.

And yet at the same time, people who deliver themselves of the opinion that nothing changes, that our system is in a state of total paralysis, can hardly bear to be in the same room with someone of opposing political loyalties. They become murderously angry if they happen to find themselves in the company of someone ideologically uncongenial.

In other words, the battle is fought out on a purely symbolic level. Politics, far from being a practical art, has now become a theoretical matter, and we are all theorists now.

The day after Donald Trump was elected President of the United States, the Guardian, the British liberal newspaper favored by intellectuals, claimed that America had changed beyond recognition, overnight. This seemed to me absurd, as if the election had been a coup d’état and Trump had become a dictator with absolute power. The Guardian was indulging in hysteria—though one hastens to add that such hysteria is not the attribute of one end only of the political spectrum (assuming that politics is a two-ended spectrum rather than a kaleidoscope).

To give way to manias of this kind is to ascribe to politicians more directive power over society than they possess, except under circumstances that, thankfully, are unusual in the West. It is in fact to regress to childhood, a time when one believes in the omnipotence of one’s parents who, as adults, seem as if they can do whatever they like—a power to which the child believes he will accede merely by adding years to his age.

I doubt whether anyone other than an intellectual ever thought that America had changed utterly and unrecognizably overnight with the election of Mr. Trump. Most people probably believed, rightly, that their lives would continue much as before, neither for the better nor for the worse. Mr. Trump was neither the beginning of a new world nor the end of an old one. Change always occurs but is mostly undirected, which is why discussions of what caused it are without end.

Of course, hatred (or for that matter, adulation) that is exercised at the symbolic level can have real, and usually deleterious, effects upon the world. Man is an animal who lives by symbols as much as by bread, though he cannot live by symbols alone. He fights for flags more readily than for personal advantage. Intellectuals, in this regard, are just as irrational as crowds.

Political apathy has both a good aspect and a bad. It may indicate a realistic and mature understanding of how little is to be expected of politicians, and of how unimportant, within quite wide limits, politics is and ought to be in a decent society. It may indicate an appreciation of the blessings of our having created such a society, in which the sources of happiness and unhappiness are not fundamentally political.

It may, on the other hand, indicate cynicism and feeling of impotence in the face of powerful and malign forces. For political apathy can give rise to gusts of irrational hope, particularly among the young, who then invest their favored political figure with the power, or the aura of having the power, to remove the source of all their frustrations (real as these might be). The rise of Bernie Sanders in the United States and of Jeremy Corbyn in Britain, who thrill the young with their preposterous and dangerous notions, is proof of this.

Speaking personally, I have reached an age when I have more to fear from politicians than to hope from them: or perhaps I should say that I have reached an age when I realize that hope and fear are not symmetrically realistic where politics is concerned, given how much easier it is to damage than to improve. It is possible to fell a tree in a few minutes; it may be impossible to grow it in less than a century. We have nothing to fear but hope itself.

PrevChancellor McDonnell: Murder will Out
Do not remove US sanctions on Khartoum before real change in SudanNext