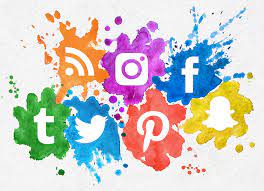 Half a century ago (although it now seems to me but yesterday), there was a lively public debate as to whether representations of violence on television and in the cinema conduced to, or even caused, real violence in society. There was at the time great public concern over a rising tide of violent crime that some criminologists insisted, in the lordly fashion that academics sometimes adopt towards the general population, was unfounded.

There were two main schools of thought on the question of the effect of televisual and cinematographic violence: those who thought that such representations of violence acted in a cathartic way, releasing harmlessly everyone’s fixed quantity of violence within, as an incision releases pus from an abscess, thus lessening everyone’s potential for or propensity to real violence; and those who believed, to the contrary, in mimesis, that is to say, that some people—enough to raise the crime rate—would imitate what they saw on film and television.

Because of the complexities of human existence in large-scale societies with their almost infinite number of variables, no definitive or indubitable answer was arrived at. There were suggestive laboratory experiments. Albert Bandura, for instance, demonstrated that when young children saw adults hitting dolls, they became subsequently (and consequently) more likely to hit similar dolls themselves. But there is many a slip, so to speak, twixt lab and life. The relation between the findings of experiments in social psychology and large-scale socio-historical trends is hardly beyond dispute.

There was an interesting correlation between those who thought that representations of violence led to the commission of real violence and those who advocated censorship. Likewise, those who thought that there was no causative relationship strongly opposed censorship of any kind. It seemed almost as if social philosophy determined evidence, or at any rate determined what evidence was attended to, rather than the other way round as should have been the case if people were rational. Actually, even if violence in film and on television is conducive to real violence, it does not strictly follow that there should be censorship. It would be open to someone to say that the harms of censorship were worse, overall, than the harms of the extra violence caused by the lack of it. But Hume’s dictum, that no ought ever follows from an is, while it might be true in logic or in metaphysics, is not true in psychology.

My own view of the question, for what it is worth, is that a constant diet of televisual and virtual violence from an early age increases the likelihood of the susceptible to commit real violence later in their lives: but I admit that my answer is not definitive and may be wrong.

Another similar or analogical question now arises with the internet and social media: Does the immense quantity of bile and hatred expressed on them, often in violent terms, predate these media of communication, merely lacking a means of expression? Or has the new means of expression conjured them out of people’s brains, like Venus emerging from the sea? And there is the secondary question: what does all this bile signify?

I doubt that any definitive answer can be given to these questions. I started my journalistic career before the advent of the internet, and in those days I would receive a certain number of letters, via the publications in which I published, in response to my articles. They were overwhelmingly polite and reasonable, never insulting even when in strong disagreement with what I had written. There were, it is true, a few letters from lunatics, but they were easily distinguishable by their strange-coloured inks, their peculiar envelopes, their writing that varied, often in a single line, from micrographic to gigantiform, and from their tendency to cover each square millimetre with writing as if paper were in short supply. Even the lunatics at their most incomprehensible, though, never employed bad language.

The internet and social media seem to have changed all this. Recently, for example, a friend sent me an article by the historian, Niall Ferguson, on the war in Ukraine. In it, he seemed to suggest that the West might not be doing Ukraine and Ukrainians any favours by encouraging them to resist further since, despite successes so far, the Russians retained a huge advantage and ultimately had the power to reduce the whole country to rubble. The defeat would be an heroic one but the lasting consequences abominable. One could not help but think of Falstaff’s speech on honour as a dangerous delusion; but quotation is not refutation.

One might disagree very strongly with what Professor Ferguson wrote, relying on a variety of counterarguments; but what could not be said was that his article was either inflammatory or irrational. Insofar as it pointed to possible futurities, no one could say for certain that he knew that Ferguson was wrong, though events might prove him wrong. Clearly, he is a man with immense knowledge, though the knowledgeable are not always right, who writes clearly and calmly.

You have a cranial emptiness… lonely neurons reaching across the void.

I bet you look like a hipster, carry a manpurse and throw like a girl…Mom will send your food to the attic.

If habit becomes character, the ease with which such exchanges can now take place will not improve the character of at least some of the population. Before the advent of the internet and social media, no one would ever have gone to the trouble of writing down such comments on paper and then have posted them somewhere. And even if they did, I suspect that no one would even have given any thought to them. If I am right, the opportunity creates the supply.

I have no solution to offer except the deliberate cultivation of self-control. Censorship would be worse than the easy expression, and hence the production, of the type of bile that I have illustrated above (far from the worst I have seen). Another question is whether the expression of such bile has consequences in what we still call, but perhaps for not much longer, the real world? We are back, almost, to the discussion half a century ago about the effects of representations of violence in film and on television.