Why Is Farhad Khorasani Not Disbarred? 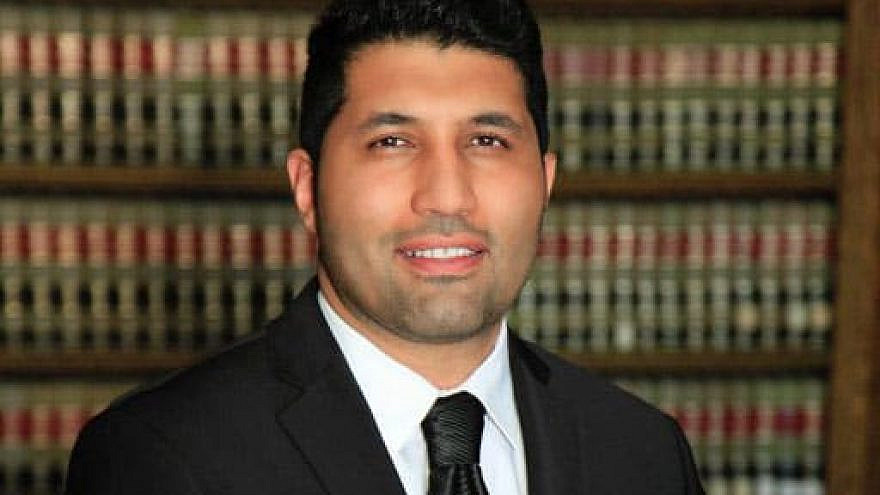 Farhad Khorasani is an Iranian-American who appears to have had two distinct careers. What he did for the first 27 years of his life is not known, but in 2014 he began to act in “Tehrangeles,” described as “a television series Persian-American buddy cops TV show.” It’s unclear how long he was on it; he describes himself as having been “a “stunt man, actor, producer, writer, stunt coordinator.” How long he continued as a jack-of-all-trades on the show, and how long the show itself lasted, is unknown. But apparently it wasn’t all smooth going, for he decided to change careers and become a lawyer. He was admitted to the California bar on December 2, 2019, so he’s been a lawyer for little more than a year. In that time, business appears to have been scanty; his one-man law firm remains a one-man law firm, catering to fellow Iranian-Americans, with its focus on immigration law and on what Khorasani describes, a bit too grandly, for the phrase evokes images of white-shoe firms with branches in New York, Paris and London, not as a one-man operation off a boulevard in Los Angeles, as “international law.”

He has had only one “customer review” as a lawyer. To wit:

Terrible lawyer just in it for the money.

Lawyers like Farhad give all lawyers a bad name. Over promises under delivers and extremely rude! Dishonest is an understatement.

Sounds as if he may be off to a bad start.

But that’s not the worst of it. For Farhad Khorasani has a fixation on Jews, one that he has decided to share, via Twitter, with the world.

Here are some of those tweets:

On Jan. 9 he praised a women, Congresswoman Mary Miller, an Illinois Republican, who had been in the news for declaring that “Hitler was right.” She was not speaking about his murderous antisemitism; the full quote is this: “Hitler was right on one thing: He said, ‘Whoever has the youth, has the future.’” Still to be deplored, but not a real endorsement of Hitler. Khorasani, however, liked the shorter version better:

She said that “Hitler was right,” now she is under fire. The freedom of speech is under assault by the Jewish-Israeli lobbies and their allies in the US, including the big techs

Ah, those “Jewish-Israeli lobbies” so quick to shut down speech they don’t like; they are a menace to to a free society – and there is nothing Farhan Khorasani cares about more than a free society, unless it be the need to rein in the dangerous Jews.

On January 12 he became even more voluble on the subject of “the Jew”:

The Jew anywhere is an existential threat to Aryans, muslims [sic], and Iranians everywhere. Hitler has proved that he knew these terrorist semites very well. Hitler was right, we need a new Hitler.

Yes, he said that: “Hitler was right, we need a new Hitler.”

A few days later, on Twitter, he again warmed to the theme of sinister, malevolent Jews:

Wake up USA. Jews have been carrying out terrorist attacks around the world since the establishment of the Zionist state of Israel. From 9/11 in the United States to the assassination of nuclear scientists in Iran and Iraq, Jews have been using false flag operations to get the US fight their wars against muslims, Aryans, and Iranians for them. America should put an end to this once and for all. Don’t forget, on 9/11 Israelis were seen dancing on the site at the collapsed Twin Towers, that a Jewish-Israeli man made billions in insurance money and that Israeli Prime Minister Benjamin Netanyahu praised the attacks.

We must just stop for a minute here to note what he is saying: it’s the Jews who carried out the 9/11 attacks; a “false flag” operation, with blame cleverly placed on 19 Arabs, 15 of them Saudis, who were falsely depicted as the hijackers. And how clever of the Jews to somehow throw blame for their own killings on that Muslim army doctor at Fort Hood, on the inoffensive Muslim couple at the office party in San Bernardino, on the innocent Muslims who were blamed for an attack by Jews and Israelis on a nightclub in Orlando, on the Muslims wrongly blamed for what Jews did at a recruitment center in Little Rock, and all those other attacks in Minneapolis, Seattle, Los Angeles, Chicago, New York, and Boston that were blamed on Muslims but carried out by Jews. Farhad Khorasani knows all about the Israelis dancing on the site of the collapsed towers on the very same day, 9/11, as the attack was carried out (it must have been difficult, dancing amidst the still-smoldering rubble and corpses). And we all remember, don’t we, how Prime Minister Netanyahu “praised the attacks”?”

This is the mental universe of Farhad Khorasani. But while he suffers from that peculiar mental condition of antisemitism, once he realized he was being noticed, and criticized, for such tweets, he began to get nervous about the possibility of disbarment. So on January 24, he first tried to deflect criticism:

WHY AM I RECEIVING ANTI-SEMITIC MESSAGES NOW? QUESTIONING ME, A JEW, EQUALS HOLOCAUST DENIAL. IF YOU ARE CRITISIZING ME, & TRYING TO SAY JEWS (LIKE ME) ARE LIERS & MUST BE DOUBTED YOU ARE FOLLOWING AN ANTI SEMITIC TROPE SIMILAR TO GOBBLES & HITLER. #3%ASHKENEZIJEW

This was his first thoroughly muddled attempt to pretend that the antisemitic tweets he posted were in fact from others; they were being sent to him – a “Jew” himself, because, he bizarrely claimed, he was “3% Ashkenazi Jew.” And why, oh why, he wondered was this happening?

It fooled no one. And he began to worry even more about mention of disbarment. So on January 28, he tried again, insisting that others, not he, had been responsible for the offensive tweets about Jews, 9/11, and how the world needed a “new Hitler.” These people pretending to be Farhad Khorasani were hackers trying to get him in trouble. On January 28 he tweeted:

Multiple attempts have been made at hacking my Email, Twitter, & Instagram/FB accounts. If you see something crazy posted on my social medias blame it on the hacker.

So “if you see something crazy”on his Twitter account, it can’t possibly be from him, it’s a hacker trying to make him look bad. It wasn’t he who praised Hitler and wrote “we need a new Hitler.” It was one of those “hackers” trying to undermine his good name. Besides, he is 3% Ashkenazi Jew, so how could he be antisemitic? How many people does Farhad Khorasani think he will fool with that all-purpose blame-deflecting claim?

But his hate-filled tweets against Jews are only one intolerable part of this story. The other intolerable part is that those tweets have apparently not been enough for Farhad Khorasani to be disbarred. How is this possible? When a lawyer can be disbarred for shoplifting a pair of socks or a bottle of wine, should a lawyer who says “we need a new Hitler” not be disbarred?

The standard reason for disbarment in most jurisdictions is if attorneys are convicted of a “crime of moral turpitude.” This generally means a crime that demonstrates dishonesty or a lack of moral character, such as theft, fraud, or other crimes of deception. Does admiration for Adolf Hitler and a wish he would return, not constitute “moral turpitude”?

What would happen, do you think, to a lawyer who had repeatedly tweeted his admiration for the Ku Klux Klan and David Duke, who continued to claim that “we need more of those night-riders today to keep the colored in their place,” who praised the way South Africa had been “in the good old days when they still had apartheid”? How long would it take for that lawyer to be disbarred? A New York minute. So why was Farhad Khorasani let off scot-free?