Wicked BDS Witchcraft That Should be Taboo 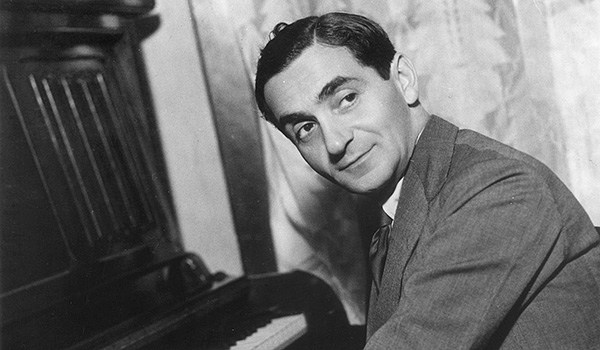 In celebrations of July 4 throughout the country it was appropriate and meaningful to welcome the song God Bless America, now almost a second U.S. national anthem, written by a Russian born Jew who came to the U.S. at the age of five. For its composer Irving Berlin, originally Israel Beilin,  it was the homage of an immigrant raised in poverty to his adopted county, his home, sweet home.

Berlin’s song is pertinent to illustrate the difference between his experience as an immigrant Jew who succeeded and the fate of Jews in Europe over the last two centuries. We are reminded once again of this by the publication in recent months of two books that narrate in detail outbursts of slaughter of Jews. One is The Anatomy of a Genocide by Brown historian Omar Bartov that addresses the massacre of  the vast majority of the Jewish population in the Polish (now Ukrainian ) town of Buczacz. The other is Pogrom: Kishinev and the Tilt of History by Stanford historian Steven J. Zipperstein telling the story of the massacre in the city of Kishinev in Bessarabia in Easter 1903 of the three days of murder (49), rape (600), and other forms of cruelty such as the 1,500 Jewish owned houses and stores ransacked and destroyed by violent mobs and local nationalists.

These hideous slaughters of Jews were influenced by antisemitism, hatred of Jews based on false allegations of “blood libel” and Jewish conspiracies to control societies.  Future events, above all the Holocaust, exemplify the way in which the hatred and false charges led to monstrous acts and to killing of Jews.

False charges against Jews continue in a variety of ways with increased emphasis since the creation of the State of Israel in 1948. The most insidious now, since it uses the righteous language of human rights and justice for false and destructive purposes is the Boycott, Divestment, and Sanctions movement, BDS, a widespead effort at political warfare against Israel misusing appeals to human rights, false accusations of war crimes, and comparisons to apartheid South Africa.

Briefly, BDS calls for boycotts of goods, and cultural, theatrical, and academic exchanges with Israel and even for prejudiced treatment of Israeli personnel in cultural festivals such as those at Stratford on Avon and Edinburgh. Those who may be designated as bigots issue warnings or threats to prospective performers not to do so at venues in Israel. Divestment is meant to prevent economic relations with businesses in or with Israel. Sanctions and arms embargoes are proposed, not against Iran, Russia, or North Korea, but against Israel, based on false charges of war crimes, ethnic cleansing, and a system of apartheid.

The originators of the BDS movement called for the end of the occupation and colonization of all Arab lands. On this issue there are legitimate differences of opinion and many non-Palestinians who support BDS may believe this. But only forthright commentators acknowledge that the purpose of BDS goes beyond causing economic and political problems for Israel, and that its real purpose is the elimination of the State of Israel.

Ideologically, BDS is the outcome of the August 31-September 8, 2001 Durban, South Africa, conference, purported a “World Conference against Racism,” but whose outcome was preparing the ground, as was shown in a draft resolution, to equate “Zionism” with racism. Colin Powell, then U.S. Secretary of State, withdrew the U.S. delegation from the conference because of its hateful language, the planned equation of Israel with racism, the false allegation of apartheid, and the singling out of only one country, Israel, for censure and abuse.

In July 2005 the BDS movement was officially started by more than 170 Palestinian organizations. For unprejudiced observers, the real intentions were clear. Omar Barghouti, echoing the Nazi “final solution,” spoke of the “final chapter of the Zionist project…the rapid demise of Zionism and nothing can be done to save it.”  In 2012 As’ad abu Khalil, Lebanese-American professor of political science in California, commented that justice and freedom for the Palestinians are incompatible with the existence of the State of Israel. Ahmed Moor, BDS activist born in Gaza, stated that BDS does mean the end of the Jewish state: “There should be no equivocation on the subject, it is not another step on the way to the final showdown; BDS is The Final Showdown.

It would be too extreme to suggest that all present day critics of Israel are advocating progroms of Jews or liquidation of Israel, but the call by some of them, who always carefully deny they are antisemites, for BDS is in effect implicitly, if not explicity, a call for the end of the State of Israel.

This has always been a major problem at organizations of the UN, above all the misnamed absurd organization, UN Human Rights Council, UNHRC, from which the U.S. withdrew on June 19, 2018.  Its anti-Israeli bias was once again displayed on July 2, 2018 at its annual debate on Agenda Item 7, the opportunity to introduce condemnation of Israel. The US withdrawal may have had some influence in the outcome since “only” 43 nations, out of the 193 total, took the floor to denounce Israel.

It was routine for the Palestinian representative, seemingly unaware on the day he spoke that Hamas was firing rockets on Israel, to speak of “the illegal practices of Israel, and its refusal to comply with international humanitarian law.” It was more unusual that the Hungarian representative spoke against the UNHRC antisemitic atmosphere, that contributes to a “hostile climate feeding on extremism, terrorism, criminality” against Israel.

However, once again George Galloway, Labour Party politician and former mayor of London, referred to Israel as “industrialized lying, self-deluding, falsification of history. Galloway thought the closest comparison of the Israeli “settler state” was Boer (Afrikaans) ethno/fascists in aparthheid South Africa. The anti-Israeli argument, if not necessarily the antisemitic virus, has spead to New York City with the victory of the 28 year old Alexandria Ocasio-Cortz on June 26, 2018  in the NY 14th Electoral District. She confesses to be a supporter of BDS.

More prounced have been two international events. One is the call, initiated by Palestinian groups of journalists and cultural bodies, to boycott Eurovison 2019 planned in Israel. They may have been particularly annoyed that the Israeli singer Netta representing her country won the Grand Final at the Eurovision 2018 contest with her song Toy. The Ireland Palestinian Solidarity Campaign organized a petition, signed by more than 4,200 people including Nobel Peace Proze winner, Mairead Kilgallen, the Mayor of Dublin, the Irish Musicians Union, and Irish Equity, to boycott the event in Israel.

The other event is controversy over the Ruhrtriennale arts festival, to be held August-September 2018. Some groups planning to appear pulled out of the festival on the excuse it was sponsored by the Israeli Embassy which was listed as a partner. Mountains out of molehills with the entrance of the obviously grandiose Israeli international conspriracy. The Embassy plans to give 500 euros, less than $600, to help cover the travelling expenses of the Israeli performers there. The organisers of the festival decided to drop a group, the hip hop trio, The Young Fathers, from the line up, because of the declared support of the group for BDS.

As a result of international opposition to the decision, including accusations of McCarthyism, the festival reversed its decision, reinvited The Young Fathers, and even encouraged them to explain while on stage their support for BDS. As a result of Palestinian pressure, the festival was thus providing a platform for advocacy of BDS by the trio, one of whom was born in Liberia, and a second born in Edinburgh to Nigerian parents.

Even more appalling in this serio-comedy was the letter published in the British paper, The Guardian on June 26, 2018 written by 75 cultural personalities and artists who said they criticized attempts to impose political conditions on artists supporting Palestinian human rights. They held that Ruhrtriennale’s first decision was a “particularly alarming form of censorship, blacklisting, and repression.” In what others might see as contradictory and hypocritical, the alarmed, usually hard-nosed, group considered BDS as a lawful exercise of freedom of expression. For them, boycotts that are “anchored in universal human rights  and aimed at achieving justice for marginalized and oppressed communities” are a legitimate non-violent tactic.

The list of the “alarmed” includes a number of the usual suspects, whose concern for “universal human rights” has always seemed to be limited for action against Israel which has caused them such pain. Included are Judith Butler, Noam Chomsky, Desmond Tutu, and Alice Walter. Theatre and film personalities appear front stage: Julie Christie, Viggo Mortensen, James Schamus, Ken Loach, Danny Glover,and Mike Leigh: individuals previously occupied with their starring role as performers.

If any real pain is suffered it results not from the absurd accusations that Palestinans have been denied their right to peaceful protest but by performers who are pressured  by BDS activists, as in the case of the New Zealand Grammy-award singer professionally known as Lorde who was forced to cancel an engagement in Tel Aviv. One wonders about the mentality, let alone the honesty, of those BDS advocates who declare that a 21 year old woman performing the hit song Royals in Tel Aviv will be seen as giving support to the policies of the Israeli government.

PrevChristian peacemakers’ creepy crush
On Immigration and the Supreme Court, Democrats Are SnookeredNext