Woman who posted rap lyrics as tribute on Instagram guilty of Racism.

Why speech in the UK is a restricted area; it isn’t just political activists going about their political activism who are constrained. This is the original story from the Liverpool Echo, although Peter, who originally alerted me to the conviction sent me the BBC report. 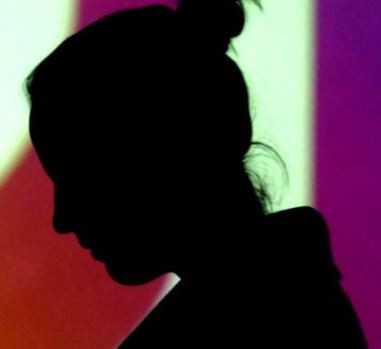 Frankie, 13, died after he was hit by a car while riding a bike in the Page Moss area. The lyrics, said to have come from a song by US rap artist Snap Dogg, were ‘kill a snitch n**** and rob a rich n****.’’ I’m not too sure how that is relevant to a tragic road traffic accident, but maybe the boy was known to like the song.

She was charged after Merseyside Police were anonymously sent a screenshot (which) was then passed to Constable Dominique Walker, who is based within a specialist police hate crime unit.

The court heard that Ms Walker was the sister of Anthony Walker, who was the victim of a notorious race hate murder on Merseyside.

She said: “As a black woman I found the words offensive and upsetting. The words are offensive to both black and white people.”

PC Walker also asked Carole Clarke, defending, not to use the word n**** in the court because she found it so offensive. Now that is absolute balderdash. 35 years ago when I was trained as a court clerk we were coached so that, when necessary as part of our duties, we could read aloud to the jury statements containing the most vile and foul swear words that we would never contemplate in our own home. It was part of the job, like a paramedic needing to deal with the sight of blood and gore. This policewoman isn’t fit for her job if she can’t handle evidence.

Ms Clarke argued that the meaning of the ‘n’ word had changed over time because it had been popularised by hugely successful and popular rap artists such as Jay-Z, Eminem and Kanye West. She said: “Jay-Z used these words in front of thousands of people at the Glastonbury festival.”

Russell told the court that she copied the lyrics from a friend’s Instagram account, which were used by thousands of people to pay tribute to Frankie Murphy. She said: “Young people across Liverpool use the word to greet each other. I listen to rap music and it’s in every single song.”

David James Rodway, who appeared as a defence witness, also said that the lyrics were used by young people all over Liverpool to pay tribute to Frankie Murphy on Instagram.

Russell, who was charged with sending a grossly offensive message by means of a public electronic communications network, was found guilty following a trial. Prosecutors said her sentence was increased from a fine to a community order “as it was a hate crime”.

District Judge Jack McGarva … ordered Russell to comply with a curfew order restricting her movements between 8pm and 8am for 8 weeks.

She was ordered to wear an electronic tag on her ankle during this period of time. Russell was also ordered to pay £500 toward costs and a £85 victim surcharge. (how much chocolate to sooth her inability to cope with evidence will that supply WPC Walker?). As Peter said this is a

“cranking up of state censorship and oppression of the indigenous people . . .

The song contained that word which blacks use to refer to themselves but around which white people must fear to tread. . . That’s the precedent this has set.

…  Thousands of rap songs contain that word.  Any black can transcribe those lyrics. But a white girl is now a convicted racist because she transcribed the lyrics.

The context of her skin colour mattered.  The context —  that she was quoting the word — did not.”