Your Children Belong To The State 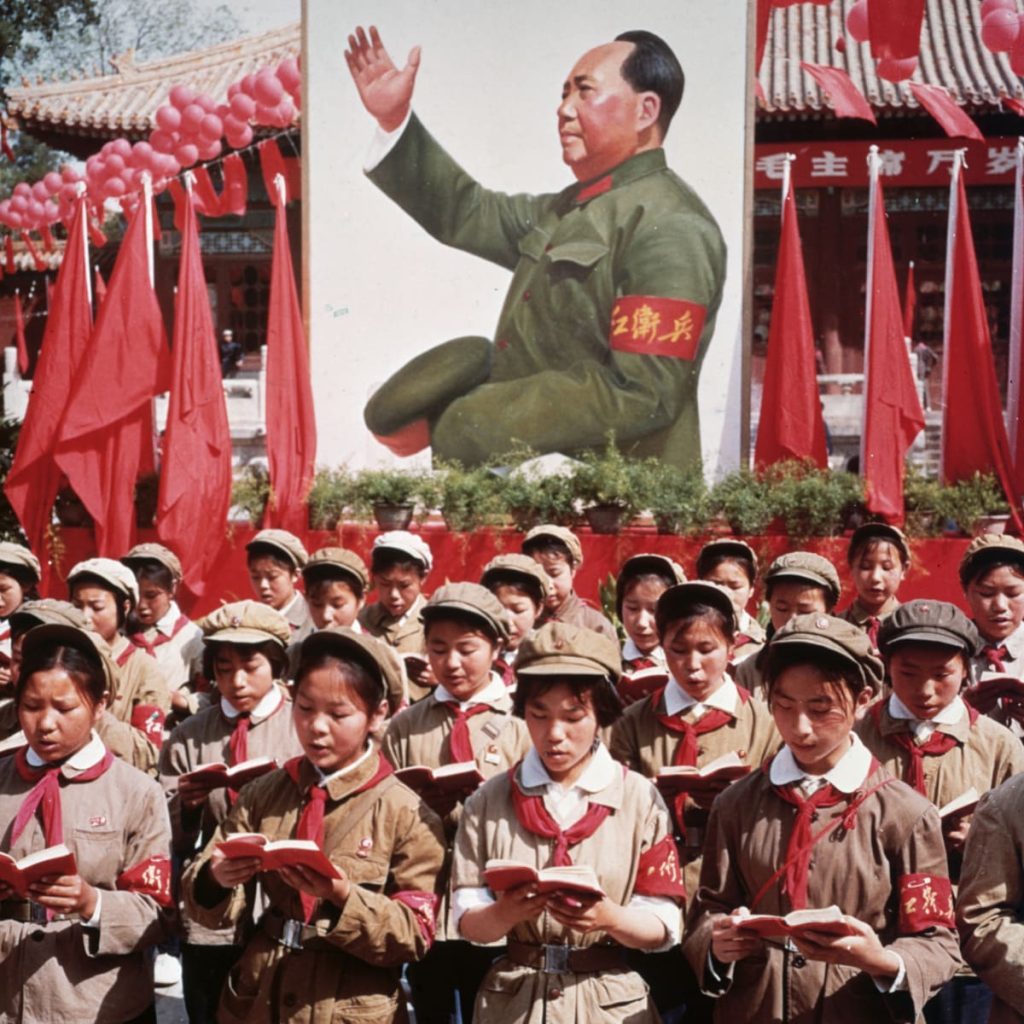 The incidents of schools indoctrinating children, along with school boards scorning the wishes and objections of their parents may seem puzzling, to say the least. Let me shed some light.

Unlike the hundreds of films that have been made on the Nazis, to my knowledge only two have been made on the genocidal Khmer Rouge of Cambodia, “First They Killed My Father” and “The Killing Fields.” There was a brief scene in the latter of which I think most people did not catch the significance. The communists had taken over the country and had begun indoctrinating the children. The teacher had drawn on the blackboard stick figures representing a family holding hands. A child was asked to come up to the blackboard whereupon he erased the child figure’s hand holding the mother, thereby separating the child from the family. The teacher smiled with approval.

In all the versions of Marxist regimes, one goal was to separate the children from the parents and own them by the state. Children were encouraged to spy and report them to the authorities for any anti-communist remarks parents made. And this, indeed, occurred often in the Soviet Union, China, North Korea, and Cuba (even Stalin was disgusted when this took place).

Recently, we saw an instance of a son snitching to the FBI on Christmas Eve over his father’s political views and participation in the Jan. 6 protest. There have been other instances of children turning on their parents. The FBI has started to encourage friends and family to spy on each other and report any dissidents.

This phenomenon rarely occurred in the National Socialist regime, the reason being that its ideology was not anti-family, whereas Marxism is (so was Spartan society, another totalitarian state). Engels and Marx considered the family unit to be a miniature version of capitalism, wherein the man sees the wife and children as property to be exploited, a view echoed by modern feminists since many had a Marxist background. Engels, incidentally, was the first of what is now commonplace, an oxymoron capitalist, that is, a capitalist who promotes communism.

Under communism, once the child was stripped from the malignant influence and values from the parents and the previous society, and was shaped to instill obedience, acceptance, subordination, and hatred towards the regime’s enemies, and also stripped of individual thinking and defiance, the end result would be The New Man. The New Man would fit perfectly in the new utopia and would safeguard it and its glorious leaders.

Here is the testimony by a captured Khmer Rouge torturer in which he explains the basis of indoctrination and the question of recruiting young people into their movement. Teenagers are:

like blank pages on which you can easily write or paint. … We took in many young people and trained them to be cruel. We used communist jargon to normalize situations— that played a big part in turning innocent people into brutes. Their characters changed. Their kindness gave way to cruelty. They became motivated by class rage.

And this takes us to modern-day North America.

The indoctrination of children in schools controlled by communists in America* is rather bizarre, though the tactics and the goal are identical. The indoctrination consists of A) hate everything about America B) promote racial Marxism and a race war C) turn children into homosexuals D) turn children into transgenders. The latter two may seem counterproductive until one realizes that it fits with the ultimate goal of undermining everything about the present society, make it rotten, in order to build a utopia on the remains. All this is done under the mantra of DEI (diversity, equity, and inclusion). As Alexander Solzhenitsyn pointed out, “To destroy a people, you must first sever their roots.”

On top of this, this year saw a sudden influx of fat drag queens strutting in schools and libraries in women’s underwear, sometimes twerking in children’s faces, to the delight of leftist parents. In certain districts, Antifa, the paramilitary branch of the Democratic Party, showed up armed to the teeth to intimidate any outraged parents that might show up (Antifa has also threatened parents who object to graphic homosexual pornography in schools).

They have gone to schools and school boards to voice their concerns, their anger, and their disgust over pornographic books, racial Marxism, and promoting homosexuality/transgender, including making boys wear girls’ dresses. But instead of encountering sympathetic people, parents have found the apparatchiks to be arrogant, dismissive, and mendacious who see the parents as, at best, meddlesome and stupid and, at worst, as — of course — racists and white supremacists. These insults have been echoed by leftist government officials and celebrities.

Sometimes, the school board members scurry out rather than listen to messages that jar their ideology, a very common reaction among totalitarian fanatics. The communist teachers and apparatchiks have open contempt for the children’s parents. Parents are an irritation, just a speed bump on the road to brainwashing the next generation. A teacher’s union has made it clear that parents should have no say so in the education of their children, a sentiment echoed by Education Secretary Miguel Cardona.

Some schools deny teaching CRT while simultaneously defending it. Facts prove otherwise. It doesn’t matter what the parents want or object to, indoctrination will continue, even if it is to be done covertly through simply renaming a subject or just outright lying that the indoctrination has ended, or for that matter, encouraging the pupils to lie to their parents. Or parents are simply not informed and left in the dark (a manual has been distributed for just this purpose). The tactic of “This is a little secret between you and me” is an old tactic used by grooming perverts.

It is very well organized.

Additionally, various school boards have sought the assistance of federal institutions run by Democrats, particularly the FBI, by referring parents who object to the indoctrination and the grooming as “domestic terrorists” (one California school district’s DEI director had a milder epithet: “resisters”). The FBI director has been happy to comply while being reluctant to investigate BLM riots or leftist mobs in front of the homes of conservative Supreme Court judges. However, parents refuse to be intimidated by the FBI.

One Democrat politician suggested authorities should look into taking children away from parents who do not “affirm” their child’s gender identity, while in California this is now the case. This echoes one teacher’s suggestion to call CPS on parents who oppose the chemical and physical mutilation that is necessary to transgender. A New Jersey union referred to such parents as “extremists,” a clear case of projection, while a California union encourages schools to have homosexual and transgender clubs.

And if there is any doubt that it is the leftist Democrats who are behind this push, note that the Biden administration is funding drag queen shows in other countries.

When all else fails, of course, the leftists can directly retaliate against the children (after all, they must be white supremacists too). And GoFundMe can sabotage the parents.

Meanwhile, the media has been mostly silent. When it does cover the topic, it does so by either deliberately misrepresenting the issue, or outright condemnation of the parents, but never reporting the pornographic books in school libraries, nor the drag queens’ performance, nor the racism inherent in CRT.

Some parents, rather than confront the malignant cancer and defeat it, opt for conservatives’ favorite tactic: run awaaaay! They take their children out of public schools, leaving the rest of the children to be victimized.

Other parents, however, have decided to fight back, either by protesting or by using the courts, with success.

Just make sure it is a permanent victory.

One hundred years from now, when “toxic masculinity” becomes normal once again, people are going to look back flabbergasted at the fact that parents did not invade schools and kill the perverts that were trying to convert their children into homosexuals or to become “transgender” and who were trying to start a race war.

Armando Simón is originally from Cuba, a retired psychologist, author of Very Peculiar Stories and A Cuban from Kansas.