Qatar inviting controversial Islamic preacher Zakir Naik to give religious lectures during the ongoing FIFA World Cup in Doha has not gone down well with many people in India. 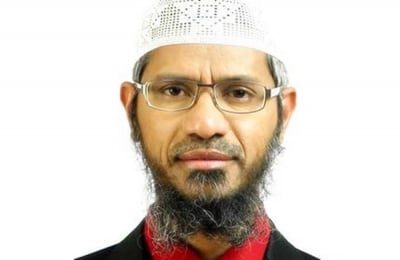 Footage purporting to be of Naik hearing the conversion to Islam of four men in Qatar for the football has been corrected by the South Asian press as archive footage from 2016.

Social media posts have shared a video alongside a false claim that it shows “four men converting to Islam” at the opening ceremony of the World Cup in Qatar with an Islamic preacher. But the footage — which has been viewed thousands of times — has circulated online since at least 2016 in posts about an Islamic conversion in the Qatari capital Doha that year. Reports from the time identified the man who led the ceremony as Dr Zakir Naik, a controversial Indian Islamic preacher.

The post’s Bengali-language caption translates to English as: “Praise be to God. Four non-Muslims have accepted Islam after the speech of Dr Zakir Naik in the opening ceremony of the Qatar World Cup.”

Combined keyword and reverse image searches on Google found the same footage here tweeted by Jaber al-Harmi, former editor of Qatari newspaper Al-Sharq, on May 27, 2016. Al Jazeera Arabic published a report on May 27, 2016 which included a similar video of the same event.

Taqiyya is always of use….not.