Zelensky for the Nobel Peace Prize 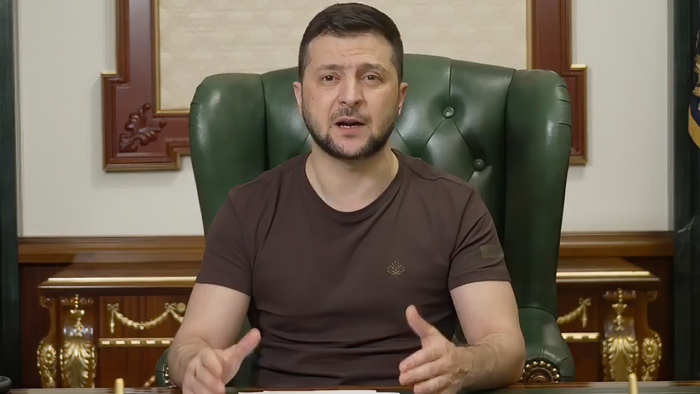 It is a truth universally acknowledged, except by Russia, North Korea, and a few other reprehensible states, that Ukrainian President Volodymyr Zelensky should be given the Nobel Peace Prize. This extraordinary individual has not only been the inspirer of his people against the unprovoked aggression of the war criminal Vladimir Putin, but has become the moral conscious of the world, the symbol of civilization.

Unfortunately, this award is unlikely to happen for bureaucratic reasons. The official deadline for nomination for the NPP was January 31, three weeks before the Russian invasion, and the nomination of Zelensky was after that date.

Now, it is fitting for all those who admire Zelensky’s remarkable personal struggle against authoritarianism staying in office in the capital of Kyiv rather than leaving the country for safety, his stand for democracy and self-government, and his advocacy of a just peace to petition the Nobel Prize committee to waive their rule.

Clearly an exception should be made for this extraordinary figure, both for himself and for the country of Ukraine, symbolizing invincibility, defending Ukrainian sovereignty against the Russian onslaught. Despite then bureaucratic rule, this is the moment for the world to show its esteem of a man who, unexpectedly, has become a great leader, a role model for freedom fighters.

The Nobel Peace Prize, NPP, one of five Nobel prizes awarded, is given on December 10, the day of the death in 1895 of Alfred Nobel, in Oslo city hall.  Nobel was the Swedish scientist and philanthropist, whose most famous invention was dynamite, who bequeathed his fortune to establish the Prizes. The NPP is officially given to those who during the preceding year conferred the greatest benefit to mankind, the person or organization that  has done the most or best to advance fellowship among nations or in the establishment and promotion of peace congresses.

Nominations can be made by about 3, 000 individuals, academics working in the various relevant political areas, members of national  assemblies and governments, former laureates, and members of the  Norwegian Nobel committee. Posthumous nominations are not permitted.

Up till   2021, the peace prize has been awarded to 108 individuals and 28 organizations.  They include 18 women, more than women in any other Nobel prize. The youngest person to get the peace prize was Malaia Yousafzai, Pakistani activist for female education, in 2014 at age 17. The most recent ,in 2021, is Maria Ressa, Filipino-American journalist and author, for her efforts to safeguard freedom of expression.

The recipients of the NPP vary considerably and the choice has often been controversial. The main general criticism that the NPP has been awarded in political motivated ways that the NPP has become increasingly politized and has a political agenda, and has omitted more deserving candidates.

In spite of the great honor, individuals for different reasons have declined or been forced to decline different Nobel prizes.  Most notorious was Jean-Paul Sartre in 1964 refused the Nobel literature prize, as he had already refused membership of the Legion of Honor, saying, “a writer  should not allow himself to be transformed into an institution, even if it takes place in the most honorable form.”  Sartre rejected the fact of his personal commitments,  philosophical and political, being associated with any institution, including the Nobel Prize. Boris Pasternak in 1957 was forced to decline the prize for literature because of command by the Soviet Union.

The NPP in 1973 was declined by Le Duc Tho, the first Asian to get the NPP award, who had been given it, together with Henry Kissinger, for his role in the Paris Peace talks to end the Vietnam war.   He declined, saying there was still no peace in Vietnam.  Aung San Suu Kyi was given the NPP in 1991, for “her non-violent struggle for democracy and human rights” but her children had to accept the Prize because she was under house arrest in Myanmar (Burma).  She rejected the government offer to free her if she left Burma and withdrew from politics.  Other occasions of decline of the award were during the Nazi regime when Adolf Hitler prevented   three Germans from accepting their prizes.

It is more pleasurable to note some of the awards given for achievements in the area of human rights.  Among them are:  Albert lthuli, South African teacher and activist   in 1964, spokesperson of campaign  of civil disobedience  against the South Africa policy of racial segregation. Martin Luther King, Jr, in 1964, for his “non-violent struggle for civil rights for the Afro-American people.”.

Andrei Sakharov, Soviet nuclear physicist and activist  in 1975, for upholding  fundamental principles for peace. The European Union in 2012, for having contributed  to the advancement  of peace, democracy, and human rights in Europe. And Aung San Suu Kyi   in 1991.

Other recipients of NPP awards seen as appropriate and deserved, include John Hume, Catholic leader of moderate Irish Social Democratic party, and David Trimble, leader of the Protestant Ulster Unionist party, in 1998 for “efforts to find a peaceful solution  to the conflict in Northern Ireland.”  Nelson Mandela  and F.W. de Klerk were jointly  given the award in 1993, “for their work for the peaceful  termination of the apartheid regime,  and for laying the foundations for a new democratic South Africa.  Elie Wiesel 1986 , was the “messenger to mankind ; his message was one of peace, atonement, and dignity.”

Other NPP awards have been controversial. Soviet President Mikhail Gorbachev was cited for the leading role  he played  in the peace process and in the radical changes in east-west relations.  Henry Kissinger in 1972, was  opposed on the argument  he was not a peacemaker but rather one who widened the war.  Yitzhak Rabin, Shimon Peres  and  Yasser Arafat, were given the award in 1994 for “efforts to create peace in the Middle East.”  Arafat is probably the most controversial figure to have gained the award.

However, another controversial award was that to Barack Obama in 2009. He was president for only 11 days when he was nominated, and then was cited    for his “extraordinary efforts to strengthen international diplomacy and cooperation among people.” Obama himself   stated he did not feel worthy of the award, and many held that he had not gained the achievements to merit the award.

And then there are those who were not chosen.  A list would include Mahatma Gandhi, Eleanor Roosevelt, U Thant, and Vaclav Havel, and Corazon Aquino, former president of the Philippines. The omission of Gandhi has been particularly controversial since he was nominated five times between 1937 and 1948.

There is a rightful place in this list of NPP award winners for Zelensky and the people of Ukraine.  Zelensky has had an unusual career. Born into a Jewish family, a father was a professor who taught   computer science, and mother an engineer, he is not religious since as he said “religion as such did not exist in the Soviet Union.” But he is not ignorant of the Holocaust.  His great grandfather and three of his grandfather’s brothers perished in the Holocaust, and  his grandfather was the only  one to survive. He didn’t focus on his background as a Jew during the presidential election which he won overwhelmingly with 73 % of the vote.

He grew up   in Russian speaking south east Ukraine, played the  guitar as a teenager,  became an actor, comedian, and champion dancer, before entering politics where his electoral campaign was allegedly financed by an oligarch, Igor Kolomoyskyi, of dubious reputation.

From the start, he attempted a policy of friendship with Russia and organized a dialogue between the two countries, but Putin would not participate.

The Nobel Prize Committee should  honor Zelensky, an unlikely and improbable  hero, who has become the conscience of mankind, and the herald of civilization in the 21st century.