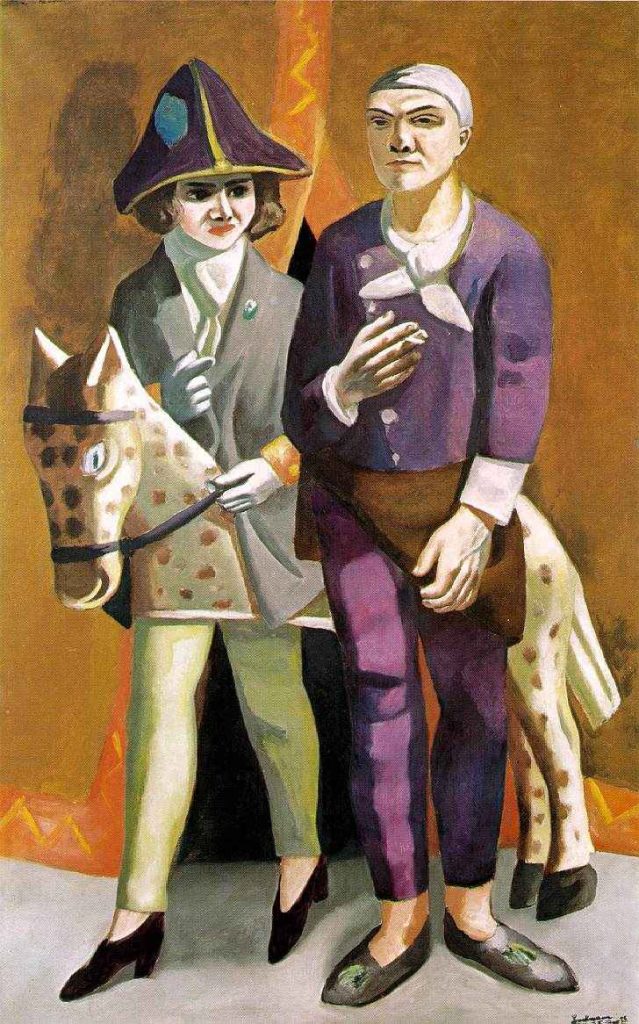 There is a lot of gobbledygook[*] being peddled by the ‘younger generation’ (essentially brainwashed by leftist/liberal progressive propaganda) that involve the invention of new words, combination of words yielding new phrases and meanings, and the re-definition of existing vocabulary by which they form a seemingly unassailable word soup argument supporting a rather insane agenda.

In a world dominated by meme culture, ever-changing social media platforms, and the ability to cram your thoughts into a 280-character tweet, your grasp of basic slang can make or break your credibility as a functional and supposedly cool human.

Scroll through the comments of any Gen Z influencer’s Instagram feed, and you may feel completely out of the loop on what the world is talking about. —Insider.com 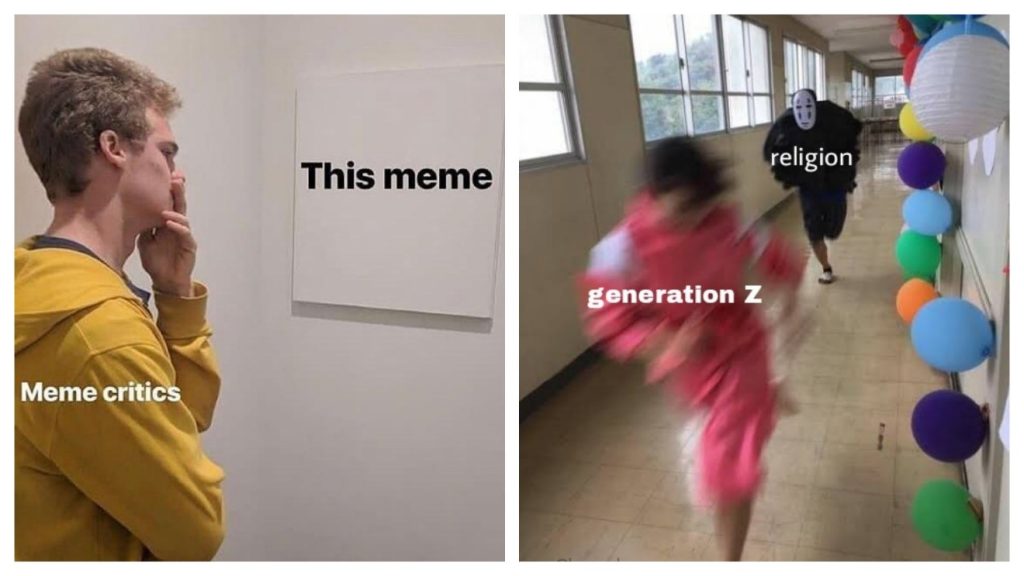 I had a nearly three-hour long conversation recently with a Gen Z (1996-2015) person, with her parents attending (friendly neighbors), over a breakfast meet up.

We covered gender topics, cultural appropriation, and the recent Roe vs. Wade decision.

I was rather astonished by what I came to understand.

GenZ wishes to correct wealth inequality, they prioritize the environment (most have been led to believe the world will end in a few short years), they tend to live alone and are not interested much in marriage or having children and are addicted more to tech than any previous generation. They are constantly on their smartphones and anxious about FOMO (fear of missing out). They are in constant contact with each other, social media, influencers, etc. They are hung up on human rights and diversity. They are transhumanic … They are also neutral about the ‘work ethic,’ not greatly interested in buying a house, investing, etc. They are behind ‘causes’ that make sense to them. 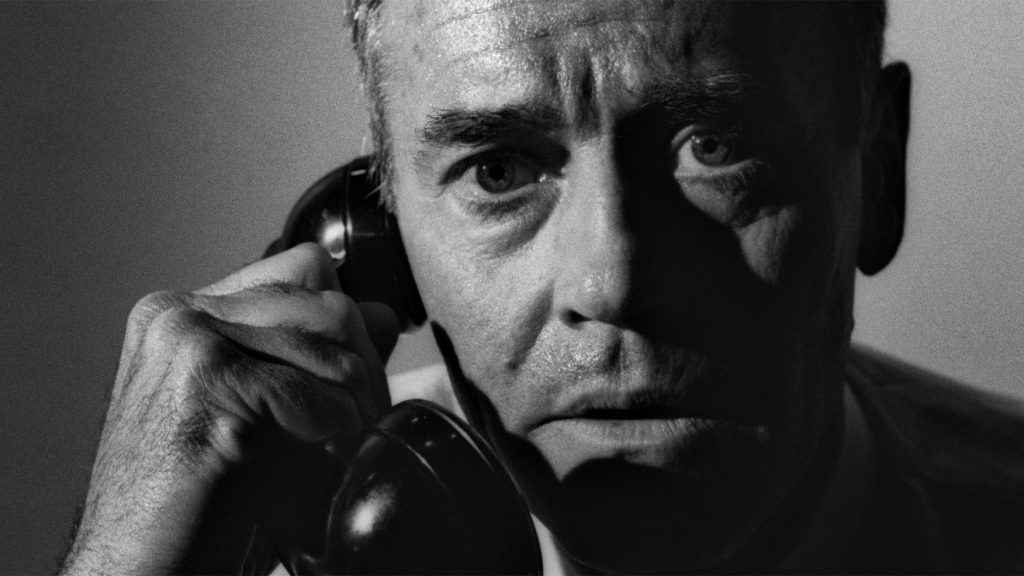 GenZ has concocted their own world view and it is something that must be frankly opposed. It is difficult to undertake a rational conversation because so much of their vocabulary is brand new and self-referential. It all weaves together to form a permissive, accommodative society which is extremely sensitive to each other’s “identity.” Tolerance is the underlying objective. This enlightened belief, by itself, should be lauded if deserved. But those who find their narrative objectionable and feign to criticize their world-view are accused of anything from micro-aggression and trans-phobia to hate speech. Those offended go to their safe spaces and those who criticize are canceled. Pretty simple. 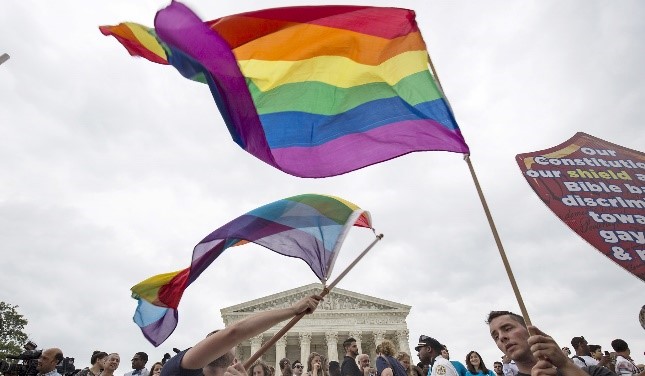 Earlier, ‘guys and dolls’ was a simply understood slang term for males and females. We also figured that guys were guys (men) and dolls were gals (women). There was no confusion. Now there is. For the older generation. 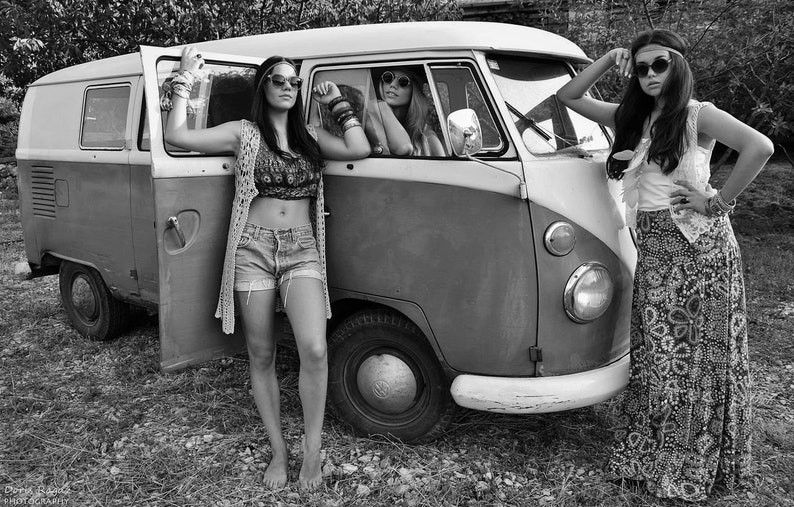 GenZ is a product of years of leftist liberal thinking that permeated our grade schools, high schools, and colleges. These graduates will run businesses, corporations, and our government. They are in our religious assemblies and want to push religious tolerance into a sphere that is otherwise quite specific in terms of what is acceptable human behavior and what is not—to God.

It recently was ‘discovered’ (due to the Covid stay at home teaching), and leaked to shocked parents inadvertently, that all sorts of gender sexuality and critical race theory was being taught to unsuspecting pupils. Children absorb everything, right or wrong. Young adults build on the teaching and the chrysalis emerges as a sexually ‘tolerant’ and race sensitive person who has completely liberal views about nearly any subject. 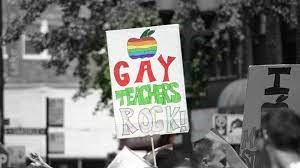 One also has to note the reduction in religious attendance, the tendency to minimize teaching spirituality in schools, the general shying away from national pride, and the lack of parental oversight and teaching basics of life in the recent few decades that has led to a generation who will accept everything and judge nothing.

The concept of right and wrong, good and evil seem elusive to the GenZ group. By accepting all sexual mores and adopting all politically correct thinking, they are the most sensitive generation in quite a long time. An apt nickname is the “crystal generation” —because of their hypersensitivity. One has to learn their ‘language’ though so as to make sure one is not offensive. Woke has come to mean “alert to racial or social discrimination and injustice.”

Those who are foisting these ideas into educational institutions have invented another term, ‘intersectionality,’ to describe the principle idea of this parallel universe: “the interconnected nature of social categorisations such as race, class, and gender, regarded as creating overlapping and interdependent systems of discrimination or disadvantage.” —Oxford Dictionary (2015). Womankind Worldwide further elaborates: Intersectionality is the acknowledgement that everyone has their own unique experiences of discrimination and oppression and we must consider everything and anything that can marginalise people—gender, race, class, sexual orientation, physical ability, etc. 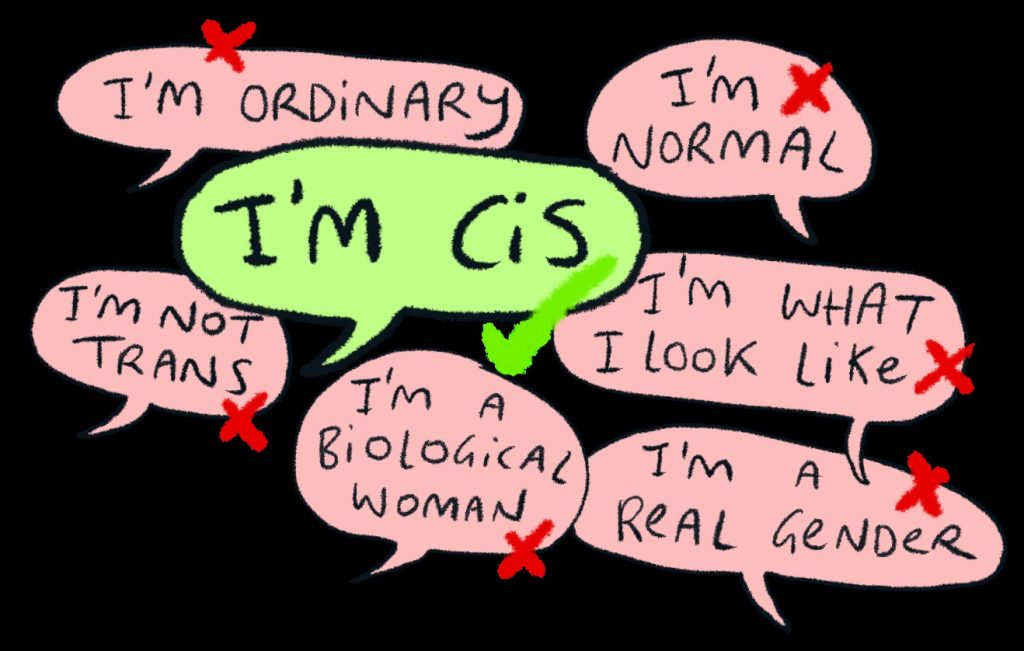 GenZers are finely tuned in to any indication of discrimination, and they are completely serious about this. They are on the lookout for white privilege especially. The goal is to accept diversity in all forms. “Words we use every day are ableist, exclusionary and downright offensive to marginalized communities.”

The catchwords and slang of yore were generally self-descriptive or readily definable. Now, we must be extremely careful how we communicate to GenZ because normative definitions have been skewed. They wish to be addressed by the proper pronouns. We should of course be non-judgmental as they start describing their gender preferences and accept their racial status in a world where equity is a high priority. All of this is maddening.

Cis-gender (a Latin construct,[†] denotes someone whose sense of personal identity and gender corresponds with their birth sex), transgender (the antonym of cis-gender), equity (creating equal outcomes for all community members), critical race theory, gender affirmation (usually a medical procedure to be what you want to be), reproductive rights (a euphemism for abortion), cultural appropriation, all add up to a woke mentality which has infected a generation that will unblinkingly support or fight for equal sexual rights, but may not fight well in a military conflict. They prioritize political correctness, but cannot lead. They believe the control of their bodies shouldn’t be interfered by the government and or any edict, but don’t even know or care that over 50 million abortions were undertaken since Roe v. Wade. Most had nothing to do with incest or rape. They constantly correct the previous generation’s normative definitions in order to substantiate their narratives. 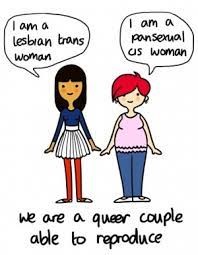 For example: male and female are terms used only for biological purposes (and the slightest deviation is reason to accept without prejudice), not to describe men and women. Because we can now select whom we wish to be and what we want to look like. And no one should object. It is nonnegotiable.

In one question to the newest Supreme Court Judge during confirmation hearings, the question was asked: Can you define the word “woman”? The nominee replied that she couldn’t because she wasn’t a biologist. Well, of course this is an erroneous response because the term “woman” now is not about biology, it is a right of choice. Senator Blackburn responded: “The fact that you can’t give me a straight answer about something as fundamental as what a woman is underscores the dangers of the kind of progressive education that we are hearing about.”

And this is the entire problem now, one which must be opposed at every level of society and government, overturned and realigned. Many believe that this movement is unstoppable, inevitable, and will define society from this time on. GenZ may be the most potentially dangerous and lethal number of groupthink individuals produced to date in this country. It is easy to deduce that the Supreme Court ruling sanctioning same-sex marriage opened Pandora’s box. The reverse could be initiated.

Gwen Stefani was recently accused of cultural appropriation by her peers (the inappropriate or unacknowledged adoption of an element or elements of one culture or identity by members of another culture or identity) in several music videos, for a variety of dress and hair faux pas that make very little sense. The world’s cultures have borrowed from each other for thousands of years!!

GenZers are extremely tuned in to this and are willing to cancel quickly when someone is accused.

So I thought about this and realized that Zorba wasn’t a Greek.

Anthony Quinn, of Mexican heritage, played a perfect Greek (I know, my mother was one) and thought for many years he was Greek. When I found out that he was not, I was astonished, yet I didn’t blame him for appropriating Greekness. He did an exemplary job and I wasn’t personally hurt in any way by this actor’s portrayal. And he never apologized.

For the last 25 years, I have incorporated Greek and Roman architectural elements into my work. I have been culturally appropriating ancient art and architecture in my work. And for that I am profoundly apologetic … NOT!!

[*] The term gobbledygook was coined by Maury Maverick, a former congressman from Texas and former mayor of San Antonio. When Maverick was chairman of the Smaller War Plants Corporation during World War II, he sent a memorandum that said: “Be short and use plain English. … Stay off gobbledygook language.” Maverick defined gobbledygook as “talk or writing which is long, pompous, vague, involved, usually with Latinized words.”

[†] Groupthink is a psychological phenomenon that occurs within a group of people in which the desire for harmony or conformity in the group results in an irrational or dysfunctional decision-making outcome. Cohesiveness, or the desire for cohesiveness, in a group may produce a tendency among its members to agree at all costs. This causes the group to minimize conflict and reach a consensus decision without critical evaluation.

Groupthink is a construct of social psychology, but has an extensive reach and influences literature in the fields of communication studies, political science, management, and organizational theory, as well as important aspects of deviant religious cult behaviour.