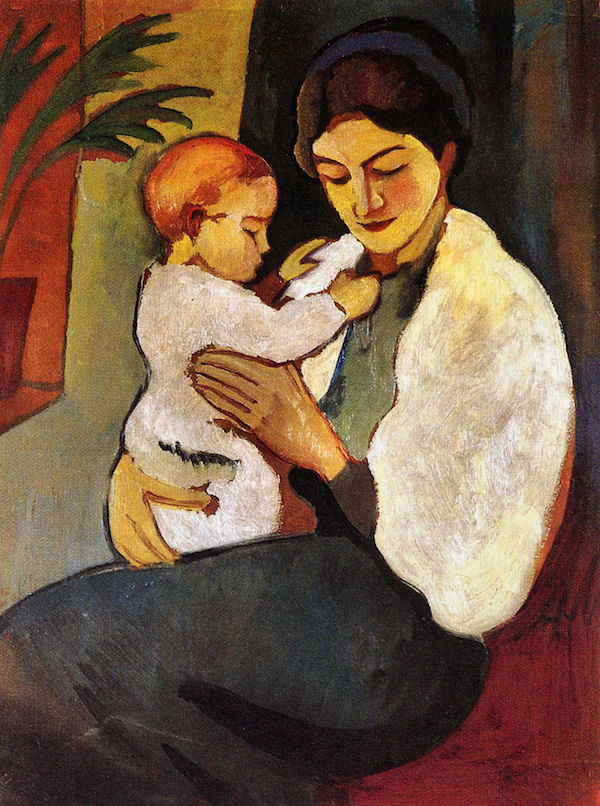 Conscientious parents are particularly attuned to the relationship between the passage of time and being a parent. Time is indeed fleeting, and parents perhaps know this better than most people without children. This is a reality that reflective parents experience. To witness children grow puts parents in contact with the passage of time like no other human activity. Time appears to speed up the moment one becomes a parent. There are several good reasons for this.

One reason that sticks out is the reality of bringing another being into existence and what this means for responsible parents. The duty that comes with the creation of another human being makes parents particularly aware of the singular units of time that non-parents only experience in greater units—weeks, months and years.

Many parents become awed by the ontological mystery for the first time when they have children, for parenthood enables us to feel the mystery of being as participants in bringing about life. Human achievements make people happy, but none of these compare with the joy of bringing another person into the world. This realization borders on the mystical, and certainly, the sacred. When happiness comes to us by way of children, we can easily describe this state of being as blissful. Through their children, parents experience a form of lyricism in life that no other human experience can substitute.

Another reason why parents have a greater intuition of the passage of time is that parenthood makes us become more concerned for other people than we normally would. Diligent parents are usually less self-consumed than non-parents. Some of this is the result of practical considerations. Infants and children of any age need to be taken care of. Children require tremendous guidance in order to be brought up as well-rounded adults—emotionally and spiritually. Children require great energy from their parents. The fruits of this form of love are manifested throughout a lifetime. Even animals care for their offspring for a brief time after birth.

Parenthood is a fine example of the dictum that it is better to give than to receive. A parent’s greatest reward is the recognition of their role in the welfare of their children. For parents, this makes us joyful for the duration of our life.

Read More in New English Review:
How Fake News has Misrepresented the Yellow Vest Revolt in France
American History and American Identity
First as Tragedy, Then as Farce: How Marx Predicted the Fate of Marxism

However, perhaps a disclaimer is necessary at this point. We should be clear that parenting entails more than the physical act of bringing a child into the world, and the legal definition thereof. The exploitation of the latter in postmodern Western democracies has lowered the moral demands that parenting entails. Bringing children into the world through an act of love, and the desire to create a family, has proven to be a most humane and civilizing force in human history. Man’s unselfish love for his progeny is not a calculated, rational decision. Having children is not equivalent to the popular conception of altruism. Instead, it is the intuition of the mystery of being through an act of continual creation.

Biology alone is not enough to make parents embrace the essence of the ontological mystery. This is so much in evidence today that many people who bring children into the world as the result of irresponsible sexual union refer to their children as a mistake. This is one reason that the abortion industry is thriving. Incidentally, the same people who negate ontological mystery, and thus, downplay the act of love in the conception of children, often exhibit fanatical fervor in citing the alleged sustainability of planet Earth for future generations. This is one of the many paralyzing contradictions that have made our age one of incoherence brought about by radical ideology.

Conscientious parents-to-be experience the being of their children in anticipation. This suggests that some parents-to-be are aware of the sacredness of bringing other beings into existence.

Acts of love and sacrifice are nowhere found in the animal world, only instinct. In the animal kingdom, procreation is the result of biological necessity for the survival of the species. This is what Schopenhauer calls blind will. In a vast number of cases, when humans procreate out of lust or sexual desire, the result is blame and recrimination. In these cases, rather than feeling happiness, the act of lust actually drags down the parties involved into self-loathing.

Not surprisingly, some people’s incapacity to love an unwanted child that is of their own blood and substance is shocking. This is why abortionists go out of their way to establish what they allege is a defensible legal definition of abortion. Gabriel Marcel, in The Philosophy of Existentialism (1995, p 13), writes:

In such a world the ontological need, the need of being is exhausted in exact proportion to the breaking up of personality on the one hand and, on the other, to the triumph of the category of the “purely natural” and the consequent atrophy of the faculty of wonder.

In a time of sweeping dissolution of meaning and purpose, in addition to moral/spiritual values, many people scramble to fill the hours of the day “doing” and embracing kill-time activities. Lack of wonder about the passage of time, transcendence, God, and our own existence create the cynical impression in some people that human action only has momentary valuable—in the-here-and-now. This attitude has become ingrained in the psyche of postmodern Western man. We have become willing automatons in our incessant need to be entertained by superficial values. A quick glance at our social-spiritual milieu, and we realize that the aforementioned is not only true, but that it has become our dominant way of life.

What is so important about our unprecedented moral/spiritual and cultural stage of dissolution is that we have gotten used to living with decadence. Ortega y Gasset’s The Revolt of the Masses aptly explains this condition, as few thinkers have succeeding in doing. Judging by media accounts, many people in our time reap tremendous enjoyment from their moral/spiritual emptiness. This is sustained by jumping through hoops of rationalization. Aldous Huxley’s 1932 novel Brave New World no longer looks so brave or shocking to people who are handsomely rewarded for fabricating Avant Garde values; denizens of moral shock and awe who have lost the sensibility for meaning and purpose.

Children and the coherence of the family structure is a force responsible for a form of civil stability that is unmatched by any other human enterprise. Of course, this does not suggest that everyone should have children. Because bringing up children requires great sacrifice, it is not recommendable that selfish and self-centered people procreate. People who emphasize how much they need their private time should not bring children into the world.

Today we lack no shortage of examples of the horrific ways that people abuse children. Child abuse is not just physical, but includes moral/spiritual atrophy. Ours is a time when, perhaps like no other in history, the idea of a dysfunctional family has become a joking matter, albeit in a tragic fashion. This is another consequence of the incessant shock-the-moral-sensibility mentality of our age.

Human Reality and Resistance to Objectification

It is through intellectual calisthenics that some postmodern intellectuals can convince people that man is other than a differentiated cosmic being. Their zest to display man as a lowly animal points to an interesting pathology of its own. No other personal trait is more obvious to readers than unhappiness in a writer. I suppose that readers have the writers they deserve, or said differently, readers seek their writers. Jacques Barzun refers to this aberrant condition as “having the culture we deserve.”

Man encounters personal existence as the seat of reality proper. This is because reflective people are continually awed and refreshed by their sense of self. Yet man is not the measure of all things, for we always find ourselves in an objective realm that involves other people. We cannot make sense of our lives as taking place in a vacuum. This is certainly not how we experience human reality on a day-to-day basis.

Read More in New English Review:
The Sexual Exploitation of Young Sikhs in the UK
Posthumanism and Moral Myopia
Metaphysical Vacuum Cleaner
The Buzzwords and BS of American Foreign Policy

Beginning in early childhood, we awake to the strange fact that we are not anyone else but ourselves. I say strange, because this most basic of all realities is something that we must literally learn to live with for the duration of our lives. This realization carries with it an immense sense of freedom, even though some people consider this a burden. Our sense of self places us in a position to reflect on the numinous character of human experience. This is why we can say that human existence is existential/metaphysical in make-up.

We can protest our existential-condition-as-free-will as much as we like. However, we cannot evade our free will. This is our greatest blessing. As far we know, homo sapiens are the only beings who can reflect about our own existence.

Man is a being capable of self-reflection. Everything that we feel, our aspirations, and the things we think about relate to our differentiated self as persons. The latter enables man to confront free will as the seat of responsibility and choice-making. Our capacity for self-knowledge allows us to venture out spiritually, and recognize the ontological mystery. This is a profound component of love as well as happiness.

If man did not have the vaguest notion of objective reality, we would not be able to value free will. In other words, what goes on in the core of stars and planets in outer space remains objective regardless of our knowledge of it. Objective reality is independent of man’s knowledge. Of equal importance is the understanding that reality manifests itself—“takes place”—for self-reflecting beings who seek to know its secrets. This is the marriage that makes objective knowledge possible. This is also why it makes sense to ponder questions of infinite mystery, even when we conclude that we are not equipped to know it all. This understanding makes us humble.

However, we should not forget that man’s quest for self-knowledge is only a starting point in recognizing that others possess this same ability. This is a discovery that well-adjusted people make early in life. One of the most important features of self-reflection is that we recognize and accept our limitations as individuals. To respect our limitations as persons makes us have deference for objective reality.

When we sincerely respect our personal limitations, we become more adept at recognizing these in other people. This allows us an opportunity to be content as persons. Contented persons make the best parents. Contented persons do not turn their existential gripes into social-political activism. Lamentably, postmodern man’s capricious ill respect for objective reality is the result of disingenuous philosophies that propagate further philosophies of the lie.