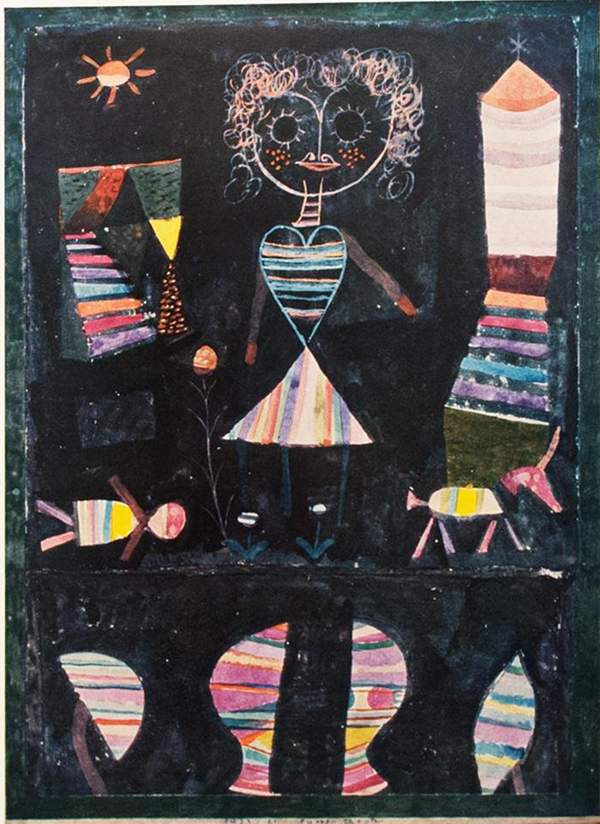 When I arrived at my house in France this past November, the bedroom was full of flies. They fell into three categories: the dead, the dying and the hyperactive.

Despite their admirable contrivances—that enable them to walk on the ceiling, for example, or evade the swatter by their uncanny advance knowledge of where and when it will strike—no one really loves flies. In the abstract, their metallic sheen, blue or green, which is the equal of that of tropical butterflies, should be beautiful, but somehow it only adds to their repulsiveness. And what, after all, is a fly good for? Blowflies help to dispose of decaying corpses, no doubt, but that hardly justifies the numbers of their relatives in the world.

I disposed of the flies in the bedroom by vacuum cleaner. It was satisfying work and I confess to a guilty pleasure in the chase. Although I was morally outraged by the presence of the flies, I could not help but think, as I wielded the vacuum cleaner’s extension, of Blake’s poem:

Or art not thou

And drink, and sing

Till some blind hand

Shall brush my wing.

And then the absurd thought came into my head that I could easily have been born a fly rather than a human, and that it was no thanks to me that I am a man rather than a fly. Will I not in due course be sucked up by the great vacuum cleaner that is the universe?

I noticed that the flies congregated almost entirely around one window that was west-facing. By contrast, an enormous quantity of ladybirds congregated around the south-facing window, and a swarm of about thirty thousand bees (so our bee-man estimated) constructed its hive between the shutters and the north-facing window. In other words, the three orders of insects—the diptera, coleoptera and hymenoptera—kept strictly apart, as if only socially at ease among their own type, like hard-line xenophobes.

What lesson as human beings are we to draw from this? None at all, of course, certainly not that it is wrong for human groups with discernibly different biological characteristics to consort together, or that humans should not keep cats or dogs: but if I were the great theorist of evolution, Robert Trivers, I might conclude something important from it. In his introduction to Richard Dawkins’ first and probably most important book, The Selfish Gene, Trivers wrote that (then) recent research into the behaviour of social bees and wasps established that sex roles were not fixed and immutable, so that certain human arrangements could not be justified by reference to biology. In other words, bees and wasps were proper models by which humans might adjudge their own behaviour. Indeed, they were proper objects of emulation.

The absurdity of this hardly needs emphasis. Trivers was not speaking metaphorically, as was the Bible in Proverbs (‘Go to the ant, thou sluggard, consider her ways and be wise’), or La Fontaine in The Cicada and the Ant, or Mandeville in his famous Fable of the Bees, but literally. Despite the brilliance of the author’s researches and the frequent cleverness of his theorising, his introduction to Dawkins’ book represents not intellectual progress but rather a retrogression, a terrible loss of mental sophistication. One might as well look to the cuckoo for advice as to how to raise children as to bees and wasps for guidance on how the human sexes should relate to one another. Some females spiders eat their mates: does this mean that wives should turn cannibal?

Trivers’ remarks in his introduction—no doubt written swiftly and without great care (as such tasks as the writing of introductions are often performed) —were an example of the attempt to find moral certainty by reference to facts alone. By this means we can also claim that it was the facts that made us do what we did: it was not our decision: we were, so to speak, only obeying orders, that is to say the orders dictated by the facts.

Evasion of moral responsibility is probably even more prevalent than tax-evasion. I encountered an example of it recently as I drove through France. It was during the time of the Gilets jaunes, the Yellow Vests, so called because they donned the fluorescent yellow vests that all motorists in France are compelled by law to carry with them in case of accident, especially at night. They were protesting against the increase in tax on fuel, which in more than a few cases would mean a real reduction in their standard of living.

They blocked the roads at many points in the country, causing hold-ups and in some places shortages of perishables, as trucks carrying them to supermarkets could not get through. Several times I saw the following words inscribed on placards:

Macron being, of course, the president whose government raised the tax on fuel to record levels.

The placard, however, was as dishonest as if the government had said that it had no choice but to increase the fuel tax. I hold no particular brief for M. Macron—I find him a rather unsympathetic figure, with all the charm of a hornet and all the sense of humour of a caliph—but that is a far cry from holding him responsible for blocking the roads.

While the Gilets jaunes enjoyed the sympathy of a large majority of the population, 70 per cent to 30, it was likely that many of those held up by them would not be in sympathy with them, and even some of those sympathetic to them may not gladly have tolerated the inconvenience of the delay. Here, then, was a self-exculpation in advance: if you are annoyed at being held up, it is not we who are responsible but Macron, the president. Here we stand, we can do no other.

This refusal of responsibility, which was designed to avoid unpleasant scenes, was not only hypocritical (if they had been attacked by an irate motorist in a hurry, say to visit his wife in hospital, they would hardly have accepted that it was they who was responsible for the attack because they had provoked him to it), but auto-dehumanising, in so far as it implied that they were the puppets of Macron and nothing but his puppets: in other words, that they were not truly human beings at all and had made no choice in acting as they did.

The attempt to evade responsibility is all too human. When my wife says to me that I am driving badly, I at once blame someone or something else. If I were to hit a tree, I should blame it for having been in the wrong place. A still small voice would tell me that I was wrong, but it would take me some time before I admitted it in so many words. The number of people who admit their errors or wrongdoing immediately, admirable as they may be, is surely rather small.

The main difference between people, then, is in the strength or complete absence of the still-small voice, and in the speed with which it gains ascendency. The latter can be suppressed altogether by ideas, which is what happens in atmospheres of totalitarian madness, in which abstractions seem to those who act cruelly to be more real than the suffering persons or persons whom they are abusing.

In the prison in which I worked, prisoners would often try to blackmail me into prescribing me something for them (usually a tranquillising drug of a type that was currency in prison, the equivalent of the gold standard) by saying that, unless I did so, they would kill someone: and then, they added, it would be on my conscience, I would not be able to sleep at night.

I replied that I would sleep perfectly soundly if they killed someone, and I never gave in to this blackmail. I always refused to prescribe the medication desired and I tried to look firmer as I did so than I actually felt, for I could never be entirely sure that the threat would not be carried out; however much I would have told myself that the victim’s death was not my fault, that it was entirely the fault of the perpetrator, I think I would have entertained a doubt to the end of my days as to whether I could and should have prevented it.

In essence, this kind of blackmail is what many Moslems, and increasingly other pressure groups who act as if they had taken a leaf out of their book, resort to. If you say or do x, we will do yGilet jaunes who blocked the roads, it was President Macron, who caused us to block the roads. If you predict a consequence of your act, albeit mediated through the conduct of others, you are morally responsible for the consequences.

Read More in New English Review:
American History and American Identity
How Fake News has Misrepresented the Yellow Vest Revolt in France
The Sexual Exploitation of Young Sikhs in the UK

I cannot say that I have never used this argument myself. I spent a number of months in Guatemala during its civil war in the 1980s in which tens of thousands of people were killed, mainly poor peasants. The civil war was deliberately started by ideological revolutionaries (not by peasants, however poor and badly treated they were), in full cognisance of the likely consequences for the very people on whose behalf they claimed to be fighting. The Guatemalan army had never been mistaken for the Salvation Army. Most of the killing, therefore, was done by the government forces, as it often or almost always is in a civil war; but I blamed the guerrillas as much as or more than I blamed the government (not that I absolved the soldiers either), largely because I was out of sympathy with their aims, which seemed to me totalitarian. The Cold War had not yet been won and communism had not yet lost its allure for bourgeois intellectuals. Therefore, I thought it better that the army should win than that the guerrillas should.

I am surely not entirely alone in having a morality of somewhat variable geometry, finding arguments to support the moral conclusions that I have already arrived at, usually by a kind of moral gestalt rather than by detailed analysis.

Wishing, then, to preserve my view that the Gilets jaunes were wrong to argue that it was President Macron who was ultimately responsible for the road blockades in France, but that I was right to argue that it was the Guatemalan guerrillas who were ultimately responsible (or the more responsible) for the killings during the civil war, I realise that I shall have to refine my thought. It is all confirmation of F. H. Bradley’s famous dictum that metaphysics is the finding of bad reasons for what we already believe on instinct. Of no metaphysics is this more true than the metaphysics of morals.

PrevSocialism, Creativity, and the Housing Crisis
First as Tragedy, Then as FarceNext