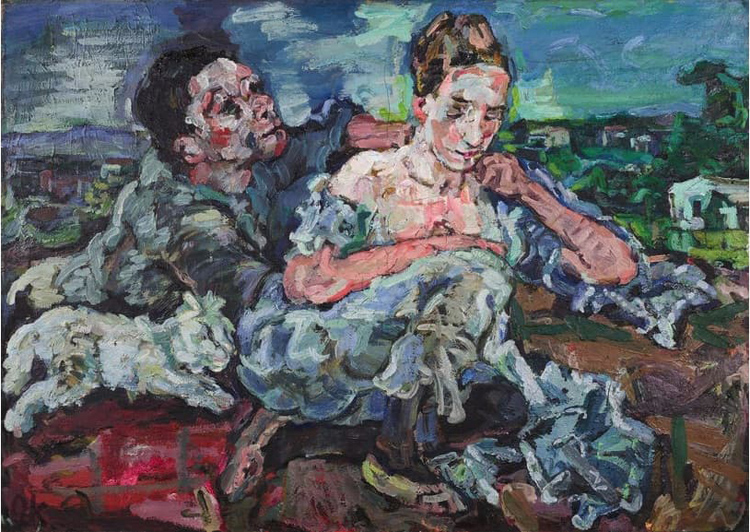 I am of an age such that I can remember when sex was not a cold war or, if at all “warlike,” only in the metaphorical sense that the classic sexual manual Kuma Sutra called it “flowery combat.” I remember when flirtation was an intramural sport initiated by either side. I’m not repulsive in appearance, have even been called handsome in a craggy sort of way. I like craggy, and was always pleased to be acknowledged even if the woman was herself craggy.

I don’t consider myself to be particularly flirtatious but, since I’m male, I suppose my opinion on the matter counts for little. Nor was my father; that’s also subject to reconsideration. Women adored him or, rather, women back then adored him. Today he might be a feminist’s nightmare, in spite of the fact that he was a courtly, while craggy, Southern gentleman. I never heard a cross or crass word said to my mother or any woman. But, you see, he called all women “Sugar”—which was not flirtation, but a recognition that women were to be treated with affection because they were . . . well, they were women. I’ve written somewhere that he took on the responsibility of making waitresses feel like a million dollars. In any case, he taught me by example how to treat the opposite sex. Not that I call them “Sugar.” I don’t live in his world, the past. But I often call a woman who is not my sweetheart “Sweetheart,” as I occasionally call my favorite waitress now that I’ve known her for several years. And often, when I see a woman friend I’ve not seen lately, I reach out for and give an embrace, a hug. But only if she is of an age: I read the paper and watch the news like anyone else.

Some men, I know, reach out for more than a hug, such as my late English friend, Alan, on Mallorca—who habitually reached out to touch rather inappropriately, sometimes, the fanny, usually too close to the breasts. No one seemed to mind greatly, although our Spanish hosts thought it odd. “Oh, Alan’s at it again,” even his wife would say. But once he got too close to the breasts of a beautiful English woman many years younger. She reached out and grabbed him you-know-where, backed up as if stunned, and said for all to hear, “My God, there’s nothing there!” I have never seen anyone more embarrassed than Alan. I admired the young beauty’s aplomb even as I felt sorry for Alan. I felt sorry for him because he really was, for all the bad manners, an innocent. I admired her because she did not just whine about being made to feel uncomfortable like so many American broads in the news.

One more relevant memory of my father: For a few years we had a next-door neighbor who, when he drank too much, which was not often, was abusive of his wife. On the rare times that abuse became battering, Alice (her name was) knew where to flee: to my father’s protection. Unfortunately, he was not always there. Several months each years he followed the tobacco market as auctioneer. Once when he had returned unannounced to the neighborhood, the neighbor became the batterer, and Alice fled next door. Her husband stood in our yard, hurling threatening words for her to come out. To his surprise, it was my father who came out, his arms across his chest. Very slowly he said, “Enough! You’d better back off, Myron, or I’ll let Sam loose on you.” Obedient son that I was, high-school football player, interior lineman, I approached Myron, who swung at me and missed while I flattened him. The next day, the damned fool charged me with assault and battery. When I appeared to answer the charges, accompanied by my father, the judge threw the case out of court. The night of the little drama was the end of an unfortunate marriage. I tell this story to indicate that I know full well what abuse of women is all about. I might add that I once wrote an essay on “Rape as Politics” (NER, July 2015).

When did things change? When did flirtation endanger the flirt? When did a proposition become an aggression? When did the latest cold war begin? Was it Anita Hill and Clarence Thomas?

Incidentally, where now are the likes of Bill O’Reilly, Charlie Rose, and Placido Domingo? Why should Andrew Cuomo volunteer to join them in a place approaching Oblivion? What did Cuomo do that we know of? Or rather, what did he do that those demanding he resign know of? Evidently, he embraced a woman at a wedding! Whoever heard of anyone embracing anyone at a wedding? Well I have: a wedding is after all a celebration of male and female union. Are we supposed to take this seriously as offensive behavior? Evidently he asked a woman in his administration personal questions about her sexuality and experience. No he should not delve thus. (I recall how disturbed I was when a woman once asked me if I’d ever made love to a black woman. So disturbed I could answer only, “I don’t recall.”) Evidently he proposed—or was understood to have proposed—a sexual affair. Men will do this and, as I know, women will do this. It seems his female aide said no, and he did not persist. But the damage was done: she, like his other “victims,” felt uncomfortable! If I could not bear discomfort about lots of different things—and things more consequential than misguided social arrangements—I’d have put a bullet in my head decades ago. Uncomfortable? Who are these people? It may be a stretch, the association that comes to my mind, but here it goes:

When liberals were so sure that George Zimmerman must have murdered Trayvon Martin for racial reasons rather than have fired in what he thought was self-defense, why were they so certain? Because, I thought and still think, they had lived such safe and cossetted lives that they could not imagine being in danger of losing their lives. I am a veteran of the military and, although I escaped combat by a matter of days I know well what the feeling of danger is. No, I don’t think being the object of a proposal for an affair is analogous to being threatened with death, but some people obviously think it is endangering. Unable to distinguish between action and metaphor, they think they have been “assaulted.” “Who are these people?” I should change to “Who are these women?” They are certainly not women I know—but I’ll get to that later.

And who are those Democrats demanding that Cuomo resign? Hillary Clinton is author of many sins, but I’m thinking now that the dumbest and most consequential was resigning her powerful seat as Senator from New York to become no-free-agent as Obama’s Secretary of State: that was dumb, but consequential? It opened up the senate seat now occupied by Kirsten Gillibrand, automatic rad-fem-lib fanatic. Her demands are no surprise. Nor are those of Alexandria Ocasio Cortez, Cuomo not being a left-wing Democrat, nor those of NYC Mayor Bill de Blasio, bad blood between him and governor old news. But I am shocked that Senator Chuck Schumer is not as cautious as a lady named Nancy Pelosi. Schumer never struck me as someone who’d quickly get on the politically correct (and feministically correct) side of an issue rather than pause with some circumspection. I could name dozens of others, but the point is obvious.

Women, traditionally called the weaker sex, have become culturally and politically so powerful that one can be in social or political danger if one publicly disagrees with whatever is accounted the “women’s position.” And, paradoxically, they become powerful by being or seeming to be weaker than they were traditionally thought to be! Name me one woman made “uncomfortable” who has the verve of the beautiful Brit who grabbed Alan’s gonads and insulted his manhood. I don’t suggest one do this physically—but how about some figurative approximation? Instead, she whines. And liberal men, to show they are not socially retarded, whimper sympathetically and demand resignations.

I assure the reader I’m not a retard, not akin to the old cop who thought all rape victims were women who changed their minds the next day. I’ve told this story before, but it’s a good story. In college, I frequented a gas station which was also a hangout for what was called “white trash.” I walked in one day as a red-haired giant was announcing to his cohorts, “There ain’t no such thing as rape. Y’ caint rape a woman what ain’t willin’ t’ be screwed!” “Bullshit,” I diplomatically uttered. “C’m’ere, boy,” the giant said. “Le’me see y’ stick y’r finger in this bottle.” He moved the bottle in circles, and indeed I couldn’t. Then I screamed as loud as I could in his face; he froze; I slipped a finger in. “That ain’t fair!” he protested, missing the point.

But we’re not talking about rape, are we? Rather: flirtation, hug or kiss on cheek, normal sexual desire inappropriately expressed, innuendo, un-accepted proposal—and with standards so dumbed down that any of this could be called sexual assault. My God!

I could tell you another story, but I won’t, out of respect for the privacy of someone else. “I knew a woman, lovely in her bones, / When small birds sighed, she would sigh back at them,” wrote Theodore Roethke. I hope that someday she will tell it, a tale which I assure you is relevant to this discussion. I’d like to think that her vile aggressor sensed that she was the sort that sighed at small birds, so to speak, someone too fine to suffer his violent intentions—but I don’t know, and have no way into such a one’s mind. What I know for sure is that through her extraordinary intelligence, psychological grasp of her captor, and the guts of a soldier (these are my judgments, not her claims), she, while thoroughly isolated and absolutely terrified, survived a lengthy harrowing threat to her person and to her life. I suffer the memory of what she told me, cannot escape the agony. And I know this as well: my beloved was not made to feel “uncomfortable.”