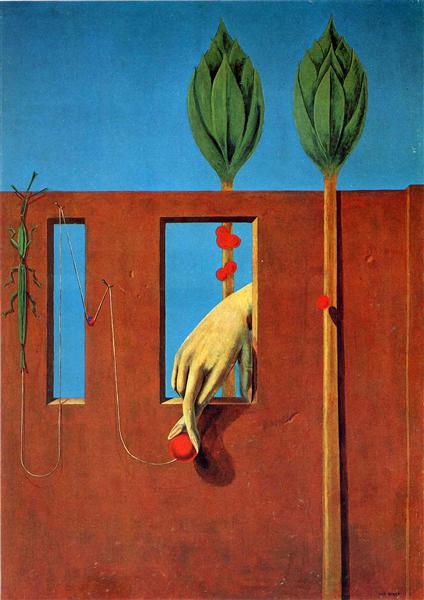 In a world of continua, there are slippery slopes everywhere, and not all of them by any means are slid down. In fact, it is no easy matter to distinguish those that will be slid down from those that won’t, and perhaps people who turn out to have been right in their prognostications have been lucky rather than insightful. After all, if you predict enough things, some of them will come true. I have often wondered whether successful investors are clever or are merely at one end of a normal distribution, both success and failure being purely fortuitous.

What one might call slippery-slope-ism depends upon the propensity to see analogy everywhere, but analogies are never exact, otherwise they would be repetitions rather than analogies. Whether a complex situation that has some similarities to some other complex situation in the past will go on to develop other similarities to it can never be certain. If situation a resembles situation b in respect of characteristic c, it is not necessarily fated to go on to resemble it in respect of characteristic d. On the other hand, to disregard analogies altogether would be foolish, but they are suggestive and sometimes minatory rather than predictive and probative.

That is one of the reasons that I bought a book recently titled La Langue confisquée (Language Confiscated) by Frédéric Joly, about Victor Klemperer, the German Jewish philologist who kept a diary from the beginning of the Third Reich to its very end, both him and his diary miraculously surviving not only constant interpellation by the Gestapo but the destruction of the city by firebombs.

Of course, usage always changes and language is never static, but there are changes in language of two fundamental kinds, those that are spontaneous and those that are deliberate or programmatic. The latter are sometimes (not always) sinister, while the latter are usually (not always) innocent. Spontaneous change can result in loss as well as gain, for example by the increasing use of the word disinterested for uninterested. This is a loss because it is not easy to find a synonym to replace disinterested in its old, and in my view correct, meaning. No doubt the very idea of correctness in meaning will offend some, the way that a word is in fact used being the only criterion of its meaning.

Deliberate or programmatic changes are quite another thing, however. Their purpose is first to make a certain way of looking at the world, which would previously have been contentious or even repellent, normal, and then to make any other way of looking at the world impossible. Words and their meanings insinuate themselves into minds, and we all have a tendency to believe that whatever has a name must also have an existence. Repetition reinforces belief; in fact, Napoleon once said that repetition was the only rhetorical device that worked. A repetition of abstractions will eventually make those abstractions seem more real to the mind than any concrete example of those abstractions.

The temptation of those in power to misuse language is a very old one. In the Analects, written two and a half millennia ago, Confucius says that the first thing he would do to rectify the state was to enforce the use of the correct terms. Admittedly, the authenticity of the ascription of this sentiment to Confucius has been challenged, but that is irrelevant for my purposes here: it is undoubtedly very old, and implies the deliberate misuse of words.

It would be comforting to suppose that the Nazi-style twisting of language began with the Nazi advent to power, but Klemperer, after long and deep study of the question, came to the conclusion that it started well before, during the Weimar Republic and even in Wilhelmine Germany before the First World War. For example, the charming expression ‘life unworthy of life’—Lebensunwerten Lebens—was coined in 1920 by a jurist and a psychiatrist. Hell wasn’t built in a day.

At the end of the war, Klemperer stayed on in Germany, in his home city of Dresden, which was then in the Soviet zone of occupation and what later became the German Democratic Republic (a perfect example of a political misnomer in itself). He was far too old to start a new life elsewhere; besides, he was restored to the university chair from which he had been removed by the Nazis, and he was allowed to publish his book on the language of the Third Reich, LTI—Lingua Tertii Imperii (The Language of the Third Reich). He was fully aware that the Communists misused language in very much the same way as the Nazis, and though he was a member of the Party, and even a member of its fake parliament, he recognised both the symptoms and the underlying disease. The technocratic euphemisms, the Manichaean dichotomies, the gross exaggerations, the bad faith in every statement, the endless repetitions of evident lies, the denial of the right of reply, the insistence on outward agreement, the division of the world into false categories, all were very similar.

The fact that hell was not built in a day, and that language was an important auxiliary in its construction, naturally enough makes us think of our own linguistic situation, Frédéric Joly’s book ends with reflections on the contemporary scene, but it is a strangely incomplete one.

He is quite right about the language that managers of both public and private corporations now routinely use. Their language serves two purposes: first, it disguises the unpleasantness of what they do, and second it sets them apart as a caste, since no one but they has either mastered or would use this language, whose terms change frequently, the better to identify the inner core of those in the know, to sort the upper level goats from the middle and lower level sheep.

When, for example, a senior hospital manager announces the closure of a department in his hospital, usually for financial reasons, he will always claim to have been a passionate supporter to whatever it was that the department was supposed to do. Klemperer noted that in the word fanatical in Nazi Germany came to have a positive connotation, whereas before it had been negative; its new meaning was that the fanatic was prepared to give his all, his entire life, that of his family, for the supposedly transcendent cause, without hesitation or distraction by other considerations. Passionate bureaucrats are not as bad as fanatical followers of the Fuhrer, of course, but in their own small way they are ruthless and untruthful, and there is not much they would not do to further their ascension. I once asked a hospital manager, a fluent speaker of managerialese, that Lingua Tertii Imperii of all large organisations these days, what order from on high he would refuse to obey, and he found the question about as puzzling as if I had asked him why there is something rather than nothing.

No closure of a department to which people have devoted their entire working life, no halving of any staff, is complete without the assertion that this is not so much an end as a beginning, an opportunity to seize or embrace new opportunities. The fact that people aged fifty or more usually don’t find new work is not allowed to obtrude on the general uplift of the occasion. Even funerals these days often seem to partake of a managerial insistence that no downside (to use a managerial term) be permitted to intrude into the mind of the assembled company.

So far, so good—or bad. Frédéric Joly’s book ascribes the managerial distortion of language to what he calls neo-liberalism, again itself a misuse of language since, for good or ill, there is nothing in the least laissez-faire about our modern economic dispensation, which is manifestly corporatist rather than liberal. Yet the term neo-liberal has entered everyday vocabulary, at least of those who give any thought to such matters, as if it were indisputably accurate. The object of those who introduced it, I suspect, was to bring any kind of unregulated economic activity into disrepute. I do not think I have ever heard anyone talk of the advantages of neo-liberalism, let alone extol it: it is a term of abuse rather than descriptive of a phenomenon.

Rather surprisingly in a discussion of the deliberate misuse of language in the contemporary world—the subtitle of the book is ‘Reading Victor Klemperer today’—is the absence of any mention of political correctness, which is, par excellence, an attempt to reform minds and souls through the imposition of a contrived vocabulary and way of speaking, for example by the appending of  phobia to the name of anything in need of protection from supposedly bigoted criticism.

The term Islamophobia has been coined to protect Islam from any and all criticism. It is true that such criticism can be crude, without nuance and an excuse for insulting, hating, or persecuting individuals or great masses of people. It is true also that Islam as practised by a fifth of humanity contains many strands within itself, including quietist, and that Moslems as people must be distinguished from Islam as a religion.

Nevertheless, no one who has not been brainwashed from birth could possibly read the Koran or many of the Hadith without severe criticisms arising in his mind. Nor could he read them without seeing a possible connection between what they contain and the acts of violence in their name of those who take them as holy writ and as inspiration for their own behaviour. The fact that other doctrines in history have been used to justify violence and cruelty (and how!) should not in the least be used as a pretext for protecting Islam from criticism. Tu quoque is not a defence against wrongdoing.

The fixing of derogatory labels to those who do not accept current, and recently promulgated, orthodoxies, is a method of short-circuiting discussion and making them unassailable. For example, someone who questions the wisdom or rightness of homosexual marriage is at once counted among those bigoted persons who would neither socialise with nor employ a homosexual. But it is obvious that the conflation is employed only to make such questioning socially impossible, and to turn the person who persists in it into a social pariah, thereby serving as a warning to others.

We ought not exaggerate, of course. Being at the top of a slippery slope is not the same as being at the bottom of it. A storm of indignation on social media, unpleasant as it may be for those who bother with them, is not the same as a visit from the Gestapo or being hauled off to the Lubyanka. Nevertheless, most of us now feel the necessity to censor ourselves, not in the way that we should always censor ourselves in order to avoid giving pointless offence to others or because the first thing that comes into our head should often not be given voice, but because we are afraid of the indignation of the mob—the mob of self-righteous guardians of whatever is the latest moral enthusiasm of power-hungry intellectuals. A single word can destroy the reputation of a lifetime. Since few of us have little taste for martyrdom, prefer a quiet life to one of constant agitation, and are not monomaniacs determined to fight the latest ideological idiocy to the death, we become ever more inclined to withdraw into our private realms from which we can, at least for the moment, shut out the noise of the censorious mob.