The Allure of Politics 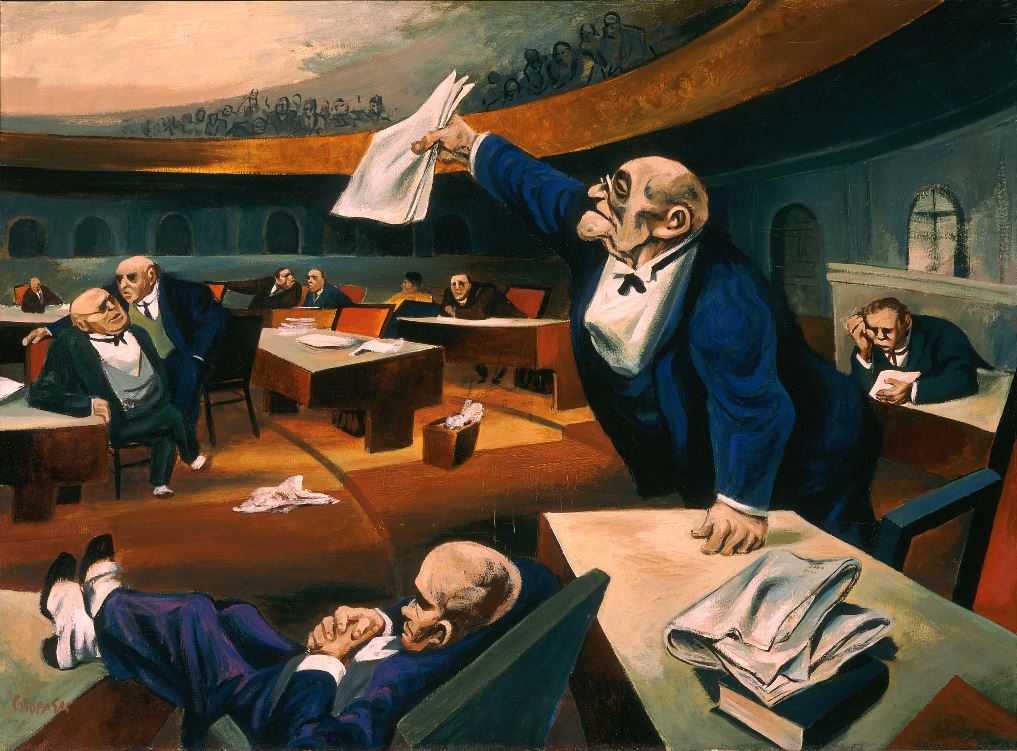 Have you ever wondered why people enter the murky world of politics? A seemingly thankless profession with long hours and little privacy. A job where many people both verbally and on social media abuse you; you’re surrounded by frauds and sociopaths, and your career is bound to end in failure. What is the attraction of choosing what appears to be such an unappealing profession? French writer Albert Camus said that those who have greatness within them do not go in for politics.

And Theodore Dalrymple wrote: “‘A policeman’s lot is not a happy one,’ sings the police sergeant in The Pirates of Penzance

A good example of an ostensibly nondescript, plain-looking politician who, in his early career, garnered much attention, especially around women, is Henry Kissinger. He also once said, “Power is the ultimate aphrodisiac,” as well as, “The nice thing about being a celebrity is that if you bore people, they think it’s their fault.” So, there you have two possible motives: status and egoism, while taking advantage of people’s vanity and ignorance.

The American radio talk-show host, Charles Moscowitz, had a brush with politics when he ran for congress against Barney Frank in 2004. He described the experience as “one heck of a roller-coaster ride.”

He said that having been on the inside of politics, there is something very intoxicating about it. It was “like a drug . . . You get this instant gratification; reporters calling you, interviewing you; your name is in the papers every day; you have people stopping and wanting to shake your hand and then recognising you on the street; and it’s like, you really can get a very inflated view of yourself very quickly and it’s very alluring, very powerful.”

Moscowitz added that he understands how people in politics or those running for election are caught in a kind of ego trip they can’t ignore, even at local levels. With Brexit looming, there are all kinds of egos fighting their corner at Westminster and beyond.

There are also many stories about British PM Boris Johnson and his political-like ‘holding a room’ or being surrounded by adoring admirers, especially of the opposite sex. And let’s face it, like Kissinger who used to be an unlikely sex symbol during the Nixon administration, he’s no James Dean, despite allegedly being entertaining company. And the same goes for any half-decent-looking politician.

Some years ago, I was invited by a prominent politician, who I know casually and occasionally corresponded with, to have lunch with him in Parliament. He wanted to discuss a paper for me to write for his department. He had his own people writing scripts but he wanted an outsider who shared some of his ideological views to contribute as well. On mainstream and social media, this man is hated by many and treated like a pariah because of his beliefs and he’s wrongly perceived as being self-righteous.

However, when we met at the main doors of government buildings, I followed him through the corridors, while chatting till we arrived at the canteen. Despite him being a physically average-looking man and unpopular with metropolis leftists, I felt like I was walking with an A-list celebrity.

What struck me was the awe and reverence he was greeted with as he walked by parliament staff and fellow politicians, particularly females. On entering the canteen, some young pretty female staff ogled at him, while others he briefly spoke to smiled at him constantly while he talked. In fairness, he is a decent man and can be quite charming.

Anyhow, soon after that incident, a similar thing like the above situation was told to me while holidaying in Croatia. I met a man who was also on vacation and he told me that a certain former politician from where I came from was at a function that he attended prior to his holiday.

He said the man nearly had to fight back some glamourous women, as they surrounded him for attention and flirted with him, while the menfolk beside the politician looked up to him with what seemed like great respect. This surprised me, as the ex-politician in question is quite unpopular with the public. He is also boring and mildly condescending, particularly on TV and radio. In his new career in commerce, he still holds lots of political power. I would describe him as the stereotypical snake-oil salesman straight out of central casting.

But perhaps his status induced respect and some kind of sex appeal in private company, especially around a certain type of person, who cunningly seek social gain by ‘rubbing shoulders’ with ‘one’s betters’ on the gravy-train networking ladder.

Despite being superficial, I only mention the aesthetic aspect of both situations because of its significance to status-and-looks versus substance. A good example of this occurred on September 26, 1960, during the first televised presidential debate in American history (between Nixon and Kennedy).

The talk was also heard on radio but the optics of the TV version won the debate for the ostensibly healthy-looking (which he wasn’t), handsome Kennedy, while Nixon looked tired and unwell. However, on radio the result seemed to be a draw.

There’s also another possible motive as to why some people enter politics: Influence/financial gain. Some 30 years ago, I chatted with a professor of politics from the UK. He told me before entering university as a lecturer, he used to work for an oil company and had lobbied many politicians in Parliament. He said even for his then company to get a brief mention in the House of Commons was a great achievement, to which the politician was paid handsomely.

Today, we have reached a point where politicians are generally not respected by the electorate, despite being popular in parliament or at private get-togethers. One also suspects the majority of them are proxy activists who live in the deep pockets of wealthy leftist men.

It also seems, as a ballpark figure, like 90% of them are controlled pawns who are Godless and pragmatically lean to the left for power, financial gain or because they’re blackmailable. But don’t despair: spare a thought for the decent 10% of politicians. Like everything in life, we live in a fallen world where there is good and bad in every profession. Unfortunately, the bad seem to have the upper hand. And, hey, if there’s nothing beyond the grave, who cares? But I believe there is final judgment.