Where Have You Gone, Jimmy Baldwin? 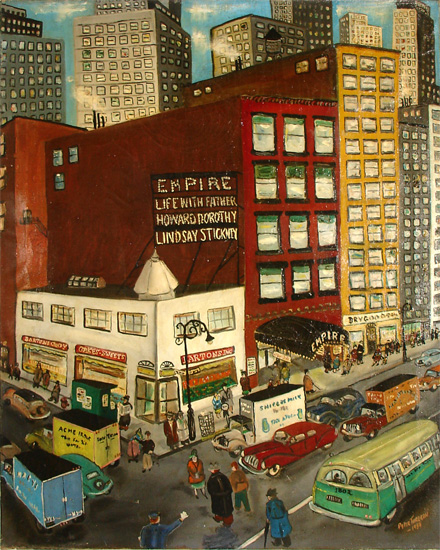 Twenty-five years ago, perhaps, my spouse and I attended a Broadway production of Eugene O’Neill’s Strange Interlude. At intermission I noticed James Baldwin standing alone in a corner with a drink. I walked over, introduced myself merely as a fan, and thanked him for his writings from Notes of a Native Son on, telling him how much they had meant to me. He beamed, thanked me for my thanks, but before a conversation could get very far, others noticed him, he was barraged with adulation, and I was not displeased by the interruption, rather was pleased at the pleasure he so clearly displayed.

Baldwin could be enraged at obvious racism and white mistreatment of blacks, but he always knew that his literary success depended upon the dominant population and appreciated decent treatment from same: not only my minor contribution in a theatre lobby, but, for instance, earlier in his career being for several months house guest with writing accommodations of my Connecticut neighbor (a good old Virginia boy educated in North Carolina) William Styron. Nonetheless he could be ferocious; I remember him in debate on television and in public, and once—I think it was at Wesleyan University—I almost began to feel sorry for his disputant, a segregationist apologist from Virginia who stood no chance at all, not simply because his position was untenable, but both because Baldwin’s was just and Baldwin was out for murder.

Oh that Baldwin were alive today. I think he’d be shocked by and ashamed of some of his co-ethnics, so to speak. He selected his opponents seriously, preferring to go up against the heavies. He’d not be squealing how demeaning it is to see a pleasant-looking black woman’s face on a pancake box or complaining that the avuncular image of Uncle Ben of rice fame is the product of racism. I’m sure he’d be embarrassed by the prissified sissification of so much black protest.

And I am certain that he—whose fiction and books of essays and social analysis were published because they were works of talent—would be offended by the notion that the race of the writer is as important as what he or she wrote: he would judge that not justice but insult. In other words, I think Jimmy Baldwin—even while pleased to see more black writers on the scene—would be insulted by the institutionalization of a kind of literary “affirmative action”—which is what we sure as hell have now. If one does not know that, one is not aware of current intellectual-cultural trends in the liberal professions.

Item: You can find on line the position paper “We See You, White American Theatre”—roughly 50 pages of demands from theatrical people of color. Startling demands, most of which I am embarrassed to quote, they are so outrageous. Quick instances (and then you, reader, can go suffer it yourself): black actors, if rehearsals are too long, must be paid overtime; theatre directors with long tenure, who may be thereby standing in the way of black replacements, should resign—which one prominent director (I’m embarrassed to provide his name) has obediently done, good liberal that he must be!

Item: According to a New York Times review and story in June 2021, a play by a black playwright staged at The Brooklyn Academy of Music (“BAM”) concluded with instructions that the last few minutes of drama were not to be witnessed by white (paying) members of audience, who were told to retreat to the lobby instead. Which evidently they did, although the liberal Times was not too clear on this strange event. (Strange for how long?)

Item: The Glimmerglass Theatre Festival in Cooperstown, New York, which stages operas, effectively discouraged non-colored authors from submitting work for the 2021 Summer season because it was reserved only for black opera. If you ever visit Cooperstown, which I as a baseball fan have done, there’s a chance—not a good one—but a slight chance you might see a dark-skinned person strolling about.

Item: A well-published and distinguished poet and playwright of my acquaintance, knowing that the Williamstown (MA) Theatre attached to Williams College (which might be called “Political Correctness U”) was planning the production, Summer 2021, of short plays, made a submission. No answer (no manners!). All nine (9) short plays are by black playwrights.

Interim Item: The New York Times has long had a reputation for employing distinguished drama critics. When I came to New York years ago the king was Walter Kerr. A bit later it was my old friend and colleague the late Stanley Kauffmann. Sadly, Stanley did not last very long at the Times, as his reviews were judged to be too culturally allusive and critically demanding; so he moved on to a long career at The New Republic. Now the major drama critic at the Times is Maya Phillips. Oh my God!

I wonder if Miss Phillips got such a distinguished job because of her poetry. Here’s one, called “Circe”: “I magic myself a man la-da! and it’s done the deed the / dirty the down-there down-home hello hoe is me a bit too / witchy bitchy pussy. . . .” Enough, the reader can look it up if interested. Did she get the job because of her exquisite sense of drama? None is on display. She approves or disapproves strictly for racial reasons. Baldwin would be ashamed. She was the reviewer of the play at BAM when whites were told to vacate their seats—of which she approved.

Item: Accompanied by her mother, Maya Phillips reviewed the black short plays at Williamstown for the Times issue of July 27. Three things are clear in the article as “Critic’s Notebook.” (1) She liked the production and even the “delightful” appearance of a black woman on stage at a rehearsal. (2) She disliked being caught in the rain: the weather has been bad at Williamstown. (3) With the exception of the black actors, she saw no blacks in town or in audience other than her mother and herself.

Is Maya Phillips, disturbed by the possibility that African Americans may be by and large not terribly interested in black theatre or in theatre itself? (I recall that James Baldwin was the single non-white in the audience of Strange Interlude those many years ago.) No. She lectures: How irresponsible it is of the Williamstown Theatre not to have seen to it that a black audience was there! Given the “We See You, White American Theatre” I mentioned earlier, perhaps another demand is in order: theatres must drag in the desired audience.

Will this insanity never cease? Will Affirmative Action corrupt culture and the arts as it already corrodes any chance of peaceful inter-racial relations in our time?