Wilted Laurels (or, A Sad Ballade to our Poets Inglorious) 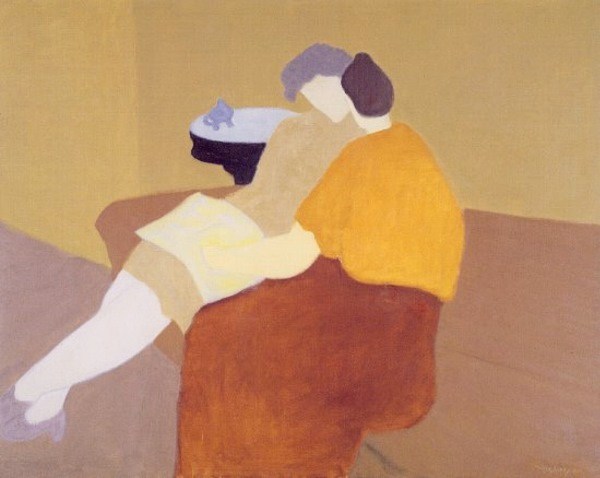 A Sprig of Bays in Fifty Years.

Apart from yesterday’s newspaper, there are two things that seem to age overnight: a learned footnote and a bad poem. We need not worry about the former since none have been inserted here. But of the latter it may even be said that a bad poem is born old and dies young, sapless and etiolated. This may explain why most Canadian poetry, for all the supposed pioneering innovativeness and romping freshness it likes to pride itself on, once it enters the world almost immediately takes up a position somewhere between bathos and superannuation, a poetry fit chiefly to be probated. Now miracles are always possible and perhaps one day Canadian poetry, rising shakily to its feet, will move at last into an interbarbate period between being born young and ripening gracefully into memory. But more likely, if it does manage to survive, this will be owing to the various life support systems we have attached to an ailing discipline: grants, prizes and now parliamentary largesse. The Laureateship is thus merely another piece of medical equipment intended to keep the moribund approximately alive.

The self-serving and pharisaic nature of this venture, now unhappily realized, is clearly demonstrated in an article that another of our myriad award winners, westcoaster Pat Lane, contributed to the Globe and Mail, in which he touted the need to establish a Poet Laureateship for Canada. “Poetry matters,” he piously begins (Auden’s “Poetry makes nothing happen,” though equally debatable, has at least the virtue of audacity) and continues with little short of Rotarian boosterism by avowing how “profoundly important” poetry is to people “in their struggle for freedom,” just as it is “in our own country, this Canada of ours.” Thus the Laureateship has been magically elevated to the status of a bastion and condition of our precarious liberty! It does not occur to this laureateer that the Laureate’s salary could provide for another soldier who perhaps really does protect our liberty. Not does it appear to register on him that Canada is not a country in which, to quote Czeslaw Milosz, “rage will kindle at a poet’s word,” or that such poets’ words are in short supply.

I need not comment on the sanctimony of Lane’s observations concerning the desirability of such deeply unearned sinecures; Lynn Crosbie in her facing rebuttal does the job most effectively, pointing out that great or very good poets seldom receive (or accept) such posts for the simple reason that they are “peerless, unusual and dangerous,” tending to be uncompromising in their convictions. After all, the truly fine poets “are uncomfortable with the idea of service,” whereas the members of guild and league have rarely been deterred from furthering their own interests at the obviously affordable price of their integrity as witnesses and their commitment to standards of aesthetic taste, critical judgment and public comportment. No wonder Tony Harrison in “Laureate’s Block” happily demolishes “toadies like Di-deifying Motion” and exults in his unlaureated freedom

…to write what I think should be written,

…to scatter scorn on Number 10

…to blast and bollock Blairite Britain

Lane ignores the fact that Canada is neither Russia nor Chile nor Ireland nor Greece nor Spain where national struggle was epochal and vastly traumatic and where poetry at one time actually counted in periods of social upheaval and reformation, where it actually did matter. Moreover, a good deal of that poetry was adequate to the task, was indeed part of the task, work that was robust, genuine, well-made, profoundly involved in events of national significance, and that strove consciously for excellence. Whereas, the Canadian attitude to excellence is aptly summed up in a newspaper leader about Canada’s World Cup ski team: “Brydon upbeat despite 17th-place finish as optimism abounds on Canadian team”—although Canada’s skiers are far more proficient at their job than Canada’s poets. True, poetry, unlike skiing, is clearly not important as such. But good poetry is. Regrettably, this is hardly the case in Canada whose poetry Crosbie flatly dismisses as in the main “horrible,” consisting “primarily of nuanced references to woodchippers, and surprisingly vulgar accounts of childbirth.” An exaggeration, surely, yet close enough to the truth to jeopardize her future reading itinerary. And close enough to the truth to compel us to ask, uncomfortably, in the troubled light of Lane’s jingoistic rhetoric: where is our Mandelstam, Neruda, Yeats, Seferis, or Lorca? Obviously, I too believe that Canadian poetry clings to the down side of under and needs to be medivac’ed to Parnassus pronto if it is to have any chance of recovery. Although in my darker moments I suspect that as an institution it may be inoperable.

In any event, what the advocates of the Laureateship are really talking about is not excellence and vigour but privilege and preferment, the literary form of insider trading. Lane gives the show away when he asserts that the Poet Laureate should be appointed “by a jury of his or her peers,” which means only that practical sway would continue to reside in the hands of an entrenched and cosseted band of cronies that is implicitly mandated to reward its own. The spectacle of an army of periphery poets intoning and gesticulating from the center of things would be like an invasion of the living dead not even Buffy the Vampire Slayer could repulse. We should bear in mind that these poets—with only a handful of stellar exceptions—have been brought together by a parasitic impulse into various associations at first irregular and impermanent but gradually hardening into professional cartels, corporations really, which control and allocate whatever resources they have at their disposal. Such resources, it need scarcely be said, are fiduciary and quasi-political, not intellectual or creative.

Such being the case, our proto-Laureates might be well advised to submit to the annual Famous Poets Society contests where they would at least win the Prometheus Muse of Fire Trophy and a red T-shirt, each and every one of them, if they failed to nab the cash awards. The public model for poetic enterprise now put in place can only deplete it of its remaining energies and drain its diminishing integrity. As Yeats wrote in “A Model for the Laureate,” “The Muse is mute when public men/Applaud a modern throne,” and concluded by wondering, “For things like these what decent man/Would keep his lover waiting?” Or his Muse, for that matter.

All told, one should not expect to find much of compelling interest in the poems our poets customarily offer to their limited audience. The writing has become routine, which is only the stale precipitate of ritual. And while poetry is nothing if not unflaggingly ritualistic, the Laureateship is merely a machine for the production of routine performance, which means that even at its most innocuous it can only confirm what already exists. But what already exists is highly problematic, namely poems that read mainly like literary coupons advertising approved sentiment made to be clipped out and handed in for some sort of bonus: local cachet, a prize here and there, an academic appointment, the right to lounge about in the Prytaneum in recognition of some spurious achievement or other. Where are the poets that Henri Coulette writes about in “On the Grooming of Griffins,” those who:

This work is a work of love.

What is love but hard work?

The name of the game for many of the major players on the poetry scene in this country is neither work nor love nor distinction but mutual bestowal of remuneration and place warranted by the exchange of purposeless arcana. In so doing, they end up trapped in what Game Theory, with reference to a variation of the Prisoner’s Dilemma, calls a “Dominant Strategy Equilibrium”: by mutually confessing to their practice, that is, by signing their poems, everybody goes to prison for an extended sentence—in this case the prison of unbroken, lacklustre performance. But perhaps we should not complain since a little local notoriety may keep our poets from doing more serious harm, “siphoning off,” as Mark Steyn says in another (political) context, “the narcissistic and dysfunctional into an area where they can do the least societal damage.” Nevertheless, they continue to proliferate exempt from all Malthusian constraints and there seems to be no way under Heaven to rogue them out.

The Laureateship, then, has almost nothing to do with poetry—with hauling Nemesis about—and everything to do with prestige and emolument, which, according to Frederic Raphael writing in The Spectator, are the principal objects of “the award-winning, crowd-pleasing vulgarity” of today’s literati. Our homegrown practitioners of the trade plainly have no intention of ceding to their congeners in other countries. Profiting from the slush and perks that flow from the sluices of a false administrative conscience centered in the nation’s capital (and spreading mainly to Toronto and Victoria, the Mecca and Medina of Canlit), our poets will now be able to hold their heads up high, flourishing their expense accounts like really successful business people, ruddy and nundinal. For many, the sense of relief will no doubt be palpable. In affecting to be Laureates, they need no longer pretend to be poets. Survival will deputize for glory. As for reader-response, it remains a moot question whether sympathy might not be a more appropriate reaction than indignation.

Perhaps the last word should be given to Kostas Kariotakis, a representative of the Generation of the Damned in the Greek 1920s, who wrote of the anomie, futility and debilitation he saw all around him and especially in the poetry of his contemporaries. Sadly, the situation is not all that different in our own time and place. In his Ballade to the Inglorious Poets of the Ages, a poem which is still circulating today, Kariotakis commiserated with those poets who

surrendered to the tragic beguilement

that somewhere Glory lies in wait for them,

a virgin jubilant with sagacity.

But knowing how soon they’ll be forgotten,

I weep for them now most nostalgically

in this sad ballade to the poets inglorious.

David Solway is a Canadian poet and essayist. His most recent volume of poetry, The Herb Garden, appeared in spring 2018 with Guernica Editions. A partly autobiographical prose manifesto, Reflections on Music, Poetry & Politics, was released by Shomron Press in spring 2016. A CD of his original songs, Blood Guitar and Other Tales, appeared in 2016. Solway’s current projects include the recent completion of a second CD, Partial to Cain (with his pianist wife Janice Fiamengo), and writing for major American political sites such as PJ Media, American Thinker and WorldNetDaily.