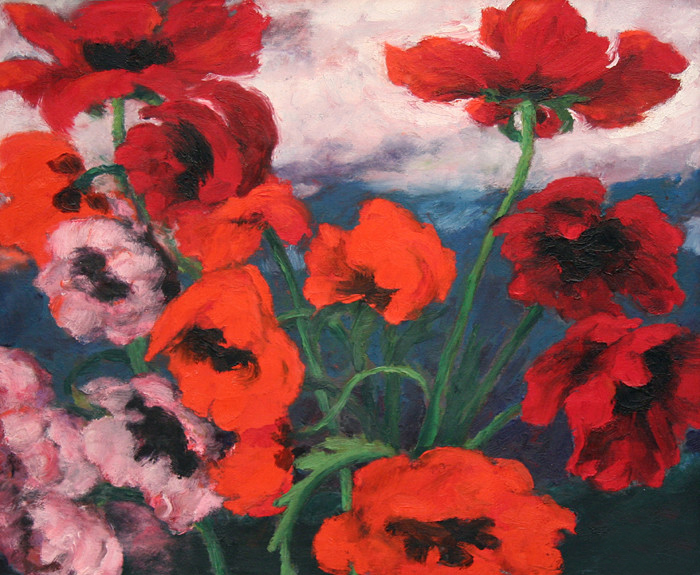 ‘Flower petals are fine indeed,
But finer are the fingers of death;
From fear of fate are we freed
And the flowers fall in our breath.

‘Away, we’ve gone to Apollo’s bay
And the music is a flower-fire;
Away, we’ve seen the petals stray
And all that’s left is Apollo’s ire.’

Red are the Flowers

Red are the flowers that crown
The heads of the dying and dead,
That root in the grave, bloom in bed.

Regard a shawl, a glove, a gown.
Times passes, their colors are bled;
Red are the flowers that crown
The heads of the dying and dead.

The orchestra offers a tune,
But the hero won’t hear nor stay;
He must go to his fate at noon.

His flesh is of a flaking clay
And his blood was blessed by the moon,
And though the swooning spinsters pray,
The clock strikes soon.

Alone on a violet stone
Sat a statue of an eagle at rest:
In the dawn its underwings shone
And gold anointed its crest.

A day the sun beat down on the bird
And yet it would not wake:
It beat and beat but not a wing stirred
And dejected it fell to the lake.

At last the living moon arose
And its light came and went.
The eagle flapped its wings in throes
And slipping, began its descent.