Defending the Indefensible: Why Holocaust Denial Should be Legal 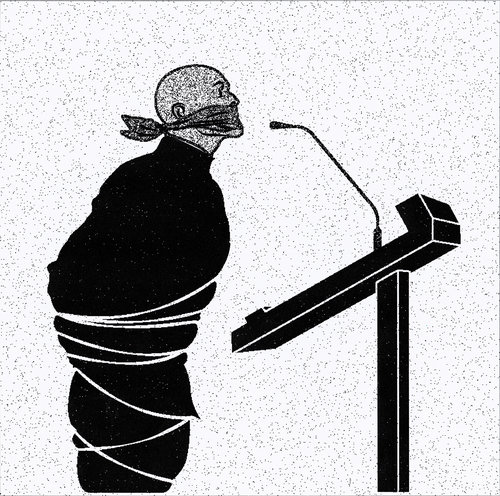 In June this year, online video-sharing platform YouTube backflipped on existing company policy and moved to ban a whole host of what it deems to be ‘hateful’ content. Alongside a decision to censor videos that allege one identity group is superior to another, came the announcement that it would remove all material that denies well-documented atrocities such as the Holocaust and 9/11. Such a development is hardly surprising, as we see the tech giants come under increasing pressure, from both lawmakers and the public, to erase content that can be construed as in any way ‘offensive’. However, it is interesting to consider, in the particular case of Holocaust denial, the international legal context in which such expression is, in many instances, already actively policed. Indeed, although the Holocaust is one of the best-documented genocides in human history, many continental European nations have felt the need to enact, and utilise, laws specifically criminalising its denial. Many more nations, such as Australia, although they lack an explicit legal ruling outlawing the belief, also prosecute cases of Holocaust denial under legislation regarding ‘offending speech’.

Therefore, before complaining about the actions of a private company such as YouTube, it is important to consider the more significant state censoring of opinion that is Holocaust denial legislation. And, after weighing up the arguments for and against criminalising the belief, it is clear that denial should not be an illegal act, as it is not in America owing to First Amendment protections. Indeed, laws prohibiting Holocaust denial: are a counterproductive encroachment upon freedom of speech, reduce the opportunity for deniers to be refuted, send a problematic message to the public, and are inherently flawed and hypocritical.

First and foremost, because Holocaust denial laws are, by their very nature, a state-enforced restriction on what ideas a person can express within the context of public debate, they undoubtedly constitute an encroachment upon free speech. This is problematic and unacceptable, because free speech is a fundamental precondition of democracy. It is key to the functioning of open societies, and is in many ways the virtue that lies at the heart of the modern liberal state. Freedom of speech is unquestionably one of the most fundamental individual liberties there is, and something that needs to be defended at the margins of so-called ‘acceptable’ opinion, so as to stop a slow and censorious encroachment upon ever-more ideas and viewpoints.

By writing in such a manner, many advocates of Holocaust denial laws will think that I am being overly idealistic about the role of free speech. For one, they may point out that restrictions on speech already exist in the form of nigh-on unobjectionable laws against libel, perjury and blackmail, and so conclude that any stance that appears absolutist in its treatment of ‘permissible expression’ is misguided and ill-founded. In responding to this objection, it is worth reminding the reader that Holocaust denial is an opinion that is neither violent, or incites violence, and that conflating it with very specific crimes such as libel, perjury or blackmail is simply not comparing like with like. This means that any argument that in any way likens libellous or perjurous speech with the non-violent expression of an opinion, so as to justify stopping individuals from expressing a viewpoint, is fallacious to the extreme.

Moreover, while some advocates of Holocaust denial laws find it hard to distinguish Holocaust denial as a belief from the admittedly violence-prone Nazi apologists who may espouse it, it is important to remember that the legality of an opinion should not be judged on the worst actions of its worst advocates. If this were to be the standard that was applied in public debate, then almost no opinion would remain uncensored, because almost every worldview has adherents who dwell on some detestable fringe. Put simply, the peaceful expression of an opinion that is non-violent must be considered as being just that, and needs to be distinguished from those who may champion it. Not doing so unnecessarily complicates the issue, and distracts from the central facts of the matter.

In order to progress this analysis further, it is worth first establishing, in the most charitable of terms, how those in favour of Holocaust denial legislation argue their case. To them, the decision about restricting speech comes down to the supposed relative costs and benefits of outlawing a particular form of expression, with respect to other factors such as upholding human dignity. And many advocates of Holocaust denial laws think that criminalising the belief helps to maintain the correct memory of a historical tragedy, and aids in stopping what British academic Michael Whine sees as “this form of hatred, which has the capacity to unravel [social] cohesion”[1]. Therefore, they believe it is more important to ban deniers from spouting historically repudiated bile, than it is to allow them free expression.

However, this argument is predicated on a serious misunderstanding of what actually happens when individual expression is restricted. Far from jettisoning Holocaust deniers out of public consciousness and off into a realm of irrelevancy, criminalising the belief only makes ‘free-speech martyrs’ out of deniers, and gives them the undeserved media attention they crave. A good example of this is David Irving. Sentenced to three years jail for Holocaust denial in Austria in 2006, Irving made headlines worldwide, and has since garnered an alarmingly large following. It is also speculated, by acclaimed Jewish historian Deborah Lipstadt among others, that the notoriety arising from highly publicised Holocaust denial convictions actually leads to more individuals becoming deniers; although the validity of this assertion is unclear due to a lack of empirical research.

Furthermore, engaging deniers in an open and public discussion, in the words of Norwegian academic Ante Luchmann, “strengthens society as it permits its members to deal with the problems of antisemitism where they occur, rather than to criminalize [deniers] and push them to the margins of society”[2]. In other words, laws banning Holocaust denial are counterproductive, as they only allow it to fester in fringe groups and on practically unmonitorable recesses of the internet; dangerously driving it underground, but not out of the minds of individuals.

Additionally, the argument in favour of Holocaust denial criminalisation that was outlined above creates a false dichotomy between allowing deniers free speech to the detriment of the rest of society on one hand, and removing the free speech of deniers to the benefit of the rest of society on the other. In reality, this dichotomy is non-existent because allowing free speech to deniers is for the benefit of the rest of society as well. This is because, as J.S. Mill wrote in On Liberty, by “silencing the expression of an opinion… that is wrong, [we] lose… the clearer perception and livelier impression of truth, [that is] produced by its collision with error”[3]. Put simply, by allowing incorrect opinion into public debate, society as a whole can better understand what is fact; as it is through unconstrained public discourse that falsehoods can be best exposed, and the truth best demonstrated. Criminalising Holocaust denial only serves to minimise the possibility of rigorous public discussion on the Holocaust as a subject, thus limiting the opportunities for the historical record to be explored, and for younger generations to acknowledge the horrors of the event and inoculate themselves against the delusions of deniers.

Moreover, Holocaust denial laws send a problematic message to the public about the truth of the event. Considering the vast body of evidence proving the Holocaust, those wanting to preserve its memory should recognise that they need not fear free and open inquiry. However, as Deborah Lipstadt has pointedly noted, by outlawing historical criticism, no matter how erroneous it may be, Holocaust denial legislation “suggests that we do not have the facts, figures and extensive documentation to prove precisely what happened”[4]. At best, this appears suspicious to members of the public. At worst, it acts as confirmation bias for anti-Semitic conspiracies regarding Jews controlling governments to protect the ‘Zionist lie’ of the Holocaust; which is obviously not a desirable message to project.

Indeed, attempts to criminalise Holocaust denial are problematic because of inherent faults and contradictions that undermine the efficacy and consistency of the resultant legislation. For one, there is the intractable issue of defining denial. Does it have to be the full rejection of the Holocaust as a historical event, or can it be, like it is in France, simply the minimisation of its significance? If the latter is true, then there arises the further problem of where to draw the line between malicious denigration, and genuine scholarly revision that diverges from the currently accepted narrative.

Criminalising Holocaust denial also raises the unanswerable question of why, for all the grave atrocities in human history, the Holocaust should be considered somehow unique. It is an example of cognitive dissonance that over half of the nations that explicitly ban any form of genocide denial restrict their legislation to only the Holocaust, and do not see the need to criminalise the denial of other similarly well-documented genocides. Indeed, without a reason for why the Holocaust should be treated differently among genocides, of which there is none, there is no intellectual basis for opposing the criminalisation of other comprehensively recorded genocides such as that which occurred in Rwanda. Banning Holocaust denial, but not other forms of genocide denial, is, from the perspective of legal consistency, as hypocritical and ludicrous as banning the libelling of only certain individuals but not others.

More importantly, this contradiction inherent in Holocaust denial laws has led to the increased criminalisation of dissenting opinion on a wider range of historical events, as law-makers try in vain for unachievable legal uniformity. This is evidenced by the growing number of nations, such as France and Greece, that have recently banned the denial of the supposed Armenian genocide. This is despite the fact that the Armenian genocide is far more disputed than the Holocaust; with renowned historians such as Norman Stone and Bernard Lewis arguing that the Ottoman Empire never had genocidal aspirations. There is also an increasing push in Ukraine to criminalise denial of the Holodomor, which the majority of nations worldwide, including America and Britain, do not even officially recognise as being a genocide. This above argument is therefore not a case of ‘slippery-slope’ exaggeration on my part, but instead a proven example of the growing criminalisation of non-violent opinions on historical events expressed within public debate; a censorious and detestable phenomenon that clearly began with Holocaust denial legislation.

On the whole, it is evident that laws criminalising Holocaust denial are a counterproductive restriction on free speech that lessen the prospect of denier’s falsehoods being exposed in open debate. They also send the wrong message to the public, and are riddled with intrinsic problems and contradictions. So, while it is admittedly tempting to bemoan YouTube’s latest restriction of free expression, it is more important, for many Europeans especially, to remember that the legal environment they already live in provides a far greater infringement upon freedom of speech.

Oliver Friendship is a British-Australian writer and commentator who frequently contributes to Quadrant Magazine and The Spectator Australia. You can follow all his work here.