How the Left Wins the Arguments by Narratives, Post-Modernism, and the Greater Moral Significance 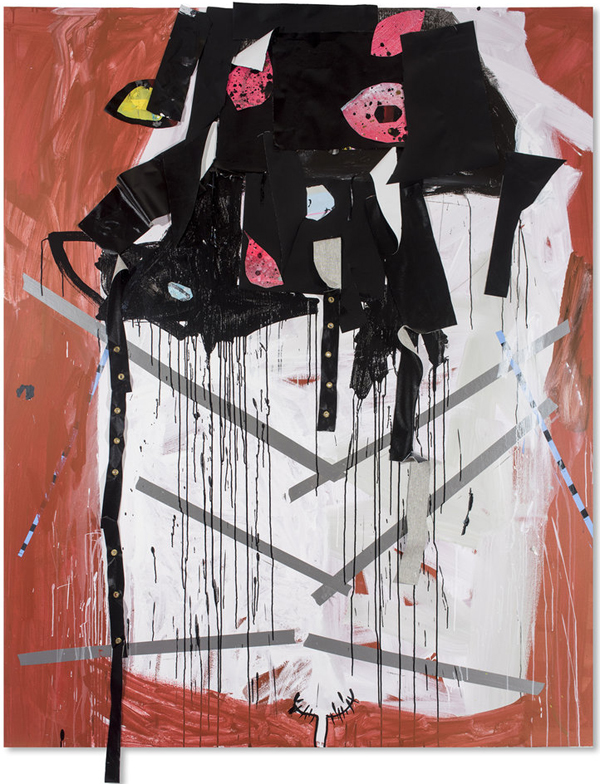 The Chronically Aggrieved and The Super Touchy, Howard Sherman, 2017

Back in high school, I understood (or thought I did) the word “narrative” to mean the telling of a story from the standpoint of the third person. Film or theater credits often listed the “narrator,” who was used to present an eye-witness neutral account from a non-biased perspective rather than the personal views and feelings of the main characters. My God! How this has changed! It is hard to escape the contemporary meaning of the word that abounds all over the social sciences, politics, and its corollary of “post-modern.” The first time I saw this expression, it seemed a contradiction in terms. How can something be further in the future than “modern”? Both terms stress the importance of integrating new knowledge into an acceptable framework that confirms a group’s most cherished values. Otherwise, it is irrelevant.

For the past few decades, “postmodernism” has come to mean an attitude of skepticism or rejection of the reigning and previously accepted ideologies, and calling into question the assumptions of rationality and universalist notions of objective morality, reality, truth, reason, language, human nature and social progress. Modern Ideas.

Postmodern media rejects the idea that any text or media product is of any greater value than another so all judgements are merely matters of taste. Anything can be called art and deserve to reach an audience. When viewed this way, there is no reliable or universal, stable reality; beauty and aesthetics are arbitrary and relative and subjective. It is ironic that Postmodernism rejects universalist notions of objective reality which adherents of Marxism firmly believed for more than a century could be correctly and objectively analyzed by Marxism and which followed immutable laws.

Looking at the current controversies in the social sciences, politics, and the arts, it is often impossible to escape the word and the concept which is increasingly employed by spokesmen of the Left. Perhaps the most grotesque identity politics-oriented “narrative” made recently is the assertion that “Jesus was a Palestinian,” proclaimed by Linda Sarsour (twice co-chair of the Women’s March and former executive director of the Arab American Association of New York). Congresswoman Ihlan Omar reaffirmed a similar statement namely that Jesus Christ, heralded by all Christian denominations as the Messiah, the fulfillment of Old Testament (i.e. Jewish) prophecies, was “Palestinian,” And the New York Times claimed (since corrected) Jesus was most likely a dark-skinned Palestinian, thereby cynically adding skin color. Identity politics obsessively dominates leftwing politics.

In this narrative, “Palestinians” are transported more than 2,000 years back in history and Jews are eliminated from 3,000 years ancient history, along with the longevity of their language and religion.

Was this the first time such a bizarre, unique, and utterly fantastic, totally implausible rewriting of history was advanced? Hardly.

Antisemitism, the oldest hatred, trumps all other considerations and standards by which to judge history and reality. It was already adopted by Nazi racial doctrines proclaiming that Jesus was an Aryan, stated as early as April, 22, 1922 in a Munich speech when Hitler spoke of the need for an “Aryan Church” and what he termed a “Positive Christianity” not dependent on the “Apostles’ Creed” nor on “faith in Christ as the son of God.” It was meant to be understood as portrayed by the Nazi Party, an apostate creed, ignoring its Jewish origins as viewed by all denominations of Christianity both in the East and the West and before and after the Reformation.

Ludwig Müller, Hitler’s hand-picked candidate was “elected” as the new German Reichsbischof on 27 September 1933, after the Nazi regime had already imposed him a few months earlier. By 1937, nearly all the Protestant Evangelical churches of Germany had succumbed to the Nazi definition of the church’s mission as defined by Hans Kerrl, the Nazi Minister for Church Affairs. Its three major points were:

In contrast to the absence of outrage today against such a preposterous view by many that Jesus was a brown-skinned Palestinian, the German “Positive Church” provoked resistance on the part of those Germans with any conscience who were aware that such a maniacal assertion was throwing contempt on two thousand years of Christian tradition.

A distinct minority of Protestant clergymen refused to sell their souls to the devil and confronted these attempts to rewrite history and morality, Karl Barth, Dietrich Bonhoeffer, Martin Niemöller and Wilhelm Busch. They could not and would not reconcile the Nazi state’s claim to total control over the individual with the ultimate sovereignty must belong only to God.

The Confessing Church (Bekennende Kirche) was a movement within German Protestantism in the 1930s in opposition to this government-sponsored effort to unify all Protestant churches into a single pro-Nazi Protestant Church. In November 1933, Pastor Friedrich Niemöller founded the Pastors’ Emergency League, pledged to resist programs of the state-controlled church and its theological declaration. It transformed a defensive movement against Nazi control of the churches into an organized resistance. Sections of the Confessing Church remained active in protesting against euthanasia and the persecution of the Jews (even if it objected most strongly on the theological grounds that Jews who converted to Christianity could no longer be held accountable for their biological origin). Under intense Nazi pressure, the Confessing Church was forced underground. In 1937, Niemöller and 700 other pastors were arrested.

Through such American congressional representatives as Rashida Tlaib from Michigan and Ilhan Omar from Minnesota, working in tandem with Black Muslim leader Farrakhan, many American Muslims have gone along with what can be called an alliance with the political Left that views them all as “victims.” On an international level, this means identification with the intense anti-Israel campaign orchestrated by former Iranian President Ahmadinejad whose obsession is to “wipe Israel off the face of the map” and “imagine” (which is all they can do at the moment) a “World Without Zionism”.

The only recognized voices among the world’s 1.5 billion Muslims not to toe a party line on this Islamist view of Jews today makes them heretics and in need of protection anywhere they dare speak. They are dissident or former Muslims such as Ayan Hirsi Ali, Somali-American and Dutch human rights campaigner, Brigitte Gabriel, Lebanese-American political activist, Wafa Sultan, Egyptian psychiatrist, Irshad Manji, Canadian author of The Trouble with Islam, Dr. M. Zuhdi Jasser, former American naval officer, and author of A Battle for the Soul of Islam: An American Muslim Patriot’s Fight to Save His Faith, and Ibn Warraq, Indian-born author of many books including, Why I am Not a Muslim.

In the Islamist world view, most Christians are already immediately suspect for belonging to those who have rejected Muhammad’s message as the true faith and, to make matters worse, are often supportive of Israel. Generations of Christian clergymen and statesmen from Disraeli through Sir Winston Churchill and President Harry Truman came to advocate the Zionist cause. Without their help and encouragement there would be no Israel today—”a world without Zionism” as the Iranians would like to contemplate. Israel cannot be undone and not just because of the heritage of the Bible alone.

Read more in New English Review:
• Trippin’ with Tim
• Defending the Indefensible: Why Holocaust Denial Should be Legal
• Can Netanyahu Win Israel’s Historic Election and Form a Ruling Coalition?

As early as February 1941, in spite of the wholehearted desire of the American Protestant establishment not to risk involvement in World War II, Reinhold Niebuhr spoke out convincingly through the journal he founded Christianity and Crisis and sounded a clarion call of warning about Nazism. Its final goals were not simply the eradication of the Jews but the extirpation of Christianity and the abolition of the entire heritage of Christian and humanistic culture. Niebuhr based his views not on any literal “evangelical” interpretation of Biblical promises but the essentials of justice for the nations and also called for some form of compensation to those Arabs in Palestine who might be displaced if their own leaders refused to make any compromise possible.

The success of the alternative “narratives” promoted by many on the Left in both the U.S. Congress, the British Parliament and the mass media is very apparent. It has led to a crisis within the American Democratic Party and the British Labour Party, both of which have panicked and are looking in desperation for an electoral formula to defeat Donald Trump and prevent the ascendancy of Boris Johnson as Prime Minister. They know that among young people and the various groups of first- and second-generation immigrants of Afro-Asian and non-Christian background, it is much easier to present the alternative “narrative” stressing over and over again their sympathy for “people of color” from which they can exclude the majority of Jews who live in both countries.

The electoral math is not hard to read. Muslims in the U.K. currently outnumber Jews by a factor of 10 to one. Labor Party leader Jeremy Corbyn can cynically proclaim that his hands are clean by appearing on platforms without the use of any anti-Jewish invective and continuing to use the straw man of the “Far Right.” Likewise, in the U.S., compliant Jews who suffer from several generations of a misplaced affection for the Democrats in the political establishment have always remained in the pockets of that party, aided by the penchant for a “new narrative” and the prevalence of postmodernism in much of the media.

Much the same logic has applied to the statements and claims of Democrat Congresswoman Alexandria Ocasio-Cortez (AOC), implying that her view of the morality of an issue outweighs the actual “facts” as they exist on the ground or the black and white numbers that one expects as the right answer to a question in arithmetic. Of course, this stops far short of the absurd contentions that are historically false such as Jesus was a Palestinian, but they are sympathetically packaged in the wrapping of sympathy for the underdog.

The Washington Post recently awarded her four Pinocchios (“prizes” for lying, grossly misstating the facts or outrageous exaggeration and simple misstatements). In a 60 Minutes interview with Anderson Cooper, the congresswoman AOC said:

Oh my goodness, If people want to really blow up one figure here or one word there, I would argue that they’re missing the forest for the trees. I think that there’s a lot of people more concerned about being precisely, factually, and semantically correct than about being morally right.

This is the postmodern weapon the Left makes constant use of. Arguments cannot be decided based on the facts, but must be judged by their moral value and their context (as judged by the beholder). Being “morally right” is more important to AOC than being “factually right” and whenever she makes “a mistake,” it is not the same thing as President Trump being morally deficient or corrupt, and hence worse than lying. The Republicans cannot resort to using the same tactics as the Democrats. Although often tripped up by the President’s clumsy tactics and tweets that play into the hands of the Sarsour-Omar-Tlaib-Ocassio-Cortez quartet, they must rally the common sense of Americans who can understand that these four are prophets of dismay, doom and deception.