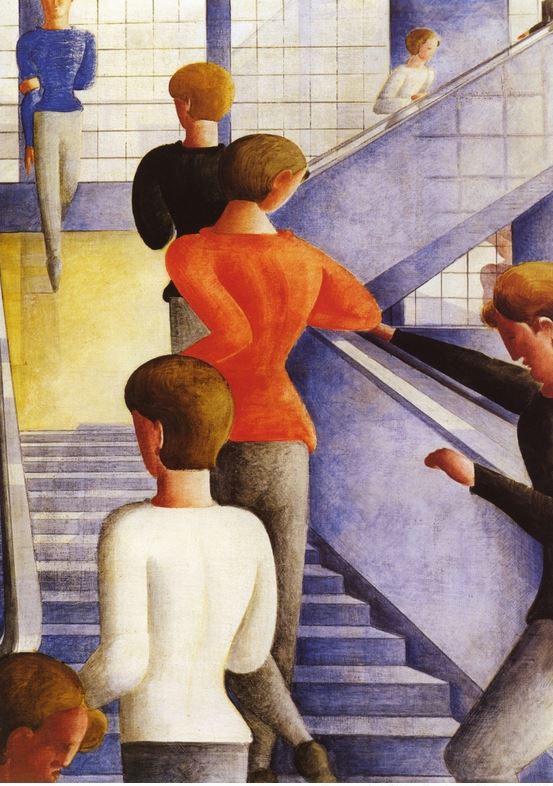 This review was originally published in The Jackdaw 146 (July/August 2019). It is reprinted here with permission.

Georg Walter Adolf Gropius (1883-1969) was embarrassingly idolised by many, not least by the late Nikolaus Pevsner (1902-83), whose perniciously titled Pioneers of the Modern Movement from William Morris to Walter Gropius (1936—later reissued as Pioneers of Modern Design) proclaimed that among Gropius’s architectural antecedents were distinguished members of the largely English Arts-and-Crafts Movement: this was typical of Pevsner’s attempts to invent spurious links with the past to promote his own heroes, for it is amply chronicled that architects such as M.H. Baillie Scott (1865-1945) and C.F.A. Voysey (1857-1941) rejected Gropius and all he stood for. Baillie Scott’s 1933 edition of Houses and Gardens, written with A.E. Beresford (1880-1952), specifically denounced in no uncertain terms the Modernism Pevsner et al. ludicrously claimed he ‘pioneered’, and Voysey also strongly and indignantly objected to the Pevsnerian view which he saw as deeply offensive as well as nonsensical, for he stated catagorically that his own work had nothing whatsoever to do with the sort of thing Gropius had promoted.

It is very peculiar that because chameleon-like politicians such as Gropius claimed certain things, they are unquestioningly believed by those incapable of clear-sightedness. Gropius’s supposed influences from William Morris (1834-96), John Ruskin (1819-1900), and the Masons’ Lodges of mediaeval Europe do not stand up to any serious examination, nor do the contents of his weaselly writings and speeches which insisted that the programmes in the Bauhaus at Weimar and then at Dessau were all about unifying the arts and crafts when they were actually doing the opposite. The real craftsmen of Weimar, trying to earn a crust in the basket-case that was Germany after the disaster of 1914-18, were not amused by the programmes of enforced enemas, meals of garlic paste, and other fads introduced by Gropius’s appointee, Johannes Itten (1888-1967), especially as the institution to which Gropius had been appointed Director was largely financed from public funds. Later, after the Bauhaus had moved to Dessau, another appointee of Gropius, the Communist Hannes Meyer (1889-1954), insisted that aesthetics should be dropped entirely from any consideration of building, and that the slightest whiff of ‘Historicism’ or tradition in architectural design should be quashed, something Modernists have eagerly and unquestioningly held as Holy Writ ever since. Indeed, many of Gropius’s appointments and stances were bizarre, especially as he stated he was keen to keep the Bauhaus out of overt political activity. This was just another example of what was actually happening being the opposite of what Gropius supposedly aimed for.

Read more in New English Review:
• All’s Well and Some Discontents
• Rag & Bone
• Defending the Indefensible: Why Holocaust Denial Should be Legal

Throughout millennia humankind has embellished its buildings with ornament as an integral part of the architecture: think of the Classical Orders of Architecture, with bases, capitals, entablatures, etc., all coherently embellished with carvings; or the so-called ‘Gothic’ style, with its profusion of sculpted enrichments; or indeed the buildings of any period in human history, when ornament has played no small part in them all. The exception was the so-called ‘International Style’ that emerged in the 1920s, and with which Gropius was intimately connected as an enabler and protagonist. With its refusal to accept craftsmanship, its abolition of mouldings and decoration, it succeeded in creating a universal dystopia. Something very strange had occurred: an aberration, something alien to the history of humanity, something destructive aesthetically and spiritually, something ugly and unpleasant, something that was inhumane and abnormal, yet something that was almost universally accepted in architectural circles, like some fundamentalist quasi-religious cult that demanded total allegiance, obedience, and subservience. The unseemly deification of Gropius as one of the Unholy Trinity of Modernism (the other two being Miës van der Rohe [as Ludwig Mies called himself after 1918] and Le Corbusier [as Charles-Édouard Jeanneret reinvented himself, like other autocratic bullies such as Stalin, Lenin, and Molotov]) led to the abolition of choice: its agenda were to impose stylistic dictatorship by any means possible. 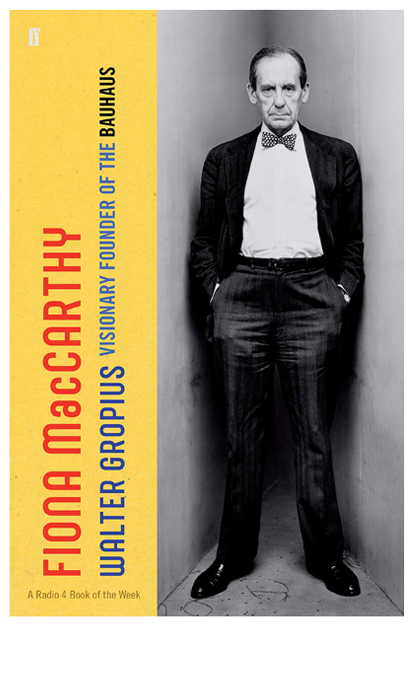 And the strange thing about all this is that Gropius could not draw: all his lauded buildings were largely produced by others. At first he was in partnership (1911-14 and 1919-25) with Adolf Meyer (1881-1929) with whom the celebrated shoe-last factory at Alfeld-an-der-Leine (1910-11), with its influential treatment of the curtain-wall, was designed. Later, the buildings of the Dessau Bauhaus, which are always credited to Gropius, were mostly the work of Carl Fieger (1893-1960—who was associated on and off with Gropius 1912-34) and Ernst Neufert (1900-86—who rose to some eminence in National-Socialist Germany through the influence of Albert Speer [1905-81]). The fact is that Gropius was not really a good architect at all: he was a politician, an enabler, an influential theorist and pedagogue, whose writings (e.g. Scope of Total Architecture [1956—but based on articles and lectures written 1937-52]), if perused with clear eyes and unclouded brain, do not really live up to his inflated reputation.

Having flirted with Communism and with batty cults after 1918, like many others in a ruined Germany at the time, Gropius and other Bauhäusler landed up in America in the 1930s, where, through the infuence of people like Alfred Barr (1902-81) and Philip Johnson (1906-2005) they were placed in powerful positions in educational establishments. Sibyl Moholy-Nagy (née Pietzsch [1903-71]) was to write that the browbeating symbolism of a negative ideology was clearly bankrupt when Hitler shook the tree and America picked up the poisoned fruit. This lethal harvest was so-called ‘Functionalism’ (which was not about function at all, but was solely concerned with packaging), and its seed was widely scattered by the Bauhäusler, including Gropius. American converts embraced the tenets of Gropius und Gesellschaft, which wrecked healthy American architecture and civic design. This catastrophe she called ‘Hitler’s Revenge’ (Art in America 56/5 [Sept./Oct. 1968] 42-3). One of the greatest works of American architecture, McKim, Mead, & White’s Pennsylvania railway-terminus, New York (1902-11), a masterwork of ennobled architecture, engineering, and organisation that put the dismal products of Gropius-influenced Modernism to shame, was demolished 1963-5. Gropius, of course, was keen that what he described as a ‘monument to a particularly insignificant period in American architectural history . . . a case of pseudotradition’ should cease to exist, probably because it showed up the shoddiness of the Modernism he had tirelessly promoted, and especially the ghastly PanAm building (1958-63) for which he had been the partner-in-charge in The Architects Collaborative, a firm which failed in 1995 thanks partly to unpaid debts incurred in the design and building of the University of Baghdad, Iraq. But his main reasons for advocating destruction were ideological: nothing from the past was worth keeping. What was needed was the tabula rasa, one of the key demands of Modernists. Gropius was involved with Jack Cotton (1903-64) in the proposed redevelopment of London’s Piccadilly Circus, which would have been one of the crassest of hamfistely ugly schemes ever inflicted on the capital, but fortunately was never implemented. As the Oxford Dictionary of National Biography observes, Cotton’s ‘most enduring monuments are . . . eyesores’.

MacCarthy’s tome accepts far too much of Gropius’s self-assessment without forensically examining what he actually brought about. Indeed, the truth is almost always the opposite of what Gropius and his apologists claim. Hagiographies are all very well, but when the sainted subjects have feet of clay or worse, and the evidence of what those subjects helped to bring about is so appalling, one has to question their validity. Just to give one example, MacCarthy refers to Gropius’s debts to Morris, but the latter was steeped in the Gothic Revival and in traditional Crafts, so the perpetuation of this old chestnut is untenable. Had Morris lived, that mercurial and irascible personality would have exploded at Gropius’s claims to have derived anything at all from him or his ideas. MacCarthy should have discarded her Bauhaus-tinted spectacles before embarking on this undoubtedy handsome, illustrated, and in parts (on the personal relationships level) interesting, but deeply flawed, book.

Professor James Stevens Curl is the author of Making Dystopia: The Strange Rise and Survival of Architectural Barbarism (Oxford University Press 2018), and was honoured with an 2019 Arthur Ross Award for Excellence in History & Writing within the Classical Tradition by The Institute of Classical Architecture & Art (USA).