How Serious Is the Terrorist Threat?

The numbers don’t tell the story. 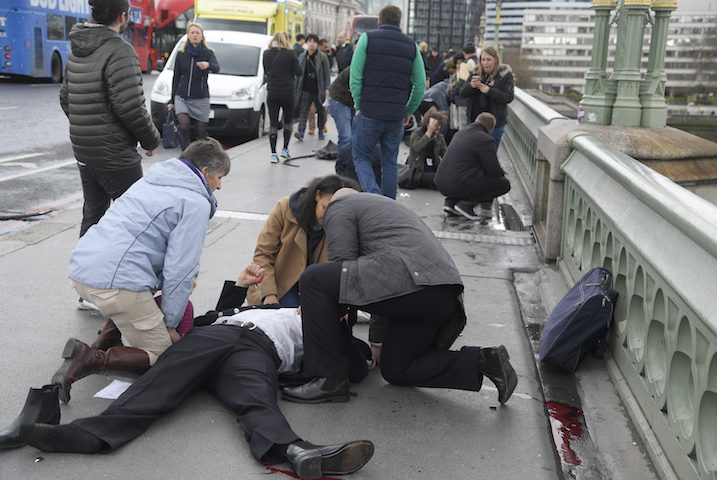 Statistically speaking, I am much more at risk of being killed when I get into my car than when I walk in the streets of the capital cities that I visit. Yet this fact, no matter how often I repeat it, does not reassure me much; the truth is that one terrorist attack affects a society more deeply than a thousand road accidents.

The man responsible for the latest attack in London, the so-called Khaled Masood, lived in the area in which I worked for many years, and through which I walked daily. So did several of his presumed accomplices who have since been arrested. The area is high in crime and there does seems to be an elective affinity between Islamism and criminality.

The day after the attack in London I was interviewed by some Flemish journalists from Antwerp, or very near Antwerp, a city in which a terrorist attack was aborted while we talked. A Tunisian resident of French nationality was stopped before he could mow down shoppers in Antwerp’s main shopping street, an attack that was “unsuccessful,” apparently, only because the would-be victims had the previous day’s attack in mind and jumped out of the way of the car in a pedestrianized street.

Two days before I flew from Paris Orly Airport to Montpelier, a man of Tunisian descent was shot dead at the airport while attacking a female soldier with a knife. Earlier, he had opened fire on a policeman in the north of Paris and moved on to Orly.

That night after the Orly attack, I dined in 20th Arrondissement of Paris, and as I left the restaurant in a quiet street, three soldiers in full military gear passed me on patrol. I am not sure how much the presence of soldiers on the streets in peacetime actually adds to civilian security, and it occurred to me that had I been a terrorist, I might have produced a dramatic incident there and then, for there was little doubt that the soldiers would have been vulnerable to attack. If they had attracted such an attack, I would have been more endangered than protected by them.

My nephew was in the Stade de France (the national stadium) on the night of the ISIS terrorist attacks in November 2015. Three suicide bombers tried to enter the stadium in a coordinated assault during a football match between France and Germany, at which both the French president and the German chancellor were present, but were prevented by a security check; otherwise, there might have been many victims, including my nephew.

It’s difficult to assess the true meaning or real significance of this apparent closeness to terrorism at one, two, or more (but not many) removes. Statistics tell me that I am still safe from it, as are all my fellow citizens, individually considered. But it is precisely the object of terrorism to create fear, dismay, and reaction out of all proportion to its volume and frequency, to change everyone’s way of thinking and behavior. Little by little, it is succeeding.