A Dangerous Development in Cape Town

South Africa changes its constitution to permit expropriation of white-owned land without compensation. 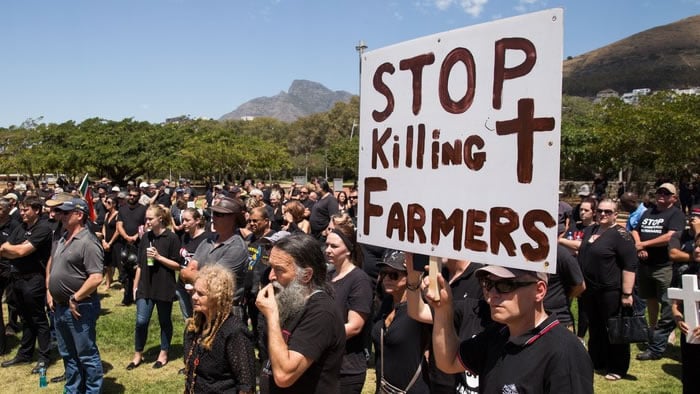 When the South African parliament passed a motion, by 241 votes to 83, to change the nation’s constitution to allow white-owned land to be expropriated without compensation, the Guardian, Britain’s equivalent of the Washington Post, was coy about reporting it. Even now, it has not mentioned the measure on its website, except indirectly.

The reasons for this coyness can only be surmised, but one might have supposed that, given the newspaper’s long history of interest in South African affairs, a development with such potentially catastrophic long-term, and even short-term, effects would be considered of some importance. The proposal, if ever fully acted upon, would produce a crisis to dwarf Zimbabwe’s, with starvation and famine avertable only if 10 million or 15 million South Africans succeeded in finding somewhere to migrate to.

The motion in parliament was proposed by Julius Malema, a former radical member of the ruling African National Congress, now leader of a splinter party called the Economic Freedom Fighters, which received 6 per cent of the vote and has the same proportion of seats in the parliament. They dress entirely in red and call for radical redistribution of wealth, as if an economy were a stew or soup to be ladled out in portions. Malema, who, if the large financial scandals connected with his person are anything to go by, excludes himself from his own economic egalitarianism, said in 2016 that he was not calling for the slaughter of whites—at least, not yet.

In introducing his motion, Malema said that expropriation without compensation to the criminals who had taken the Africans’ land was essential to restore the dignity of Africans. As the subsequent vote testified, the African National Congress supported him; and while the new president, Cyril Ramaphosa, said soon afterward that there would be no illegal land grab, he himself has in the past called for expropriation without compensation.

The implication is that South Africa’s ruling party does not consider the current ownership of land legitimate, for only illegitimacy could justify expropriation without compensation. Even without putting it into practice, therefore, the motion is likely to have a deleterious effect on South African farming and agricultural production, for who would invest in property that can be seized at the stroke of a pen, and is not regarded truly as his own?

As if a collapse of agricultural production were not bad enough, expropriation without compensation would also bring about either the collapse of the South African banks, for South African farmers are deeply indebted, or confer huge debt obligations upon the government. And this is so even if (what is very unlikely) the redistribution of land were carried out in other than a grossly corrupt way, without political favoritism.

Why the Guardian silence on this important development? Perhaps because it is an embarrassment to the paper’s four-legs-good, two-legs-bad view of the world. How is one to report the near-genocidal and famine-promoting wishes (not yet carried out, it is true) of people whose role in life for so many years has been that of victim of injustice?