A Funny Thing Happened on the Way to The Political Forum 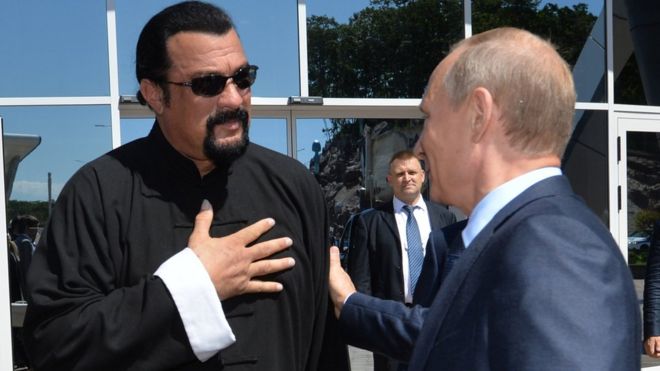 Everybody ought to have an aide, someone who can help when you need support. Certainly political leaders must depend on advisors who are able to discern accurately, or pretend to know, what’s going on, and speak truth to power. Throughout history, all countries have had figures of this kind. France had Cardinal Richlieu for King Louis XIII and Cardinal Mazarin for Louis XIV, not to mention Mme. Pompidour on the ballroom floor with Louis XV, and Mme. Du Barry, the toast of Paris. Britain, Prime Minister Harold Wilson had a Kitchen Cabinet, and consultant Alastair Campbell served for Tony Blair.

In American politics the list is legendary. Among others in the last century are Louis Howe for FDR, Clark Clifford for Harry Truman, Ted Sorenson for JFK, Henry Kissinger for Richard Nixon, Dick Cheney for George W. Bush.

Yet sometimes the choice, in the past and at present, of those advisors is curious. Emperor Caligua is alleged to have made his favorite horse Incitatus a citizen of Rome and a member of the Senate. Legend says the horse was expected to invite guests to dine with the Emperor. Similar surprising choices of two new aides, one aggressive self-imposed, the other officially appointed, have appeared on the contempory international political scene. The unlikely duo are Dennis Rodman and Steven Seagal, the latter a very strange enchanted person, sad of eye but hardly wise is he.

The 57 year old Dennis Rodman, former professional basketball player, NBA Hall-of-Famer, has since February 2013 seen himself as a player in international politics since he first visited North Korea and became supportive of the regime and its ruler. At that first visit, he sat together with ruler President Kim Jong Un, apparently a basketball fan, in attending an exhibition basketball game of the Harlem Globetrotters in Pyongyoung. Since then he has visited North Korea four times and calls Kim his best friend whom he always helps, and who, among his other charming attributes, loves the music of Frank Sinatra and Elvis Presley.  At another basketball exhibition game in June 2014 Rodman sang Happy Birthday to Kim. Rodman’s stated ambition is to bring the two countries together. Though Rodman once called Kim a madman, he insists Kim is “misunderstood.” Off the basketball court, Rodman resembles a courtier.

Naturally to help the two countries come together, Rodman attended the Singapore summit between President Donald Trump and President Kim on June 12, 2018. Though uninvited and not a participant, he said he was happy to a part of a historic summit. Not lacking in self-regard, but without explicit reference, Rodman thought he had brought a lot of awareness to people around the world  He did not however reveal the nature of any advice given to the two presidents, but it perhaps relevant that his trip to Singapore, and previous ones to North Korea, were sponsored by a marijuama company.

More surprising than the problematic political contribution of Dennis Rodman is the news that the 66 year old Steven Seagal has been officially chosen by Russia to be a special envoy for humanitarian ties to the U.S. This is supposed to entail faciliatating relations between the two countries in “the humanitarian field, including cooperation in culture, arts, public, and youth exchanges.” In accepting the position, Seagal opined “we can strive for peace, harmony, and positive results in the world.”

Seagal, 6 foot 4, is a man of many diverse aptitudes and positive results: martial artist with a black belt, guitarist, operator of an aikido drop, promoter of therapeutic, aromatherapy oil products, supporter of Dali Lama, and self-chosen Buddhist. Above all he is producer, director, star of some TV programs and some action films made in the late 1980s and early 1990s, and, some of them, especially Under Siege are still popoular in Eastern Europe. Not all are similar admirers. For some of his films Seagal has had the dubious distinction of having been nominated for worst actor or worst director. In almost all his films and TV shows he is successful, a lonely figure, in overpowering opposition of the evil enemy. Does  the Russian political director plan or hope for Seagal to be equally successful in his political career?

Seagal became a Russian citizen on November 3, 2016,  and was personally given his passport by President Vladimir Putin. Seagal was a guest of Putin at the presidential inauguaration ceremony on May 7, 2018. He has referred to Putin as one of the “greatest living world leaders.” He justified the Russian annexation of Crimea, and views Ukraine as a country controlled by fascists. Not surprisingly, Ukraine has banned him from entering the country for five years.

Seagal has also expressed opinions on American-Russian relations. He has denied accusations of Russia meddling in the 2016 election, asserted that Putin had nothing to do with attempts to affect the election, and argued that anyway Russia does not have the technology to do so. His premise is awareness of the bad news in the U.S. about Russia, and his task will be to remove the kind of propaganda that is a diversion and that prevents U.S. citizens from seeing what is really happening. He was also critical of the U.S. athletes who refused to stand for the playing of the  national anthem in games in 2016.

Seagal’s appointment comes at moment when Russian attempts at influence U.S. affairs are being made public.  One revelation is that at the notorious June 2016  meeting in New York, Donald Trump Jr. met with Russian lawyers not merely to discuss adoption by Americans of Russian children, but really to gather information on presidential opponent Hillary Clinton. It is now commonplace that Russia has long been involved in counter-intelligence within the U.S. embassy in Moscow and in the U.S. itself, where Russian oligarchs, money launderers, and hackers have been active.

A new, intriguing, case of espionage involves an attractive 29 year old Russian, Maria Butina, now charged with conspiracy as an unregistered agent of Russia. She enrolled as a grad student in international relations at American University, claimed to be building lines of friendship at dinners with chilled vodka and sex with Americans and Russians. She was, or claimed to be, the founder and leader of a Russian pro gun organization, Right to Bear Arms, and tried to infiltrate the NRA and influence senior Republican operatives in U.S. politics. Photos show her together with NRA CEO Wayne La Pierre.

Butina also worked with powerful Russian figures. One is Alexander Torshin, money launderer, who has been a member of the Russian parliament, deputy governor at the Russian central bank, and is a lifelong member of NRA. Another link is to Russian billonaire Konstantin  Nikolaev, a man close to Putin, and with connections to the state owned bank associated  with the FSB intelligence agency.

In view of these connections Steven Seagal has a considerable task to facilitate good relations between the two countries. He had in 2013 helped to open doors for a U.S. Congressional Delegation visiting Moscow. President Putin then thought of him as honorary Russian consul in California and Arizona. However, in his new position Seagal may need the assistance of former boxer, world cruiserweight champion, Roy Jones, Jr. and French screen legend Gerard Depardieu, both also Russian citizens. Will he survive or be politically Under Siege on the way to the Forum?