A Palestinian Christian On Persecution By Hamas 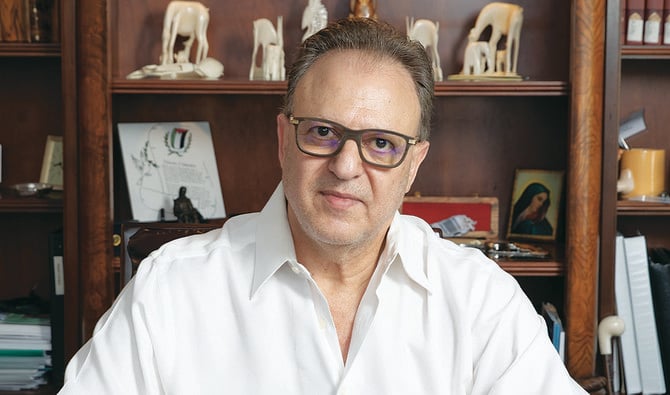 Hamas is the Gazan branch of the Muslim Brotherhood. It is distinctly unfriendly to Christians, including those who are Palestinian Arabs. Ever since its takeover of Gaza in 2007, when Hamas imposed Shari’a, or Islamic law, the Christian population of the Strip has steadily decreased, from 5,000 in that year to 650 today. Bishara A. Bahbah is a Palestinian Christian, apparently living in Israel, where as is well known, he suffers no mistreatment whatever. He has just now publicly decried the mistreatment of Palestinian Christians in Gaza by Hamas, that have led so many of them to flee the Strip, here: “A Christmas message to Hamas,” Times of Israel, December 23, 2020:

Say what you will about the Palestinian Authority, Palestinian Christians in the West Bank are treated as equal to Muslim Palestinians. In fact, if you look at the composition of the PA government, five ministers are Christian.

Bahbah misreads the situation. Those five Christian ministers in the PA government are useful in dispelling foreign concerns about the treatment of Christians, but their presence is deceptive: their roles tell us nothing about how ordinary Christians fare in the P.A. And the answer is that they fare rather badly. They – their pastors, their churches, their schools — to attack by Muslims; worse still, in no case have any of these Muslim attackers been arrested by the P.A.

Here’s a glimpse at some of what Palestinian Christians in the West Bank endured in just the space of a few weeks in 2019 (the article was written soon after the attacks):

Three grave events occurred involving Christians in the territories ruled by the Palestinian Authority (PA) . They left no mark on either the world or the Israeli media because they are not connected to Israel.

On April 25, the terrified residents of the Christian village of Jifna near Ramallah asked the PA to protect them after they were attacked by Muslim gunmen. The violence erupted after a woman from the village submitted a complaint to the police that the son of a prominent, Fatah-affiliated leader had attacked her family. In response, dozens of Fatah gunmen came to the village, fired hundreds of bullets in the air, threw petrol bombs while shouting curses, and caused severe damage to public property. It was a miracle that there were no dead or wounded.

Despite the residents’ cries for help, the PA police did not intervene during the hours of mayhem. They have not arrested any suspects. Interestingly, the rioters called on the residents to pay jizya—a head tax that was levied throughout history on non-Muslim minorities under Islamic rule. The most recent victims of the jizya were the Christian communities of Iraq and Syria under ISIS rule.

The second incident occurred during the night of May 13. Vandals broke into a church of the Maronite community in the center of Bethlehem, desecrated it, and stole expensive equipment belonging to the church, including the security cameras.

Three days later it was the turn of the Anglican church in the village of Aboud, west of Ramallah. Vandals cut through the fence, broke the windows of the church, and broke in. They desecrated it [urinating and defecating on church floors have been favorite forms of Muslim desecration], looked for valuable items, and stole a great deal of equipment.

As in the two previous incidents, no suspects were arrested.

Such terrorizing of Christians in the West Bank does not appear in Bishara Bahbah’s attempt to convince us that, unlike in Hamas-ruled Gaza, Christians have been treated well in the PA-ruled territories. He knows all about these, and hundreds of similar attacks on Christians since 1994, when Israel withdrew from the West Bank

When I served as Yasser Arafat’s advisor on international affairs, while I was teaching and working at Harvard University, I asked him why he decided to designate a fixed number of seats in the Legislative Council for Christians and one seat for a Jew to represent the Samaritans in the Nablus area. I also asked him why the government decreed that several municipalities including Bethlehem, Ramallah, Beit Sahour, and Beit Jala, should always have Christian mayors irrespective of the number of Christians in Palestine or in those towns.

He answered me: “Don’t be naïve. When I am gone and I am not here to protect you [Christians], one day there could be a [Palestinian] government that, if it could, would eat you alive.”

And it appears, Arafat was right.

On the one hand, Bishara Bahbah quotes with approval Arafat’s statement to him about “when I am not here to protect you” (the Christians), there “could be a [Palestinian] government that, if it could, would eat you [the Christians] alive.” He says that “Arafat was right.” Yet, in complete contradiction to this, Bahbah claims that the Christians in the PA-ruled territories have absolutely no problems with their Muslim neighbors. So which is it? The evidence suggests that Arafat was indeed right: the Palestinian Muslims have been making life very difficult – hellish in some cases – for the Christians in the PA-ruled parts of the West Bank, and things are even worse for the dwindling number of Christians in Hamas-ruled Gaza.

An official advisory issued from a Hamas ministry last week smacks of racism and spite against Christians in general, and, more specifically, against the tiny and dwindling Palestinian Christian community in the Gaza Strip. Addressing the upcoming Christmas holiday, the document recommends a series of measures to “limit interaction” with Christmas celebrations in Gaza, implying that Christianity and Christians should be shunned.

While some have tried to suggest the instructions are motivated by concerns about crowds and Coronavirus, the document itself makes no mention of the spread of the pandemic. It is, in fact, a religious directive from Hamas’s Director-General of the General Authority of Preaching and Guidance in the Hamas-controlled Ministry of Wakf and Religious Affairs.

“The Activities of the General Authority of Preaching and Guidance to Limit Interaction with Christmas,” dated 15 December 2020, calls for the issuance of a fatwa, a religious edict, and instructs various ministries including the ministries of interior and economy, as well the media to ensure its implementation. As a Palestinian Christian, I abhor the document and those who drafted it.

The limit on “interaction” with Christians that Hamas mentions in its “advisory” as needing to be the subject of a fatwa reflects the Qur’anic commands — 3:28; 4:14, and 5:51 – not to take disbelievers as friends, “for they are friends only with each other.” Nor should any recognition be given to Infidel holidays; when a Muslim wishes a Christian “Merry Christmas,” as the well-known Islamic preacher Zamir Naik and many others have said, he is “associating Jesus, whom Christians regard as the Son of God, with God himself,” and in the Muslim view, this constitutes a kind of polytheism, or the sin of “shirk.”

Why does Bishara Bahbah fail to mention that Hamas is merely following Qur’anic commands to shun Christians (and Jews) when it issues an advisory about “limiting interaction” with Christian celebrations? Three reasons: First, it would make Islam look bad in the eyes of Infidels. Second, those Qur’anic commands about not taking Unbelievers as friends, as well as the verses commanding Muslims to conduct violent Jihad (as 2:191-193, 4:89, 8:12, 8:60, 9:5, 9:29, 47:4) amply provide the justification for the mistreatment of Christians by the very group – Hamas – that Bahbah is determined to denounce. Third, mention of those verses would plant the idea that insofar as the PA treats Christian Palestinians as the equals of Muslims (as Bahbah misleadingly maintains) – even allowing five of them to be in the government — it is violating Qur’anic instructions.

On Saturday, after the document had made it to social media and sparked denunciations from Muslims and Christians, Hamas’s Ministry of Wakf and Religious Affairs issued a clarification insisting their policy reflected “the tolerance rooted in Islam, which sanctions freedom of worship.” It added that the Hamas government “secures [Palestinian Christians’] religious rituals and protects their churches and places of celebration.”

Despite this preposterous assurance by Bishara Bahbah, Palestinian Christians have never been “full partners in Palestinian society with equal rights, influence, and stature.” They have been the object of repeated attacks by Muslims – the three violent attacks that took place in April and May 2019 that I’ve mentioned above are representative, and brief search will turn up many other similar examples – that are never investigated by the PA’s police. That conditions for them are difficult can be seen in the steady outflow of Christians who are leaving not only Hamas-run Gaza, but the PA-ruled parts of the West Bank to live abroad, free from harassment and persecution. Some of them even move to Israel. Bethlehem, that was 85% Christian in 1950, and 40% Christian in 1998, is now only 14% Christian.

As the direct descendants of Jesus Christ’s followers – descendants of Jews and non-Jews who converted to Christianity — we were present in the land of Palestine before Islam arrived in the seventh century. Since then, relations between Muslims and Non-Muslims were regulated by an agreement known as The Pact of Umar that guaranteed rights and spelled out obligations. In today’s Palestine, the pact primarily represents the commitment of Muslims to respect and protect the religious and property rights of Christians and Jews.

The Palestinian Arab Christians are not “descendants” of people “who were in the land before Islam arrived in the seventh century.” They are descendants, rather, of the Arabs who arrived in Palestine no earlier than the 7th century. The Pact of Umar, which many Western scholars, such as Bernard Lewis, regard as a fabrication, is mentioned by Bahbah as having “guaranteed rights and spelled out obligations” for non-Muslims. There was exactly one right – the right to remain as Infidels and not be killed – given to non-Muslims in exchange for their agreeing to a long list of demands, which we will get to in the next installment tomorrow.