A Satanic Incident in the West Bank 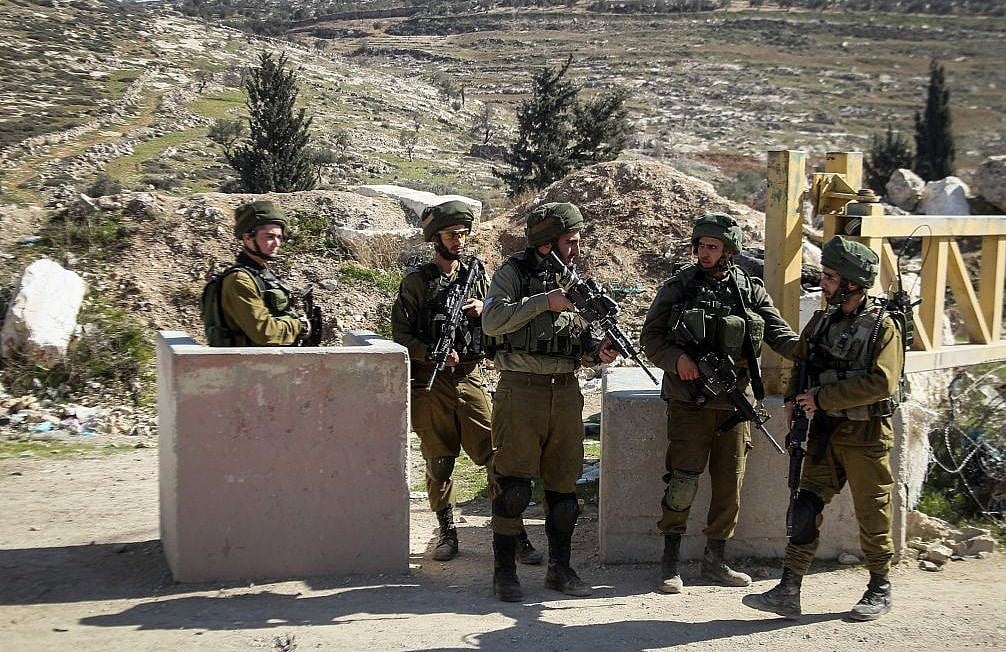 In the West Bank (known for 3000 years as “Judea and Samaria”) on July 28, there was a bizarre and ghoulish incident involving a Palestinian family, the IDF, and the body of a one-day-old baby girl. The report on this is here: “Palestinian preteen killed by IDF fire after family buries infant in bag,” by Idan Zonshine and Tzvi Joffre, Jerusalem Post, July 29, 2021:

The IDF opened an investigation on Wednesday [July 28]after Palestinian media reported that a Palestinian preteen was shot and killed by the IDF during arrest procedures that took place after Palestinian suspects dropped a bag carrying the corpse of an infant next to a military post.

Earlier [on Wednesday], IDF soldiers identified a number of suspects who got out of vehicles near a military post at the entrance to Kfar Beit Ummar, in the area of the Etzion Regional Brigade,”

The IDF Spokesperson’s Unit announced on Wednesday night that soldiers near the entrance of Kfar Beit Ummar saw suspects get out of their car next to a military post in the area and begin digging. After a few minutes the suspects left and when the soldiers arrived at the site to investigate, they found two bags, including one containing the corpse of a one-day-old infant.

The Palestinian family that carefully chose a spot right next to an IDF post to bury the body of a one-day old baby girl were building a ghoulish movie set. Remember Mohammed al-Dura, the boy killed by a Palestinian bullet, whose death was falsely attributed to the Israelis; it took years of forensics an analysis of videos to put paid to this slander and much of the damage done to Israel’s image remains. Now the Al-Alami family was apparently intent on exploiting the death of its own infant, hoping to attribute it to the satanic murderers of the IDF. It is unclear if they first buried the baby girl and then exhumed her, or if they never buried her at all, because they intended all along to use her corpse as a vehicle of anti-Israel propaganda. They could have simply buried the girl, but then someone had the bright idea of using that dead body as an instrument of war. The Al-Alamis may have at first thought that if they buried the body right next to an IDF post – making sure it was not perfectly covered, but would be easy for others to detect – and then went home only to “discover” that their newborn baby was nowhere to be found, the rest would be easy. They would play the grieving family, their baby having been taken from them in the night, and the resulting uproar would lead ultimately to the baby’s body being discovered, by the grieving Al-Alamis (who knew exactly where to look), or by the IDF soldiers who would have spotted the grave newly dug just outside their post. And once the body was found or “found,” the Palestinians of Beit Ummar could declare that Israelis – it hardly matters whether soldiers or “settlers” — “snatched our little girl and killed her, then buried her hastily where they thought no Palestinians would dare look – right outside an army post.” Think of the stories of this latest Israeli atrocity, as it would have been duly reported on the BBC and Al Jazeera, in the pages of the Guardian, the New York Times, the Washington Post. No one would suspect that the Al-Alami family itself would have been willing to dig a hole and drop the coffinless baby unceremoniously into it in order to set up the IDF soldiers as mad-dog killers. Of course, all the Palestinians would howl, it must have been the Israelis. A preposterous scenario, akin to those medieval blood-libel accusations about Jews abducting and killing Christian children so as to use their blood in making Passover wafers, but not too preposterous for Palestinians intent on creating a satanic image of the Israelis.

But in the end, the Palestinians did not go so far as to accuse the Israelis of having killed the newborn. Instead their story focused on the cruel mistreatment of the body by the IDF.

The Palestinian WAFA news agency reported that IDF soldiers exhumed the remains of a newborn girl after she was buried by her parents in the children’s cemetery of Beit Ummar. The mayor of Beit Ummar claimed that the soldiers stormed the cemetery, exhumed the girl’s grave and threw her body next to the grave.

Preposterous, of course, but nothing is too preposterous for the Palestinian slander machine. Why would Israel soldiers have “stormed the cemetery” in order to exhume the girl, and then to throw her body next to the grave? What sense would that make? Or was it just one more horrifying way for the satanic Israelis to cause deep unfathomable anguish to the Palestinians they constantly find new ways to torment?

And if the Israelis, having exhumed the body, “threw her body next to the grave” why did the Al-Alami family, instead of reburying the body of their own baby in the cemetery after the “storming” Israelis had left, instead put it in a bag, and take it by car to a spot just next to an IDF post, where they dug a shallow grave, placed the body in it, and then sped off? That act only makes sense if you are trying to implicate the Israelis in a larger crime – not just of exhuming the body, but of murdering the baby.

Something foul and fiendish took place in Beit Ummar on July 28, all right, but the Israelis had nothing to do with it.