A Tale of Two Ditties 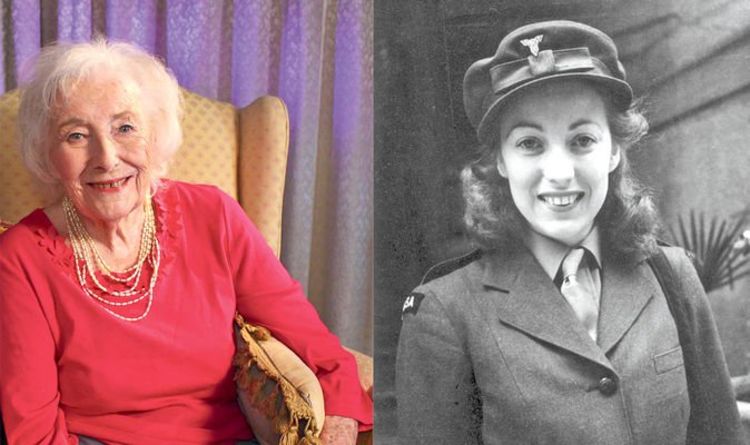 I hear music, mighty fine music, and any time I think my world is wrong I sing these songs. There will be other songs to sing but there will never be another Vera.

The story of the United States, and of Britain to a lesser degree, has been told through popular music. The experience of the two countries, the issues they faced, and the nature of responses are depicted directly or by allusion in songs, some of which have become standards. By coincidence, two songs that are related to historical problems of the countries are currently the topic of discussion. One, Swing low, sweet chariot, stems from the experience of the American South, from the universe of minority culture which has been an influence on general culture. The other, We’ll meet again, brought to public attention by the death of the singer Vera Lynn, is a reminder of the peril faced by Britain in its fight against Nazi Germany.

In spite of the different cultural universe and historical context of the two songs they are similar in their expression of hope in the darkest hours of danger.  Both advance resistance to an enemy, slavery on the one hand, and on the other hand an evil Empire of Nazi Germany. Both are symbols of freedom that must be obtained or retained. Both had an emotional impact, a mixture of personal concerns and ideology.

The ruling board of the British Rugby Football Union, RFU, is conscious that the death of George Floyd in Minneapolis has led to significant discussions of the issue of racism.  It has decided as part of its review of the representation of black players in rugby to review the historical context of the song, regarded as a spiritual anthem, “Swing low, Sweet chariot,” which is sung at rugby games, especially since Chris Oti in 1988 became the first black player to represent England in international games. The RFU is not looking to ban the song from Twickenham, the headquarters of the Rugby Union, but says it is reviewing the song to clarify the historical context to educate rugby fans on the origin of the song.

The question arises because many people are not aware the song is linked to slavery, and often sung at black funerals, and that it is usually regarded as a negro spiritual in the canon of American folksong. But the song has been more widely appreciated. Since 2011 it is the official Oklahoma State Gospel song. It has become familiar, if not a standard, by recordings and films, by a highly diverse group, including the Marx Brothers, in the 1938 film Room Service, Judy Garland, Louis Armstrong, Eric Clapton, and Joan Baez who sang it at the Woodstock Festival in 1969. Though not complimentary, the song was included in the March 1939 Nazi Germany list of “undesired and harmful works,” along with songs by Cole Porter, Duke Ellington, the Lambeth Walk, and Flat Foot Floozie.

The song in fact was composed by a man named Wallace Willis, a Native Indian slave, probably born in Mississippi, of the Choctaw tribe, that was, with other tribes, forced to sign a series of treaties that dispossessed them of their lands and forced them to move to Oklahoma.  The song therefore was written not in the states of the very Deep South with which it is usually associated, but in Oklahoma territory, and circulated first among Native Americans not African-Americans. The song was widely circulated among African-Americans after the Civil War when it was taken up by singers at Fisk College, now Fisk University, an all-black institution.

Nevertheless, the song is a commentary on slavery. The line “coming for to carry me home,” is taken to refer to the underground railroad that helped black slaves escape from the South to the northern part of the U.S., and to Harriet Tubman who escaped to freedom in 1849 and made a number of trips back into slave states and escorted an estimated 300 slaves to freedom. The song has been honored by the Library of Congress, and was used in the 1960s  civil rights movement. Since the 1880s it became the anthem of rugby fans.

The issue is open. Should the song be banned? Prime Minister Boris Johnson thinks it should not be banned, and that people should focus less on symbols   of discrimination and more on the substance of racism. He sees the issue is really one of diversity and inclusion.

A second song, written in the shadow of World War II , has been recalled by the death on  June 18, 2020  of Dame Vera Lynn at 103 years old.  Born in East Ham, East London, the daughter of plumber, she began singing at an early age and became a dance band singer with the well-known London bands of Joe Loss and Ambrose. She achieved fame when 22 with her singing of the ballad “We’ll meet again,” (WMA) a song written in 1939 by Ross Parker and Hughie Charles, who also composed “There’ll always be an England” which Vera also sang.  The melody of WMA loosely based on Anton Rubinstein’s Melody in F was sung by Vera with low voice and emotional delivery, in charming but simple style. The song both optimistic and poignant, conveying a basic human message, became an instant favorite of British society , especially  the armed forces. Though never a glamor girl, Vera In a 1939 newspaper poll of Forces’ Sweetheart  came in first, beating competition that included Judy Garland, Deanna Durbin, and Dinah Shore. She was always known by that name until the end of her life.

The song WMA persisted even though the BBC in wartime adopted a policy of excluding “sickly sentimentality which, particularly when sung by certain vocalists, can become nauseating.” It was never characterized in that way. The song is one of those, like the song There’ll be bluebirds over the White Cliffs of Dover, written by two Americans who had never seen the white cliffs, most associated with the war era, as symbolic of resilience and hope, in Britain’s darkest moment when the country was fighting alone. Vera also sang this song and was compared with Winston Churchill as the Briton who best exemplified the spirit of the 20th century.

Paradoxically, the song has been used in many ways since World War II, perhaps most memorably and ironically in the final scene of the Stanley Kubrik film Dr. Strangelove as a nuclear bomb was being launched. Most recently  and more appropriately, the song was mentioned by Queen Elizabeth II in her televised address on April 5, 2020  when she invoked the wartime spirit of World War II to urge  the nation to  overcome the Covid-19 virus by remaining resolute in the face of lockdown and isolation.  The Queen quoted Vera in ending her address, “we’ll be with our friends again, we will be with our families again, we’ll meet again.”

The song remains popular, almost a monument of Britain’s past, resolute and disciplined, with implications that better days will return. Vera may not be as important as Churchill in the British story, but she play an important role in keeping up the spirit of the nation and raising morale  with her warm personality and optimistic outlook.  She exhibited that quality in raising by her front-line visits to the troops including one to Burma in 1944 for which she was later given the Burma Star. In 1975 Vera was made a Dame Commander of the British Empire. The  100th birthday of the Forces’ Sweetheart was celebrated by a 100 to 300 foot tall image of her face projected onto the cliffs of Dover.  The bluebirds were not there at the time.