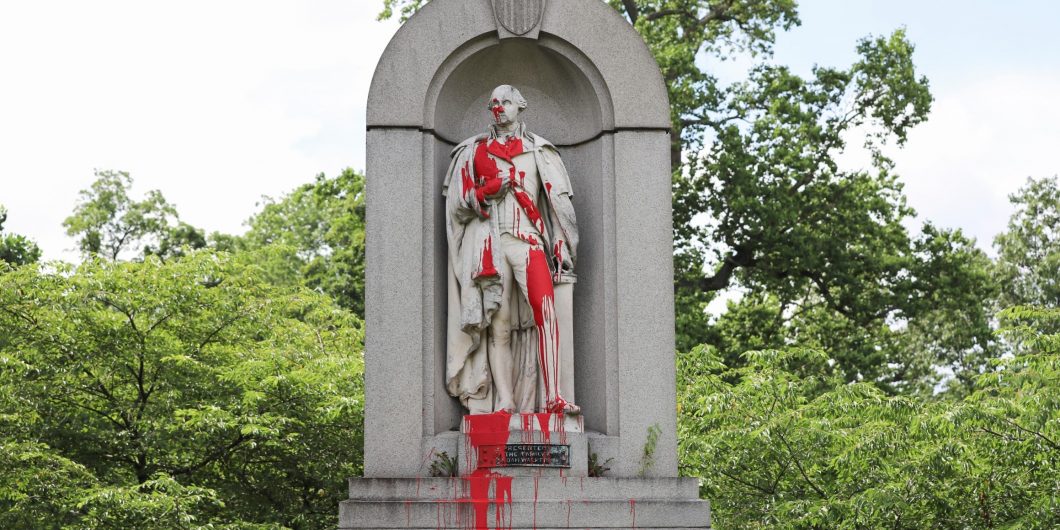 The tradition of all dead generations weighs like a nightmare on the brains of the living. –Karl Marx, The Eighteenth Brumaire of Louis Napoleon

The idea of the past as nothing but a nightmare, specifically one of injustice, is probably the prevailing historiographical trope of our time. Certainly no one could reasonably claim that nightmares have been lacking in human history. And yet, at the same time, it is undeniable that there has been progress: very few of us would care to take our chances in the kind of conditions, either political or material, that prevailed in, say, the 16th century.

The fact remains, however, that for more than one reason, history-as-nightmare is nowadays an infinitely more powerful organising narrative principle than history-as-progress.

In the first place, nightmares present themselves much more vividly to the imagination than the slow accretion of progress, just as hell is much more easily envisaged than heaven—and more enjoyable to imagine, too.

In the second place, when progress occurs, it is immediately taken for granted, as if it were a merely natural process that had never really required human effort to take place. Who now is grateful for the elimination of the suffering caused by peptic ulceration, for example? There is simply no cultural recollection of peptic ulceration at all, though well within living memory books were written about how to live with, or despite, your ulcer, what diet to take to assuage your ulcer, and so forth. Once they are cured, it is simply taken for granted that people do not have such maladies—progress magically did away with them.

In the third place, and most importantly, the fact of progress is much less useful to political entrepreneurs than is the narrative of history as nothing but a nightmare that continues to the present day and, as Marx put it, weighs upon the brain of the living. Only by keeping the memory of the nightmare ever-present in the minds of their sheep, thereby stoking resentment, may the political shepherds herd, and then fleece, the flock.

A fourth great advantage of history-as-nightmare is that it explains the failures and failings of everybody who is dissatisfied or disappointed with his life. To misquote Shakespeare: The fault, dear Brutus, is not in ourselves, but in our stars, that we are underlings. We do not fail the world, the world fails us. How comforting a thought!

This is not to say that resentment is never justified in the abstract. People have been mistreated abominably, both as groups and individuals, throughout history. They can inherit the effects of the mistreatment of their ancestors, the iniquity done to the fathers being visited upon the children, and upon the children’s children, unto the third and fourth generation.

Nevertheless, such inherited effects attenuate with time and can even disappear very quickly, as they did in the case of my own family. Moreover, resentment, even where justified or at least understandable, is never a constructive emotion: for in any given situation, it suggests to the one who feels it all that he cannot do to improve his situation rather than all that he can, thus inhibiting effort. And even when, despite his resentment, he makes successful efforts at improvement, his resentment often sours his success. Many are the successful men and women who carry their resentment with them to their grave.

Because resentment has certain sour satisfactions, it is one of the few emotions that can persist unabated for years: indeed, it tends to increase, because it exists in a mental echo-chamber. One such sour satisfaction is that it allows the one who feels it to think himself morally superior to the world as it is at present constituted, even if he has done nothing to improve it, or done something to make it a little worse. And where resentment leads to action rather than to passivity, it is almost always action that is destructive rather than constructive. It leads also to a considerable quantity of humbug, insofar as it primes people to look for new justifications for their dissatisfactions, and to claim that they cannot be happy until there is no more unhappiness caused by injustice in the world.

The historiography that a person is taught and grows up with has, in my view, an underestimated effect on his psychology. The danger of too optimistic an historiography is that a person will become complacent, self-satisfied and indifferent to the remediable sufferings around him; but too pessimistic an historiography will embitter him and stimulate the resentment that is never very far from the human heart (is there anyone who has never resented?). Of the two deformations, I prefer the former, which at least is likely to encourage a desire to contribute something constructive rather than destructive: but need we have a deformation at all?

Preferable to either deformation is an historiography that is capable of recognising defects and even horrors in a tradition, but also strengths and glories, such that the tradition can survive without remaining obdurately stuck in its worst grooves. This requires a certain sophistication, that is to say, an ability to hold in the mind more than one thought at a time. It also requires the recognition that, man being a fallen creature, perfection is not of this world and cannot be demanded of the past, however glorious aspects of it might be. Suffice it to say that the encouragement of such sophistication hardly seems to be the order of the day in our educational institutions.

There is a cultural equivalent of the Second Law of Thermodynamics. Once entropy has gone far enough, there is little left to save. To change the analogy slightly, the baby will have gone down the plughole well before the bathwater. That will soon follow, of course, and an empty bath is an uninviting place.