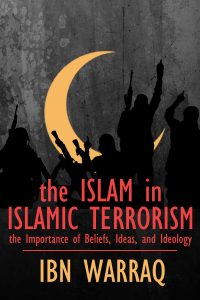 NASHVILLE, TN, UNITED STATES, October 31, 2022 — In the wake of the Salman Rushdie attack, during a time when the people of Iran are full revolt against Islamic theocracy, and while the world watches passively as Afghanistan sinks back into primitive theocratic rule, Amazon has chosen to remove one of the most important books of Koranic exegesis explaining the viewpoints of the Rushdie attacker, the Mullahs of Iran, and the Taliban of Afghanistan: “The Islam in Islamic Terrorism: The Importance of Beliefs, Ideas, and Ideology” by the renowned Koranic scholar, Ibn Warraq.

Ibn Warraq has been hailed as a scholar of great integrity, courage and intelligence by our century’s towering figure in Near Eastern Studies, the late Bernard Lewis of Princeton University. Ayaan Hirsi Ali credits him with inspiring her work, and Douglas Murray calls Warraq “one of the great heroes of our time.”

“Perhaps, like most tech companies, Amazon hires young and inexperienced people to run their operation,” said New English Review Press publisher Rebecca Bynum. “Unfortunately, I believe they have come out of the university system without the ability to reason properly. For just as Biblical exegesis cannot be accused of promoting hatred of Christians, neither can honest criticism of the Islamic holy texts be a cause of hatred. No text, religious or otherwise, should ever be above criticism. Indeed, I was under the impression that question had been settled after the Inquisition, but apparently not.” 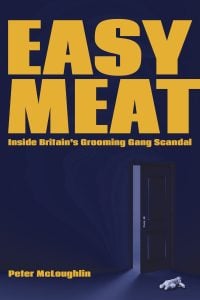 Amazon’s banning of the Warraq book follows on the heels of their earlier banning of another NER Press title, “Easy Meat: Inside Britain’s Grooming Gang Scandal” by Peter McLoughlin, which chronicles the actions, or rather the inaction, of the police, social services, justice system and government in the face of the widespread phenomenon of very young British girls being groomed and then pimped out and held in virtual sex slavery by gangs of grown men. Lately, the British press has been filled with trial after trial, as these men finally face justice after British officials had turned a blind eye to the phenomenon for over twenty-five years. The officials did this for fear of being called racist, losing their jobs, and/or becoming social outcasts due to the race and religion of the perpetrators, which naturally should have had no bearing on the administration of justice. As Theodore Dalrymple commented: “Those who think that political correctness is only a harmless absurdity perpetrated by intellectuals will soon be laughing on the other side of their face when they read this book.”

As usual, no specific reason has been given for this latest book’s removal. NER Press appealed and that appeal was denied within two hours. “The Islam in Islamic Terrorism” had been on sale since May of 2017 and “Easy Meat” since March of 2016. Both had over 85% five-star ratings and both sold well. Mr. Warraq is the author of 17 books and “The Islam in Islamic Terrorism” was also translated into Korean.

“Our books will continue to be sold elsewhere and I really don’t see the point of Amazon’s removing these older books in our catalogue,” added Ms. Bynum. “It is my hope that with Elon Musk’s acquisition of Twitter, the extreme censorship to which we have been subjected over the past several years will begin to abate. There is no freedom at all without freedom of thought and the freedom to express those thoughts.”