America, Born of the Hebrew Bible

Liel Leibovitz writes in the Tablet about a new book which makes the case that the American worldview has always been rooted in the Five Books of Moses. 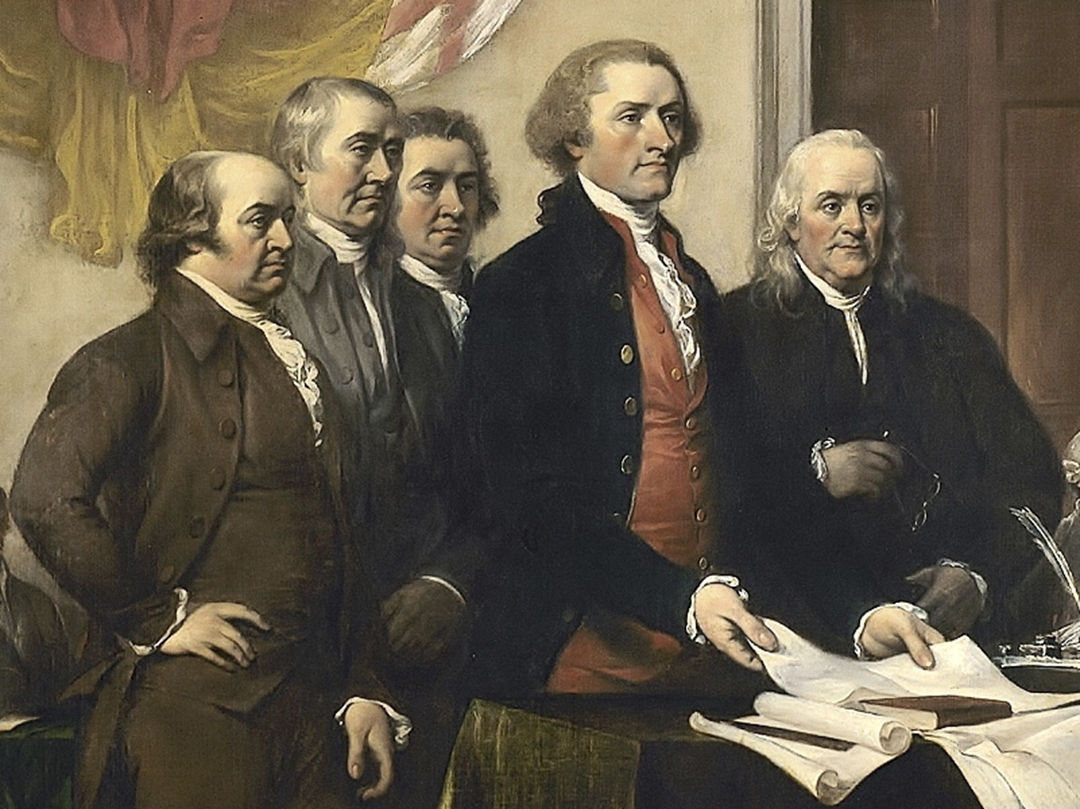 America, G.K. Chesterton once observed, was “a nation with the soul of a church.” Make that a shul: As Proclaim Liberty Throughout the Land, a powerful new book, argues, “the American Republic was born to the music of the Hebrew Bible.”

Its editors—Rabbi Meir Y. Soloveichik, Matthew Holbreich, Jonathan Silver, and Stuart W. Halpern, of the Straus Center for Torah and Western Thought at Yeshiva University—make their case, in the fine tradition of our wise forefathers, by laying before us scroll after scroll of source material, showing us the Biblical thread that binds everything from the Mayflower Compact to Lincoln’s second inaugural address.

Clarified by the editors’ illuminating introductions, these historical documents make a strong case for just how firmly our republic was always rooted in the fertile theological soil of the Hebrew bible. Rather than the transactional spirit of John Locke, who they preceded, the pilgrims were moved by a deeper, wilder spirit. Here, we see them speaking not of social contracts—a shaky base, that, for something as unearthly as a nation—but of covenants, the newcomers to America understanding themselves to be the latest in a human chain that began with Noah and Abraham and that owes its existence to its Creator and His will.

Thus thunders John Winthrop, in 1630, that “we are entered into covenant with Him for this work… The Lord will be our God and delight in all our ways, so that we shall see much more of His wisdom, power, goodness, and truth than formerly we have been acquainted with. We shall find that the God of Israel is among us, when ten of us shall be able to resist a thousand of our enemies, when He shall make us a praise and glory, that men shall say of succeeding plantations, the Lord make it like that of New England.” It’s a model of a covenantal political community taken straight from the prophet Micah, who reminded us that “it hath been told thee, O man, what is good, and what the Lord doth require of thee: Only to do justly, and to love mercy, and to walk humbly with thy God.”

Covenant, however, is just one part of the theological trinity that America borrowed from the Jews at the moment of its creation; the other two elements are exodus and chosenness. We see the former at play on that most pregnant July 4th, the one in 1776, when, contemplating the newborn nation’s seal, Thomas Jefferson proposes “The Children of Israel in the Wilderness, led by a Cloud by day, and Pillar of Fire by night,” and Benjamin Franklin, not to be outdone, counters by proposing Moses at the Red Sea, raising his staff. The journey from the house of bondage to the land of liberty spoke loudly to the Founders, who saw in Judaism’s foundational story something stronger than mere metaphor. The same is true of choseness: Winthrop, Cotton Mather said of his Puritan elder, had carried “a colony of chosen people into an American wilderness.”

This idea—that Americans, like the Israelites of old, have been singled out by God and instructed to erect a city on a hill that would shine its light unto the nations—is far from a historical side note. It is, arguably, the engine that drove America to grow from a string of struggling colonies to something much grander and more consequential. The language of divine election may sound too wild for us these days, too rich with perils and prejudice; but even if we no longer wrestle with this idea as our predecessors once had, this idea still, behind our backs, wrestles with us.

Which, again, makes Proclaim Liberty Throughout the Land such a treasure. Far from a mere compendium of ancient curiosities, it could—and should—be read as a primer on how Americans think, and have always thought, about community and about government, about justice and about faith and about all other topics that move the hearts of women and men. It’s only right, then, that the book ends with Lincoln, a president whose understanding of America’s soul was, perhaps, peerlessly layered. “I recollect thinking then, boy even though I was, that there must have been something more than common that those men struggled for,” he said in an address to the New Jersey State Senate in 1861, “that something even more than National Independence; that something that held out a great promise to all the people of the world to all time to come; I am exceedingly anxious that this Union, the Constitution, and the liberties of the people shall be perpetuated in accordance with the original idea for which that struggle was made, and I shall be most happy indeed if I shall be an humble instrument in the hands of the Almighty, and of this, his almost chosen people, for perpetuating the object of that great struggle.”

Seven score and eighteen years later, we remain God’s almost chosen people. Now, at least, we’ve a marvelous book to help us understand our promises and predicaments, both bequeathed to us by the glory of the Hebrew Bible.