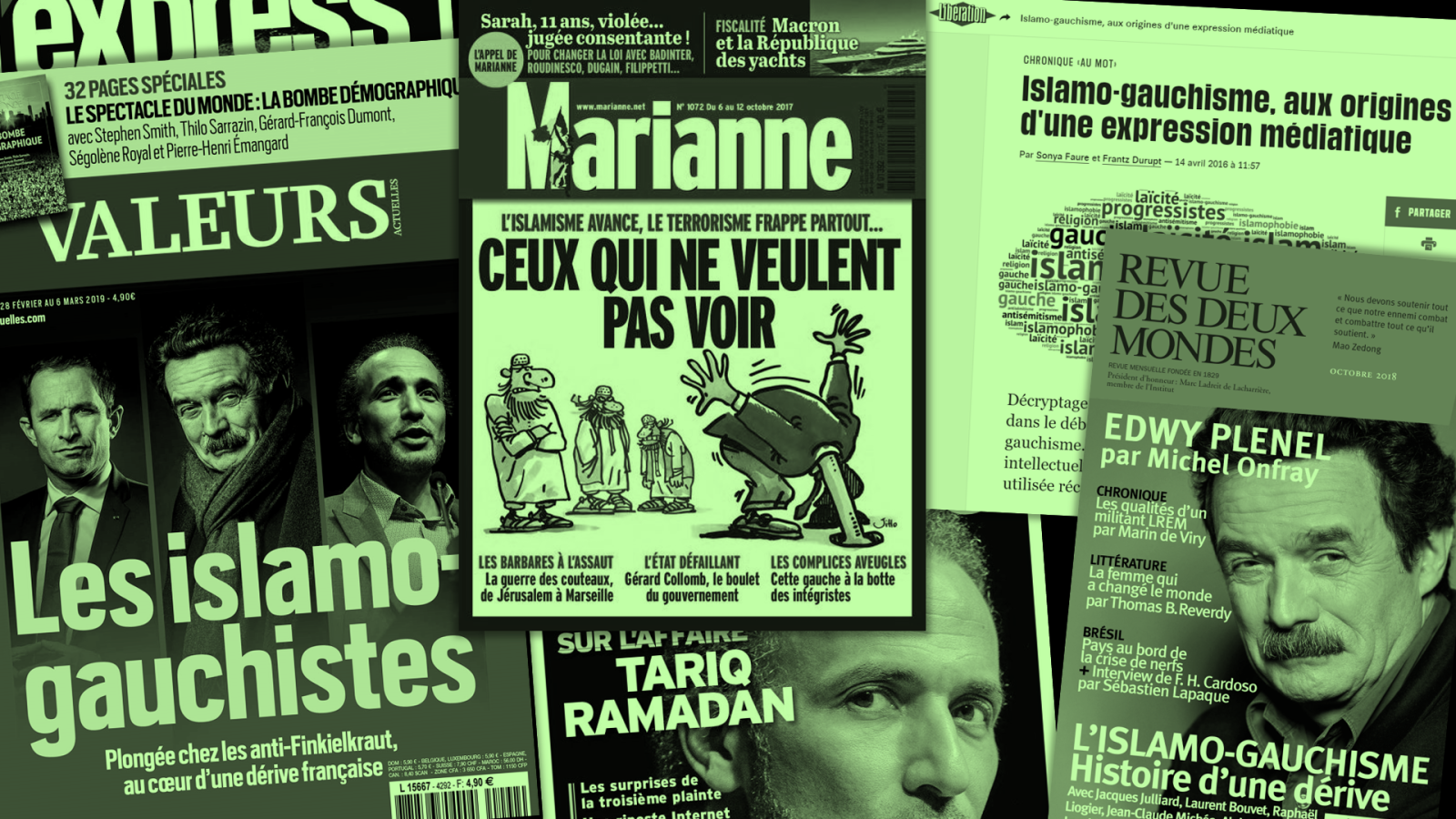 The cancel culture war continues in western countries in politics, in academia, and in commerce. In England, Oxfam, the nonprofit confederation of a number of charitable organizations founded in 1942, focusing on aid to overcome global poverty, has introduced a survey of its 1,860 staff, most of whom are white, asking how they considered themselves, non-racist, anti-racist, or neither. The implication is that non-racism was not sufficient, one has to be anti-racist, The survey states that “Racism is a power construct created by white nations for the benefit of white people. This power construct has been based on viewing white people as superior.”

This notion of left-wing whiteness is demonstrated elsewhere. In July 2021, the bronze sculptures in Winnipeg, Manitopa, of Queen Elizabeth II, head of state, and her great-great grandmother Queen Victoria, 1837-1901, were hauled down and daubed with red paint. Anger had been increasing as the result of recent discoveries of about 750 unmarked graves of indigenous children at resident schools. The incident took place on July 1, 2021, Canada Day, the annual   celebration that marks the founding of the country by British colonies in 1867.

For the protestors, who wore orange clothing, the symbol of resistance, the royal figures are the faces of colonialism. For good measure elsewhere in the country, a statue of Captain Cook, explorer and navigator, the first Briton to land in British Columbia, was taken down and thrown into the harbor in Victoria. In its place, protestors erected a wooden red dress, a symbol representing murdered and missing indigenous women.

In France in February 2021 the Paris Opera released a report on the diversity of its company that has 1,800 employees. This followed a complaint by five black members of the ballet  company calling for greater diversity.

These Canadian, French and British events and similar manifestations of the culture war are not battles of military weapons or disputes over borders or actions of counter-terrorism, but conflicts of ideas.  The democratic world is confronted by the symptoms of ideology, “wokery,” regarding race, gender, and post-colonialism, and Islamist threats, antithetical to the normal way of life in democracies. The issue is made more complex as woke activists are quick to blame the western establishment, and to decry attempts to deal with the issue as “Islamophobia.”

Related to cancel culture in France is a conspicuous controversy in politics and in academia over the threat posed by Islamo-gauchisme. The term was coined by philosopher Pierre Andre-Taguieff to indicate an alliance of leftists and Islamists of various persuasions to challenge society and universities. Taguieff himself criticized these enemies of European civilization as wanting to “decolonize, demasculate, deEuropeanize,” eager to attack the straight white male, the culprit to condemn and the enemy to eliminate.  The term was used by others, academics and politicians, who associate it with an emphasis on issues of race, gender, systemic racism, white privilege, and social class.

On one side in this intellectual conflict are thinkers and French political leaders who have been well aware of cancel culture on campuses, a virus or gangrene, and of Islamism and “Islamo-gauchisme.” They use the term because of the refusal of some leftist academics to criticize radical Islam and who believe French Muslims are being persecuted.

On the other hand, action against cancel culture is viewed as justifying censorship and attack on those who speak about discrimination of Muslims in France.

The war is on. Elisabeth Moreno, black junior government minister for gender equality and diversity, has called the woke culture very dangerous and should not be brought to France.  She personally refuses to ascribe her professional success to her gender or race, but ascribed them to her accomplishments.  She applauds French universalism which means that people should be recognized not because they are women or LGBT or because they have a different ethnicity.

Cancel concept activity has caused concern. The French higher education minister, Frederique Vidal, biologist and educator born in Monaco, announced in February 2021 that universities were infected by Islamo-leftism, and then said she was launching a “scientific study,” a fact finding report, on academic writings, to ascertain whether  they were objective, real,  research or post-colonialism, left wing  activism and opinion. She ordered an investigation   into cancel culture on campuses.

French scholars are aware of the hostility towards those who are critical of Islamo-leftism. This was shown in May 2021 when Nonna Mayer, a right-wing well-respected political scientist, was announced as a candidate for the presidency of the National Foundation of Political Science. She is well known for her research on issues of prejudice, racism and antisemitism. But she was accused of validating the concept of Islamophobia and criticism of systemic racism and intersectionality. The war continues over her candidacy.

French President Emmanuel Macron has focused on the issues of “separatisms” in France but recently has focused on radical Islamism, wanting to tackle Islamist separatism, and to foster an Islam of the Enlightenment compatible with the values of the Republic.  He has proposed greater control over mosques, certifying and training imams in France , offering Arabic in public schools, tighter controls over religious and cultural associations,  limiting home schooling, and controlling speech that contradicts republican values. He has clarified the concept of laicite, the French version of secularism.  He has defended secularism, even the right to blaspheme. The French model, Macron asserts, is unlike the American model: it is universalist, not multiculturalist: “I don’t care whether someone is black, yellow or white, whether they are Catholic or Muslim… a person is first and foremost a citizen.”

On the question of cancel culture, Macron is obviously ideological and has been very vocal and active on the issue. In June 2020 he criticized universities for stressing the “ethnicization” of the social question, which was splitting the Republic in two. In June 2021 Macron reinforced his position, asserting that French society was increasingly becoming racialized, and that wokish leftist culture, feminists and black rights activists insisted on defining people by gender, ethnicity, and skin color. This focus on race and on the past opens up divisions and encourages a culture in which minorities and women see themselves as oppressed and subject to discrimination.

Macron recently has been critical of “intersectionality,” the logic of which fractures everything. The concept of intersectionality seeks to explain the role played by race, gender, and other social factors in affecting the behavior of people. Macron repeats, “I stand for universalism. I don’t agree with a fight that reduces everyone to their identity or their particularity.  Social difficulties are not only explained by gender and the color of your skin but also by social inequalities.”

On this Macron has been influenced by academic and media discussion. The American idea of intersectionality was made known in France by Gilles Kepel who in his book, Le prophete et la pandemie, wrote of its advocates and of the Islamo-leftists, who have the upper hand in universities and stand in the way of any critical approach to the Islamic phenomenon. The paper, Le Figaro, published an article how Islamo-leftism and intersectionality are “gangrening our universities,” stating that the convergence between the Muslim fundamentalists and the Ultra-left was making head way in French colleges.

One interesting aspect of this French discussion on race and cancel culture is the argument that American social science and movements against racism and BLM, have influence French discussion. Taguieff argued that the black question was a totally artificial importation into France, driven by hatred of the West, white civilization. Education minister Jan-Michel Blanquer has warned of a battle against an “intellectual matrix from American universities.” The influence of the “American style Black question” have raised the question that France is importing American racial and identity politics, and woke culture, American ideas on race, gender, post-colonialism, are undermining and causing division in French society.

President Macron warned of certain social science theories entirely imported from the United States. “Anglo-Saxon traditions are not ours. We must clearly re-invest on a massive scale in the field of social sciences, history, and understanding of civilizations.”