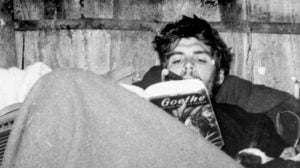 Some algorithm somewhere has decided that I’m undereducated, for regularly I receive via my internet server invitations to join masters’ courses at universities—at considerable expense to me, be it added. The algorithm appears not to have noticed that I’m past the age at which a further qualification, or pseudo-qualification, will do much for my career (as promised by the invitation) because my career is over.

The courses on offer seem to me to be exercises in the purest careerism, both of those who take them and those who offer and run them. They are harbingers of a brave new world in which political correctness comes to rule through the creation of a self-righteous and ruthless bureaucracy that has been trained to believe that it’s working for humanity’s benefit rather than for its own.

The latest such offer I have received (for only $15,000) is an on-line master’s course in “Media, Ethics and Social Change,” in which I will “learn the skills to use the power of digital media to bring about social change.” In other words, it’s a course in such arts as agitprop, surreptitious censorship of opposing views, and false insinuation. I don’t think it takes much imagination to guess what kind of ethics or social change will be promoted by the course, and I doubt that much attention will be given on it to the possibility that things can get worse as well as better.

Here is the profile of one of the teachers of the course:

Her Ph.D. … investigates the concept of “digital ubiquity”—here referring to the notion that digital technologies are omnipresent in everyday life—and the sets of epistemological and material conditions that are intertwined with it. It explores how the discourses that theorize, narrative, advocate, and oppose digital technologies in their many facets are iterative of specific epistemological and material conditions, and how these are tied with Mark Fisher’s notion of capitalist realism. Capitalist realism refers to the idea that, within contemporary imaginaries, it’s difficult to imagine different ways of living to those offered by capital. It explores the concepts of digital ubiquity and capitalist realism in conjunction with one another, and addresses how and where digital technologies—as extensions of capital—materialise capitalist realism as a ubiquitous force in everyday life.

[She] has recently been involved with … an intersectional digital humanities project exploring questions of gender and Digital Humanities from different angles. Her entry … explores where intersectional concerns interact with instances of political refusal, specifically in terms of those who are most subject to police and state violence.

The first thing that the MA students will learn, then, is a new language or dialect (assuming that they haven’t learned it already), much as new recruits to freemasonry must learn the rituals and to recognize one another by a handshake.

No one who is not an initiate would use the word narrative as a verb, for example, as it’s used in this passage; to narrative is simply not English usage encountered anywhere but the academy, and is moreover of such hideous ugliness that only complete linguistic philistines would consent to utter it.

Students must learn—if I may for a moment take a leaf from the book of the person whose profile I have just quoted—to verbize nouns and to nounize verbs. (Incidentally, neither verbize nor nounize causes any reaction in my spellchecker, nor does the use of narrative as a verb raise any objections from my computer, which is so fastidious, though sometimes mistaken, about the placement of a comma or an apostrophe. Hence, what starts in the academy trickles down into the world at large, and we disregard what goes on there at our peril. The poet Shelley said that poets were the unacknowledged legislators of the world, but irrespective of whether this was ever the case, it’s certainly not true now: it’s teachers such as the one whose profile I have quoted who now fulfill that role, and ultimately wield more power than any merely elected politician.

I learned the importance of universities in Central America, when I went there to write a book about the civil wars that were then raging there. The general opinion among those who took an interest in the region (they lost interest as soon as the likelihood of social revolution of a utopian kind receded) was that the wars were the result of the social oppression and economic exploitation of the peasantry, which had spontaneously risen up against the established order and produced inevitable revolutions, to quote the title of one book by an academic student of the region.

No, the source of the revolutionary activity in Central America was the universities, which had been expanded very rapidly, beyond the capacity of the rest of society to absorb and employ the graduates in the important positions to which they believed themselves entitled by virtue of their education. And no one is more dangerous than a disgruntled graduate, who must either be absorbed into a useless or harmful bureaucracy at an inflated rate of pay, to the detriment of the productive parts of the economy, or left to fester dangerously at the margins of society.

It’s for this reason that I do not entirely disregard offers such as the one I received to “learn the skills to use the power of digital media to bring about social change.” The language used in the profile of the teacher may be horribly ugly, it may indicate an inability to think clearly or express ideas well, but neither beauty nor clarity are its aim. Its purpose is to create apparatchik and nomenklatura classes, already well on in formation.