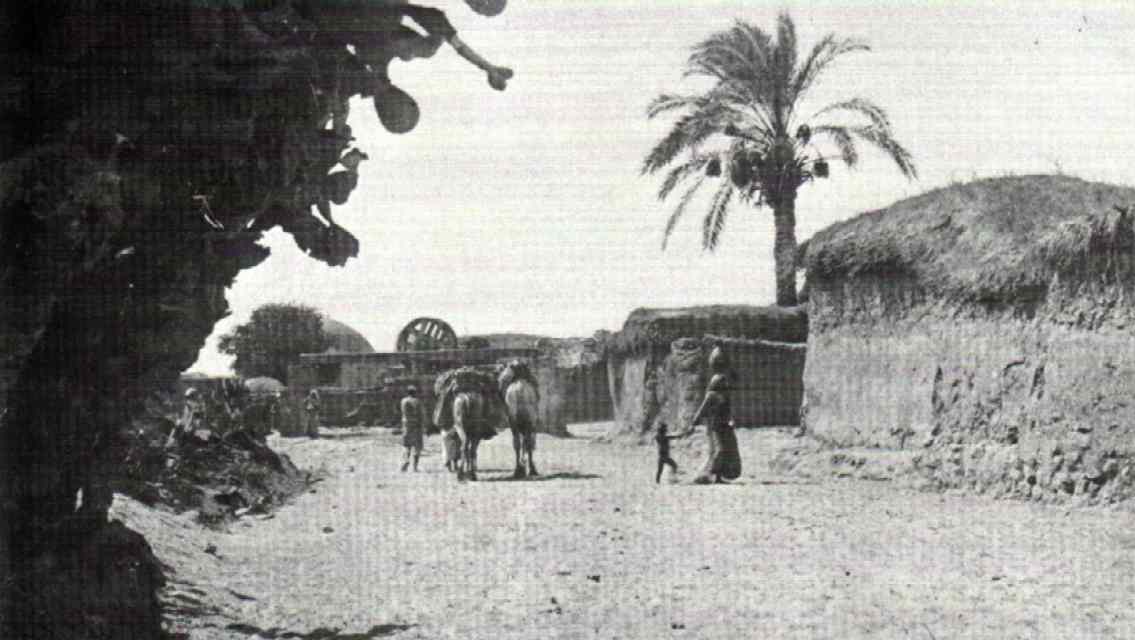 Mahmoud Abbas promotes an egregious historical fabrication, claiming that the Palestinians are descendants of the original Canaanite peoples.

However, the name “Palestine” is not related to Arab/Muslim culture.  It is a derivative of the Philistine people (Plishtim, Polshim – invaders – in Hebrew), who were expelled from the Greek Aegian Islands in 1300 BC and invaded the southern coast of Judea (Land of Israel) in 1200 BC. In 136 CE – upon crushing the Jewish Bar Kochba rebellion – the Roman Emperor Hadrian renamed Judea, calling it Palestina (a derivative of the Philistines, who were an aggressive enemy of the Jewish people), aiming to erase the Jewish Homeland, Judaism and the Jewish people from human memory.

The fact that most Palestinians are descendants of Arab migrants was exposed on March 23, 2012 by a former Hamas Minister of the Interior, Gaza-based Fathi Hammad, in an interview with Al Hekmat TV: “We all have Arab roots. Every Palestinian in Gaza and throughout Palestine can prove his Arab roots, whether from Saudi Arabia, Yemen, or anywhere….Half of my family is Egyptian…. More than 30 clans in the Gaza Strip are called Al-Masri (“the Egyptian”). Half of the Palestinians are Egyptians….”

Prof. Moshe Brawer of the Hebrew University, a leading global authority on Israel’s geography, documented the impact of the 1920s and 1930s waves of Arab immigration on the exceptional expansion of Arab villages in the Land of Israel. This followed sustained Arab immigration during the years from 1832-1840 when the Egyptian ruler Muhammad Ali Pasha conquered the area (“Immigration as a factor in the growth of the Arab village in the Land of Israel,” Merhavim 2 periodical, 1975).  Following WW1, waves of immigration were triggered by major British Mandate infrastructure construction projects, such as military bases, roads, railroad and warehouses, in addition to the expansion of Jewish commercial agriculture (especially citrus) and residential construction, which created growing demand for labor force.

According to Prof. Brawer, the Arab population growth rate – especially along the coastal plain, which attracted most of the immigrants – was dramatically higher than the natural growth rate (births minus deaths). His findings were consistent with those of the US Biblical geographer, Edward Robinson, the British Palestine Exploration Fund and official documents of the British Mandate.

Thus, between 1880 and 1919, Haifa’s Arab population surged from 6,000 to 80,000, mostly due to migrant workers.  The eruption of WW2 accelerated the demand for Arab manpower by the British Mandate’s military and civilian authorities.  Beginning in 1882, legal and illegal Arab migrants were, also, attracted by economic growth, generated by the Jewish community.

According to a 1937 report by the British Peel Commission (featured in Prof. Efraim Karsh’s Palestine Betrayed), “during 1922 through 1931, the increase of Arab population in the mixed-towns (including many Arab immigrants) of Haifa, Jaffa and Jerusalem was 86%, 62% and 37% respectively, while in purely Arab towns (very few Arab migrants) such as Nablus and Hebron it was only 7% and a decrease of 2 percent in Gaza.”  The 1831-1947 wave of Arab immigration triggered dramatic growth of the Arab populations of Jaffa (17 times), Haifa (12 times) and Ramla (5 times).

In 1865, the British traveler, H.B. Tristram, documented in The Land of Israel: a journal of travels in Palestine, Egyptian migrants in the Beit-Shean Valley, Acre, Hadera, Netanya and Jaffa.

In conclusion, Arabs have not been in the Land of Israel (Palestine) from time immemorial; Palestine’s strategic location has attracted waves of Arab immigration, but has no Arab roots; no Palestinian people was ever robbed of its land; there is no basis for an Arab “claim of return”; and the pursuit of peace must dwell on reality, while rejecting misrepresentations, falsifications, hate-education and wishful-thinking.