Empedocles and the Borogoves & The Great Dismal Swamp 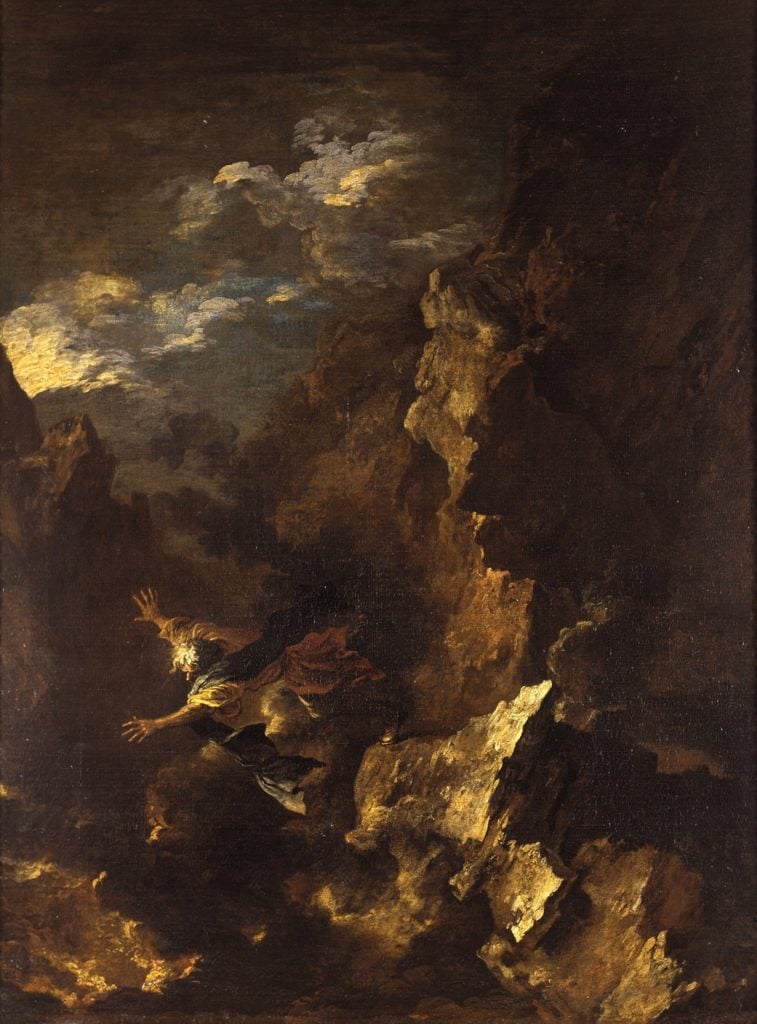 “Mind is the spell which governs earth and heaven,  / Man has a mind with which to plan his safety; / Know that, and help thyself!”
—Matthew Arnold, Empedocles on Etna

“Why is there something and not nothing?”
Sophia asked, and her inner Other man-
splained: “Well, something is nothing,
babe, but raths that outgrabe are mome,
you see. Don’t try to do ontology at home,
it’s ‘rocket science’—Higgs bosons in a can!
Sublunar stuff is thus necessarily reified,
for you and me!” Sophism’s subtle words,
however, Empedocles mocked in an aside:
“Go tell it on Etna to the tweety birds!”

Hating animal sacrifices, he offered rams
of honey-molded meal, and kids and lambs
crafted from sprouts and cardoon thistle,
to the hungry gods. Him blowing a whistle
on their BS, Sophia’s lovers proscribed
poets’ access to their stuff. It’s not denied:
Empedocles was the last bard to do philosophy
(aside, of course, from the Notorious B.I.G.,

Bob Dylan, and Nietzsche). “East of the sun,”
he said, “lives a fellow called Gautama
in a land that’s quite near Hindustan,
or India, who says, sweetie, just like me,
it’s not wanting things that sets you free.
And this chap admits, too, he’s nothing but
a fish reborn, that once leapt from the sea,
a bush, a bee, an owl . . . the wanton slut!”

Not wanting to fail at apotheosis,
feeling divine, Empedocles, at 109,
sprang, they say, into Etna’s fiery womb,
which later threw up one of his sandals.
But Pausanias interogated such scandals:
“How is it, then, they show his tomb
at Megara in Greece?” he asked. “I saw
it in Attica once, across from Salamis.”

“All mimsy were the borogoves, / And the mome raths outgrabe.”—Lewis Carroll (Charles Lutwidge Dodgson), mathematical lecturer at Christ Church, Oxford, “Jabberwocky,” in Through the Looking-Glass (1871)

The fifth-century BCE Sicilian Greek poet-philosopher Empedocles is said to have concluded his life by jumping into a caldera on Mount Etna, which later threw up one of his bronze sandals in an eruption.

A petitioner in pro per,
I stole this from Ange Mlinko:
I’m in the mud for love*
(flattery, Ange, you know).

The mud is mediocre,
and knee boots I don’t underrate;
but what if the swamp’s a bit dismal,
get real, it’s also great!