The Roundhouse of Monterrey 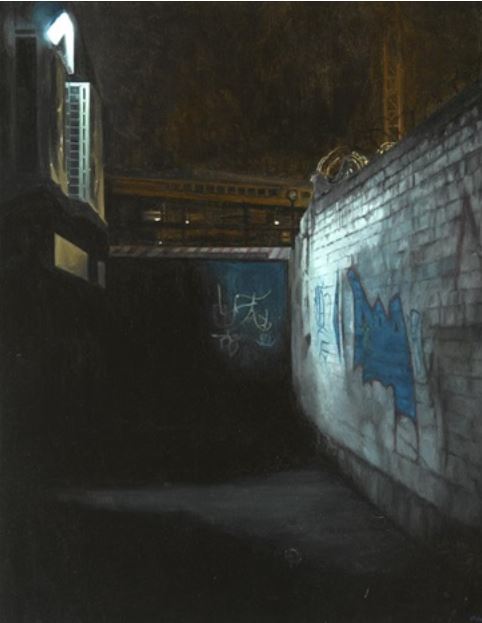 Dr. Mathew Collins survived the paralytic Iranian toxic ambush not with muscle weakness, but with superhuman strength. It was now December 26. A San Antonio mob leader named Grange convinced Collins to use that strength to rid San Antonio of a deadly drug cartel leader by attacking an opposition drug lord’s home in Mexico.

The moon was full, and the mountains surrounding the big city of Monterrey were outlined as a black border separating the land from the sky. The Lear jet touched down and Grange nudged Collins awake.

A large Mercedes sedan was waiting for them.

“You will meet with Señor Choyo Santoya.” The driver had no further words until they met with their host.

Choyo picked up a photograph and turned it toward Collins.

“You are the man in this photo.” Santoya’s English was excellent. “You are Señor Mathew Collins?”

It was a picture of an overturned car. Santoya next held up a newspaper picture of three overturned vehicles. “You are responsible for these?”

“Yes, I overturned those cars.”

“My agent in San Antonio, Señor Castez has joined my competitor. By your presence here, you agree to perform a non-violent feat of strength for me. It will eliminate an extremely vicious opponent of mine who lives in Monterrey, and I will deal with Castez for you in San Antonio.” Santoya showed them another photograph–of a large house shaped like a dinner plate. “The man lives in this place.”

Collins looked at the strange house. It looked like a flying saucer atop three sets of stilts.

“Do you remember the Bible story or the C.B. DeMille movie Samson and Delilah, Señor Collins?”

Santoya tented his fingers. “Samson destroyed the pagan temple of his enemies by pushing away its supporting pillars. I want you to knock down each of the three pairs of poles holding up this disc-shaped house.”

“How? I can turn cars over. I’ve never uprooted concreted pilings supporting a building.”

“Remember the movie, Señor Collins. You will get between the two poles at their bases and push them outward from their pedestals.”

Collins looked at Santoya. “What happens to the people in the house? You said your task was non-violent.”

“The owner of the house is away until New Year’s Day. This feat will send him a message he is not to return to Monterrey.” He puffed on his cigar.

Santoya handed Collins another document showing it was the only structure on this mountain segment known as Chipinque.

They left in the same Mercedes and drove up the steep incline. Collins strained his eyes in the black night and wondered what was up ahead.

Suddenly, the driver quickly turned off into a space just fitting the car.

“Use this rope to lower yourselves to the right level.” The driver watched Collins and Grange descend the rocky slope.

They lowered themselves slowly and reached the house. Several low lights were on in the saucer-shaped home. Collins spoke,“I don’t see anyone moving inside.”

“Wait. Look at the gate.” Grange handed Collins a mini-binoculars.

“It’s some kind of guard.” Collins inhaled deeply. “I told you I don’t want to be associated with murder or innocent ‘collateral’ damage.”

Flipping two-and-a-half ton cars and limos were the maximum test of Collins’ strength so far. He pondered his task and muttered to Grange, “The house must weigh twenty times as much. Each set of support pillars distribute a third of the house’s weight.” He got between the two poles like Samson in Cecil B. DeMille’s movie of the biblical story.

Collins spoke to the brisk evening wind as Grange focused on searching for guards. “This can’t possibly work by my using my arm and shoulder muscles alone. I need to put my back, legs, and arms into it.” He turned around facing one pole and held on to it with his legs against the second pole. “Better. I’m using my legs, back, shoulders, and arms.” He increased the pressure until he felt his body tightening like a sailboat halyard stanchion. “Nothing works like in the movies.”

“Craaack.” The noise startled Collins and Grange. The sound came from the pillar beneath his feet. He resumed increasing the force slowly. “Craaack. Crump.” The pole moved off the metal connector and concrete base and broke from its house attachment above. It made a loud thump and cracking-rolling noise as it careened down the Chipinque slope.

“Snaap. Crunch.” The second pole followed its mate. He went to the middle pillars.

One of the two guards heard, and saw, the column pieces separate and roll down the Chipinque. He unshouldered his MAC-10 and spoke into a walkie-talkie.

Grange held his 9mm in an outstretched arm and remained out of sight to the wary guard.

Collins went to the center poles and whispered .”Can I do the same thing? The pressure from the house is now increased with a third of the support gone.” He assumed the same position and increased his force against the first pole. It seemed like forever before he heard the telltale “Craaack” as the pillar detached from the base and house connections. It went crashing down the mountain. Collins assessed the remaining center pillar. It was vibrating and looked close to breaking. He sped to the last set of poles and ran right into the second guard with a MAC-10 pointed at his chest.

The guard yelled something in Spanish at Collins who raised his hands. A second Spanish jumble went into a walkie-talkie. The guard sneered at Collins. His trigger finger increased its pressure just as a red-dot suddenly appeared on the guard’s forehead. The guard’s head disappeared following a muffled “pop”. The man’s body fell to its side with a “pow-pow-pow” issuing from his still-clenched MAC-10. A “Creak, Crack, KaPop” sequence broke into the air as the remaining center pillar fractured. The house began making a loud moaning noise as part of the disc-abode began to lean down.

Collins looked at the remaining set of two pillars. He looked up at the saucer-shaped house. It was moving. He was at the last two poles. The one facing him was bending. He jumped between the poles and pushed with his legs against the bowing shaft. It separated from its attachments with a loud “snap”. He rolled off the intact pole and to the left side as the house began to topple. Collins moved laterally as far as he could, and held onto a small tree. The last pillar snapped with a sound like a cannon shot. The house fell to his right and detached from the mountainside.

Collins looked up. Sparks arced with intense blue flashes where the electrical wires originated. He could see the entrance door standing by itself directing any potential guests to the empty night air. The house slid past him with grating, crunching sounds, and continued toward the base of the Chipinque over a mile below.

“Matt. Get back over here.” Grange waved to him and handed him his rope line. When they arrived at a level with the house’s gate, they looked around for the other guard.

“Over here.” Choyo Santoya’s man waved from the idling Mercedes.

Grange and Collins ran toward the car as they saw Santoya’s man raise his night-scope rifle to his shoulder. It was too late to hit the ground. A muted “bang” followed by another caught their ears as they continued forward. They stopped, checked their bodies, and looked ahead. They were okay.

The car door was opened for them. “Quickly. We must leave immediately.” The man threw the rifle into the trunk, and the car descended the tortuous mountain road.

“I thought you were shooting at us.” Grange puffed the words.

“The other guard was taking aim at you. I had to stop him,” He said.

“We weren’t sure about guards for the house. They were going to kill you. The Mexican police will not miss two dead murderers. It was a community service.” Santoya’s man looked to his driving.

Collins closed his eyes as the Lear jet leveled off for the 45-minute flight back to San Antonio. He wrapped a blanket around his torso and sipped a cup of hot coffee. His clothes were wet with sweat and the air-conditioned plane made him shiver. They hadn’t packed any extra clothes. Grange asked the pilot to heat up the plane and the changing temperature with almost tactile warmth brought sleep. Collins dreamed of Nancy and Frankie and their warm San Antonio home.

This is an excerpt from the author’s new terrorist thriller, The Helios Rain.