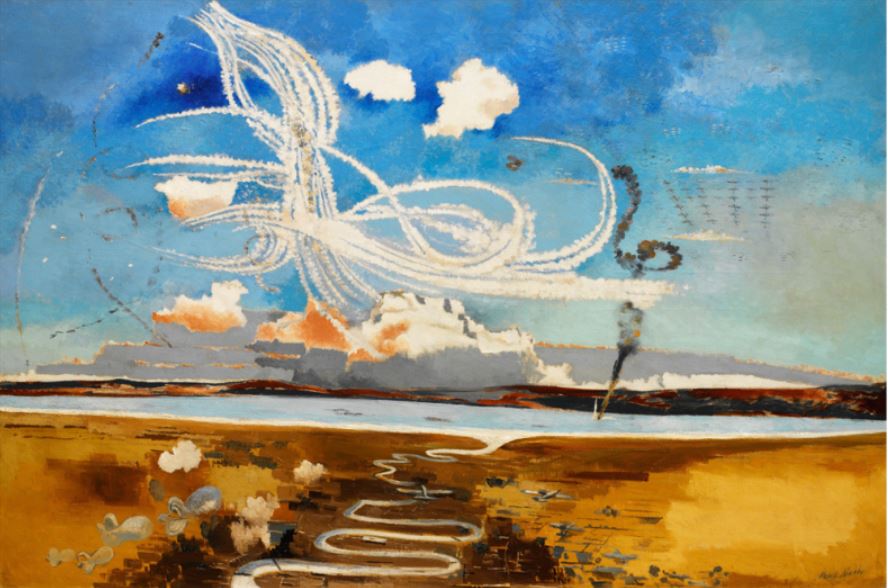 Correlli Barnett died this July. The Press did not make a great fuss of him in the obituaries, and mid-ranking entertainers got as much space. The CBE was his top honour, and he was Keeper of the Churchill Archive Centre in Churchill College, Cambridge. He was the first of our historians to challenge the myths of war-time and post-war Britain, and in so doing he began the work of revisionist history which continues to this day. But the story of Britain’s post-war decline begins in the war itself, and its conduct by our military leaders.

The Desert Generals (1960) was the first assault on the reputation of Field Marshal Montgomery. Previously the unquestioned hero of El Alamein—the name he retained in his title, Viscount Montgomery of Alamein—Montgomery was subject to a forensic examination of his strategy.Barnett regarded the great battle as unnecessary, since the coming US landings in North Africa, ‘Operation Torch,’ would have forced the Germans to retreat anyway. Barnett gave much credit to General Auchinleck, Montgomery’s predecessor, whom Churchill fired for his cautious approach. Churchill tended to fire generals until they came up with a victory. Barnett’s criticisms caused outrage to Montgomery’s supporters, many of whom had fought in the Eighth Army. But The Desert Generals changed the entire picture of the British war effort, as it had been painted in bold colours by Churchill—who said ‘History will be kind to me, for I intend to write it.’

Correlli Barnett went on to write The Audit of War: The Illusion and Reality of Britain as a Great Nation (1986). This was a wide-ranging and deeply-informed polemic against Britain’s performance not only in WW2, but in earlier years when Britain’s industrial base was outperformed by Germany and the US. Indeed, throughout the Second World War, British productivity was about a third of that achieved by the US and Germany. To take a single telling point: the Spitfire was a superb machine, much loved by pilots and the public. But it took almost twice as long to make one as a Messerschmitt 109, its rival. British industry was scandalously inefficient, held back by incompetent management, restrictive practices and labour obstructionism. The unions, often led by open Communists, sensed that the future was going their way and did not stint to make trouble while the going was good (as it remained until the coming of Thatcher). Policy overall was driven by welfare as a guiding principle. These and a host of related failings were smothered by a profoundly misleading claim: ‘We won the war.’ Britain did not ‘win the war’ but was on the winning side, with victory largely (but not exclusively) due to Russia and America. Yet one still hears that cry, especially in football matches.

The Lost Victory: British Dreams, British Realities 1945-1950 (1995) was the final chapter in Correlli Barnett’s audit of Britain. It is an angry elegy for a land of lost opportunities that will never come again. The Lost Victory is an indictment of post-war thinking and policy, governed by Clement Attlee’s immense victory for the Labour Party in July 1945. He was swept into power by an irresistible yearning for the New Jerusalem that the people believed they were owed after the privations of war. The Conservative Party, which had governed from 1935 to 1945, was utterly discredited and there was nothing to stand in the way of the Socialist ideology. To take a single leading example, the National Health Service was founded by Aneurin Bevan, who had been designing what Barnett calls ‘the gilded cupola on top of the proudest tower of New Jerusalem, in the form of a free and comprehensive national health service.’ The money wasn’t there, but Bevan refused to admit it and in his memorandum to the Cabinet the topic ‘Finance of the Service’ is accorded two paragraphs out of fifty-four. Reality broke in, as it would. ‘The rush for spectacles, as for dental treatment, has exceeded all expectations.’ That rush failed to deliver results. (As all Americans note, the bad teeth of the English is notorious. It remains inexplicable that even today people go into politics without getting their teeth fixed.) Bevan had failed to make realistic operational and logistical calculations, but remained strongly opposed to charges for appliances. When Hugh Gaitskell, Minister of State for Economic Affairs, complained of the lack of up-to-date cash-flow information, Bevan made the ultimate threat: he would resign if he did not get his way. Gaitskell, for him, was ‘a desiccated calculating machine.’ The outbreak of the Korean War in the summer of 1950 blew away the assumptions on which British economic policy had been founded. But what you could call the War of Bevan’s Hearing Aid went on. The NHS became, in Nigel Lawson’s phrase, ‘the closest thing to a religion the British people have.’ It remains so, and this behemoth, widely reckoned to be in urgent need of reform, cannot be touched. To tinker with it resembled, said Barnett, ‘nothing so much as endeavouring to fit brakes on a toboggan already committed to the Cresta Run.’ O Aneurin Bevan, thou art mighty yet.

I end, as does Barnett, with the image that closes The Lost Victory. When Michael Heseltine became Deputy Prime Minister in 1995 he presented a copy of the book to all members of the Cabinet. That image is still the guide to the state of the nation today. And it is still as ineffective in bringing about change.

In a powerfully romantic metaphor the novelist Joseph Conrad likened the island of Britain to ‘a mighty ship bestarred by vigilant lights–a ship carrying the burden of míllions of lives’. In summer 1950 this liner, having survived the great storm of the Second World War thanks to an American tow, was wallowing slowly ahead, perilously overladen, more rusty than mighty. In need of being rebuilt from the keel up, she had instead undergone only a superficial refit, with items of new technology bolted on to her Victorian structure. Money which should have gone into such vital re-equipment as new engine-rooms had been spent instead on a costly new sick-bay, spacious new cabins for the crew and passengers, and on a world-wide public relations campaign to proclaim the importance and prestige of a line constantly teetering on the verge of bankruptcy. The board of directors was not alone to blame for this state of things: the ship’s officers and crew were so devoted to the old vessel, its worn-out machinery and its familiar routines that the very idea of adapting to a virtually new ship appalled them. The passengers too had no wish to see her drastically altered: they were fond of her in all her traditional if faded splendour, and they just wanted to enjoy a quiet, comfortable and relaxing voyage, not too disturbed by the bickering between the officers and a lower-deck unwilling and discontented to the point of recurrent mutiny.

PrevThe Personal Computer of the 21st Century
Class and CasteNext